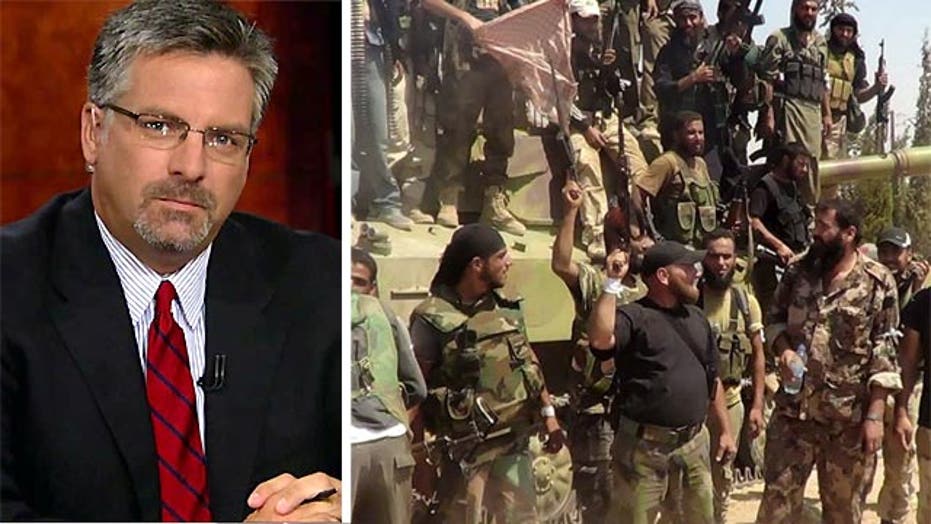 Hayes: Obama aid to Syrian rebels could have had “real impact” 18 months ago

Stephen Hayes said Friday on “Special Report with Bret Baier”that President Obama's request for American money to train and equip Syrian rebels “is the kind of aid that could have had a real impact had it taken place 18 months ago.”

The request is part of a larger $65.8 billion package for Pentagon and State Department programsthat also includes $1 billion for Syria’s neighbors now dealing with a flood of refugees. It also reflects a growing concern about the Syrian conflict’s spread of extremists, now spilling over into neighboring Iraq, with the Al Qaeda-inspired ISIS moving into Iraq and capturing much of the northern part of the country.

Hayes, a columnist for the Weekly Standard and Fox News contributor claimed the Obama administration’s failure to act sooner in the Syrian conflict laid the groundwork for the ever-expanding regional crisis.

“You had a Free Syrian Army that was largely secular, and fairly moderate and was taking on the Assad regime," he said. "What happened in the interim is that the Free Syrian Army and its generals turned increasingly to jihadists to help basically survive and fight against the Assad regime. The jihadists grew in number, grew in ferocity and now, rather than have a few clusters of jihadists joining a relatively moderate group of Free Syrian Army fighters, you have ISIS in something that closely resembles an army taking massive swaths of territory in both Syria and Iraq.”

Hayes also said the use of the term “appropriately vetted” is a reflection of that change in circumstances.

“It may be easier to distinguish between the moderates now and the bad guys, the jihadists, as the administration claims, but that's only because there are so many more jihadists with so much more power."