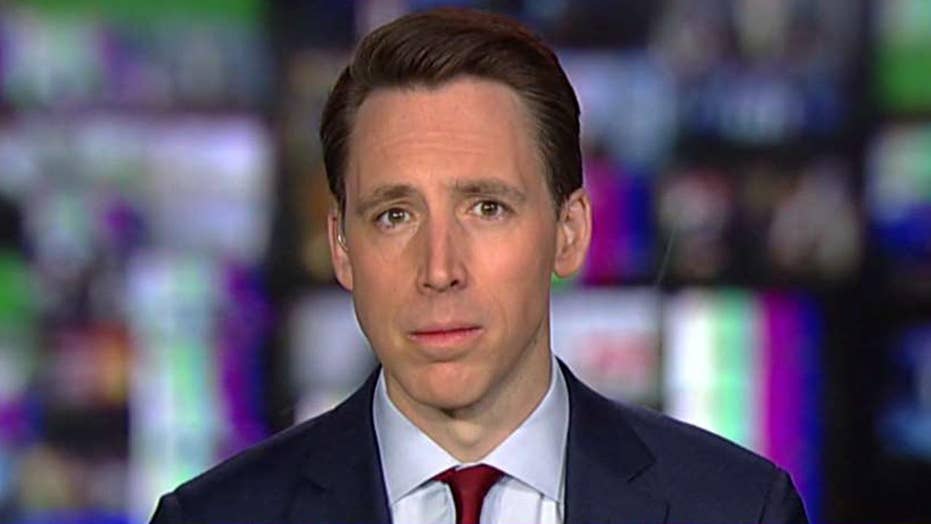 Missouri GOP Sen. Josh Hawley, a Yale Law School alumnus, is calling for the attorney general to cut off federal funding if the school continues to 'discriminate against students of faith.'

"Even though Yale is not a state institution, it is still subject to statutory restrictions because it receives federal funds," Hawley, who graduated from Yale Law School, wrote to Barr. "And as a law school, Yale is obligated to foster respect for the law. That includes fostering respect for students, their constitutional rights, and their deeply held religious beliefs." 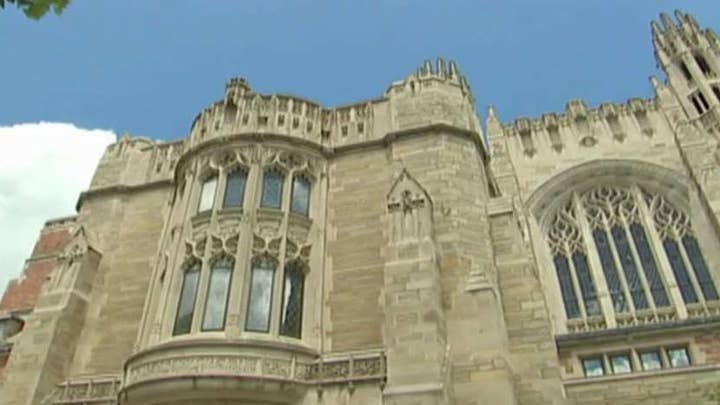 Tensions first flared in February, when members of the Yale Federalist Society invited a lawyer from the Christian legal organization Alliance Defending Freedom (ADF) to speak on campus, a move that enraged Yale’s LGBT group “Outlaws," who characterized ADF as a "hate group."

The students called for Yale to stop providing stipends to students who worked over the summer in the ADF's popular Blackstone Legal Fellowship. In turn, Yale Law School Dean Heather Gerken thanked students for their "leadership," and announced that  "the Law School's nondiscrimination policy will extend to the Summer Public Interest Fellowship (SPIF), Career Options Assistance Program (COAP), and our post-graduate public interest fellowships."

That policy change, Hawley wrote to Barr on Tuesday, amounted to an effort to "block students who work for certain faith-based organizations from accessing resources available to all other students," and prohibit "prohibits students from receiving school resources if they work for an organization that takes religion into account when hiring."

Following a conservative backlash -- including a separate letter from Hawley and Cruz's announcement of an investigation -- the law school put out a new statement affirming that it does not discriminate based on religious beliefs.

"We recently decided that the Law School will require that any employment position it financially supports be open to all of our students," the statement read. "If an employer refuses to hire students because they are Christian, black, veterans, or gay, we will not fund that position."

The Yale statement continued: "We are in the process of putting this policy in place. It will solely concern hiring practices. It will not inquire about political goals, litigation strategies, or policy objectives of the organization. It will also include an accommodation for religious organizations and a ministerial exception, consistent with antidiscrimination principles."

But Hawley wrote to Barr on Tuesday that more details are necessary to confirm whether Yale's statement was actually meaningful.

"Last Thursday, after receiving negative media attention for targeting religious students, Yale changed its tune and now says that it will craft a new policy that includes an exemption for 'religious organizations,'" Hawley told Barr. "But the circumstances surrounding Yale’s announcement suggest that whatever exception Yale does create may be inadequate. When Yale first announced its policy, it did not do so in a void; it did so in response to student protesters.

"Those protesters demanded that Yale strip funding from students who work for Alliance Defending Freedom, a religious organization," Hawley continued. "When announcing its policy, Yale praised those protesters for their 'leadership' in raising the issue. And in response to questions about the policy, Yale both declined to include a religious exemption and specifically identified students who work for Alliance Defending Freedom as students the policy targets."

Citing the 2017 Supreme Court case Trinity Lutheran Church of Columbia, Inc. v. Comer, Hawley wrote that, if a public school had adopted Yale's initial policy, it would have been struck down as unconstitutional because it “target[s] the religious for ‘special disabilities’ based on their ‘religious status.’”

As a recipient of federal funds, a similar prohibition applies to Yale.

"Given this background, there is a real risk that whatever definition of 'religious organization' Yale promulgates will be unreasonably narrow, giving the false impression that Yale is protecting religious students while it is in reality capitulating to the demands of student protesters who want to target certain religious classmates for special disfavor," Hawley wrote to Barr.

He concluded: "I request that your Department protect the rights of these students by monitoring closely the changes Yale is making to its policy and by taking all appropriate legal action to strip Yale of federal funding should it—as an institution that is supposed to be neutral about religion—target religious students for special disfavor. Thank you for your attention to this matter."

Fox News is told a similar letter is being sent to the Department of Education.