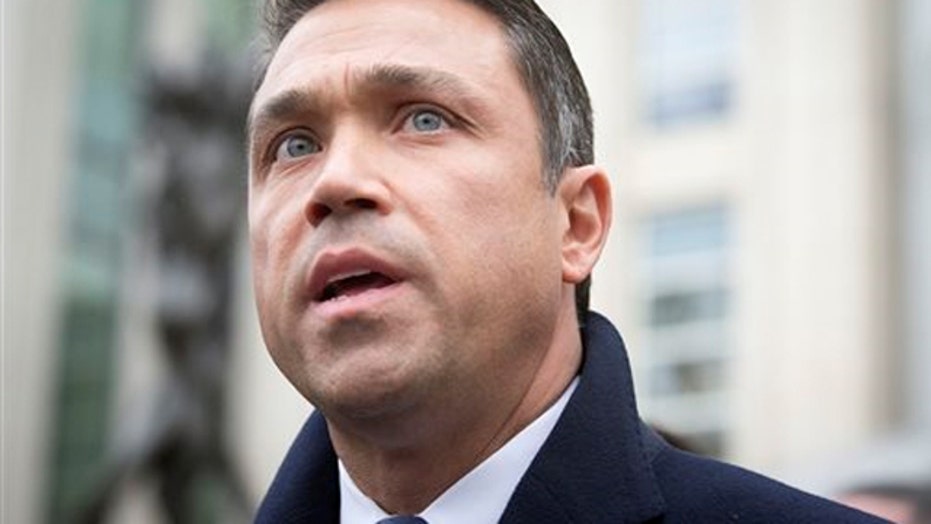 Who will succeed Grimm's House seat?

The resignation this week of New York GOP Rep. Michael Grimm has spawned a short list of potential Democratic and Republican candidates but no clear frontrunner for the open seat.

However, Grimm easily won a third term in the GOP-leaning district, which Republicans have held since 2011, despite his legal woes and essentially no support from Washington Republicans.

Grimm pleaded guilty on Dec. 23 to tax evasions, from 2007 to 2010, in connection with his Manhattan health-food store Healthalicious.

Though Grimm originally said he would continue to serve, he resigned after talking with House Speaker John Boehner.

Malliotakis, who in Albany represents Brooklyn and State Island, has for years reportedly wanted to run for the seat and on Monday told reporters that she was “taking a serious look” at such a campaign. She also said she would announce her intentions shortly after talking with family, supporters, party leaders and county committee members.

Donovan is considered popular among local Republican leaders. He recently became involved in a national controversy for failing to get a grand jury indictment against the police officer involved in the death this summer of Staten Island resident Eric Garner.

The unarmed black man died after the officer pressed a police baton on his neck to force him under arrest.

The grand jury decision -- along with the death this summer of unarmed black teen Michael Brown during a police encounter -- sparked protests across the country. But residents in the 11th congressional District strongly support the police.

Donovan said in a statement Tuesday that he was "deeply flattered by the enthusiastic expressions of support" he has received since Grimm announced his intention to resign and that he was "very seriously considering the race." He would likely be the frontrunner should he decide to run.

The competition to fill the seat will be a special election called by Democratic Gov. Andrew Cuomo that would take place in late winter or early spring.

The leaders of both local political parties are expected to meet with members, then in the coming days interview potential candidates before deciding who they will pick for the election.

The 44-year-old Grimm, a former Marine and FBI agent, faces 24 to 30 months in prison, according to federal sentencing guidelines. He is scheduled to be sentenced June 8.

A victory of Democrats would take away the only congressional seat Republicans hold in New York City.

Democrat Domenic M. Recchia Jr., who lost in November to Grimm in a disastrous campaign effort, has not been mentioned as a potential candidate this time.

McMahon held the seat before losing to Grimm in the 2010 Tea Party wave.

Cusick also reportedly has had a long-term interest in the Grimm seat.

Neither has publicly responded to questions from reporters about whether they will run.