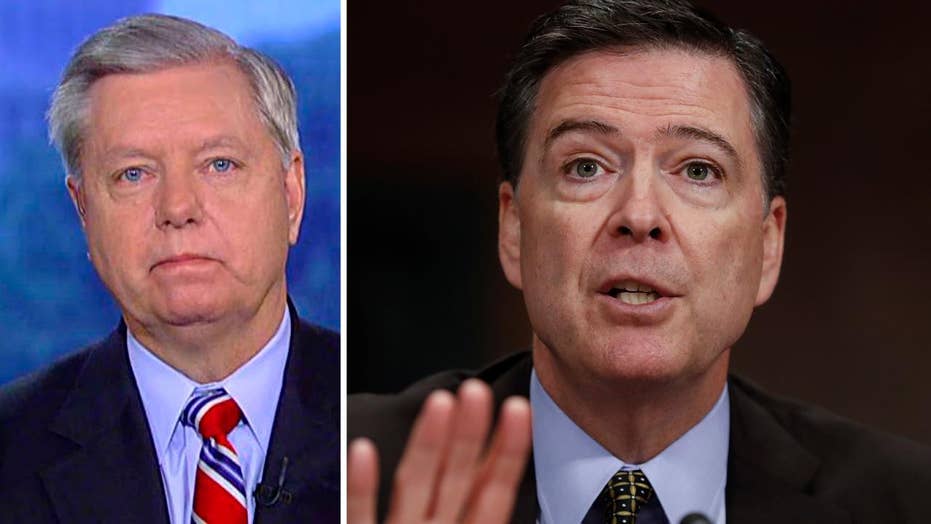 A third former Republican presidential candidate is publicly asking if the Obama administration may have improperly “unmasked” him in intercepts of communications with foreign officials.

Sen. Lindsey Graham, R-S.C., on Friday told “America’s Newsroom” he’d been informed by an intelligence community source that his identity was requested unmasked – a typically rare and scrutinized ask that usually requires the American be the suspect in a crime, be in danger or be essential to understanding the context of the conversation.

“I have reason to believe that a conversation that I had was picked up – with some foreign leader or some foreign person – and somebody requested that my conversation be unmasked,” Graham said. “I’ve been told that by people in the intelligence community.”

Graham’s claim comes less than a month after Sen. Rand Paul, R-Ky., sent a letter to the Senate Intelligence Committee asking if his name “or the names of other members of Congress, or individuals from our staffs or campaigns, were included in queries or searches of databases of the intelligence community, or if their identities were unmasked in any intelligence reports or products.”

Graham and Paul ran as part of a crowded Republican primary field, with neither managing to win a state and both struggling to garner support.

President Trump began the public conversation about unmasking in early March when he tweeted that he had “just found out that Obama had my ‘wires tapped’ in Trump Tower just before the victory. Nothing found. This is McCarthyism!”

No evidence to date has been found indicating a literal wiretap in Trump Tower.

House Intelligence Committee Chairman Rep. Devin Nunes, R-Calif., has known since at least January about concerns regarding the unmasking of Trump team members, Fox News has reported. On Wednesday, Nunes signed subpoenas issued to the NSA, FBI and CIA seeking information on U.S. officials who may have been involved in the unmasking scandal.