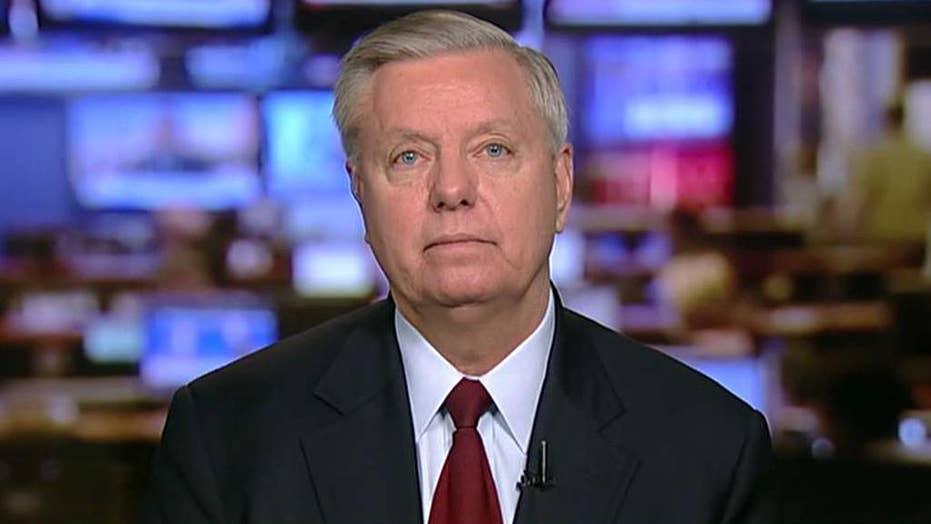 South Carolina senator says on 'Sunday Morning Futures' that he enthusiastically supports spending bill from military point-of-view and that John Bolton as national security adviser will make the world safer.

“So when President Trump meets Kim Jong-un, his national security adviser will be with him,” Graham told Fox News’ “Sunday Morning Futures.” “And the North Koreans know, without a doubt, that John Bolton sees their nuclear program as a threat to the United States and will strongly advise the president to use military force if he has to, which means it’s less likely we will.”

Kim has proposed meeting with Trump, in what would be an historic meeting of the two nations. Trump has tentatively accepted the invitation, amid North Korea’s continued efforts to build a nuclear missile and the United States responding with more economic sanctions.

"John Bolton sees North Korea for the threat they are," Graham said Sunday.

Graham, a Trump supporter, is also considered a military hawk. He served in the Air Force as a lawyer and is a member of the Senate Committee on Armed Services.

“The president ran a campaign that China treats,” Graham said. “I don’t blame them. I blame us. So you cannot be surprised that Donald Trump would do what he said he would do. And from my point of view, it’s welcome news.”

China has in turn said it would impose at least $3 billion on U.S. exports, which along with Trump’s tariff order caused stock markets last week to drop several hundred points.

What will John Bolton mean for White House foreign policy?

Graham also argued Sunday on why he wants a second special counsel -- one that looks into how the FBI and Justice Department is handling the Russia collusion investigation, particularly a loosely vetted anti-Trump dossier that was, at least in part, the basis for the probe.

“Here’s the question -- How much effort did the FBI but in to verifying the dossier,” Graham said. “I can tell you the answer, none. … They took the dossier for face value. It is a bunch of political garbage … It was used to get a warrant, and every American should be concerned about how the (Foreign Intelligence Surveillance Court) process was abused here.”