The White House continues to stand by Chief of Staff John Kelly despite calls for his resignation.

House lawmakers are now investigating how former White House aide Rob Porter was able to work for months under an interim security clearance despite allegations of domestic abuse against him.

Rep. Trey Gowdy, R-S.C., chairman of the House Oversight Committee, said Wednesday that his panel launched an investigation the day before into the circumstances surrounding the former staff secretary's post.

In a letter sent Wednesday to FBI Director Christopher Wray, Gowdy said the panel is investigating the interim security clearance process and "the extent to which any security clearance issued to Porter comported with those policies and processes."

This includes looking at what "derogatory information" was made available to the White House -- "when, and to whom." 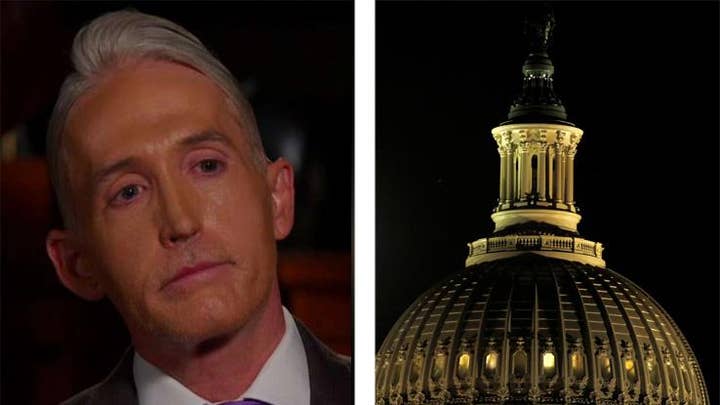 He sent the letter a day after Wray, in congressional testimony, seemed to contradict the White House timeline regarding Porter's background check. Despite White House officials saying that process was ongoing, Wray told the Senate Intelligence Committee that the check was completed in July and the file closed in January.

Gowdy flagged the discrepancy in his letter to Wray on Wednesday.

The investigation underscores how the handling of the Porter allegations continues to roil the West Wing, though officials maintain they were not aware of the extent of the allegations until recently.

Porter resigned last week as allegations from two ex-wives, and specifically a photo showing one ex-wife with a bruised face, emerged. Porter has denied the allegations.

"We are directing inquiries to people that we think have access to information we don't have. You can call it official. You can call it unofficial. Those words don't mean anything to me. What means something to me is I'm going to direct questions to the FBI that I expect them to answer,” Gowdy said on CNN.

Gowdy added that he was “troubled” by Porter’s employment.

"How do you have any job if you have credible allegations of domestic abuse? Again, I am biased toward the victim," he said.

The scrutiny has put particular pressure on White House Chief of Staff John Kelly, who defended Porter when the allegations first emerged. Fox News is told, however, that Kelly is not being pushed out.

White House Press Secretary Sarah Sanders, pressed by reporters at Tuesday’s briefing about Wray’s latest account of the timeline, explained that the White House personnel security office got information last year for what they considered the final background investigation report. However, she said they hadn’t made a final recommendation because “the process was still ongoing.”

But Gowdy was unimpressed, saying the chronology was “not favorable to the White House.”

House Speaker Paul Ryan, R-Wis., said Wednesday the revelations were a sign of a “breakdown in the system.”

The Associated Press reports that staff members still without clearance include senior adviser Jared Kushner. According to Kushner’s attorney, “there are a dozen or more people at Mr. Kushner’s level” who are working without full clearance.

A senior administration official told the AP that that number could be as high as two dozen.

Fox News' Mike Emanuel and John Roberts and The Associated Press contributed to this report.