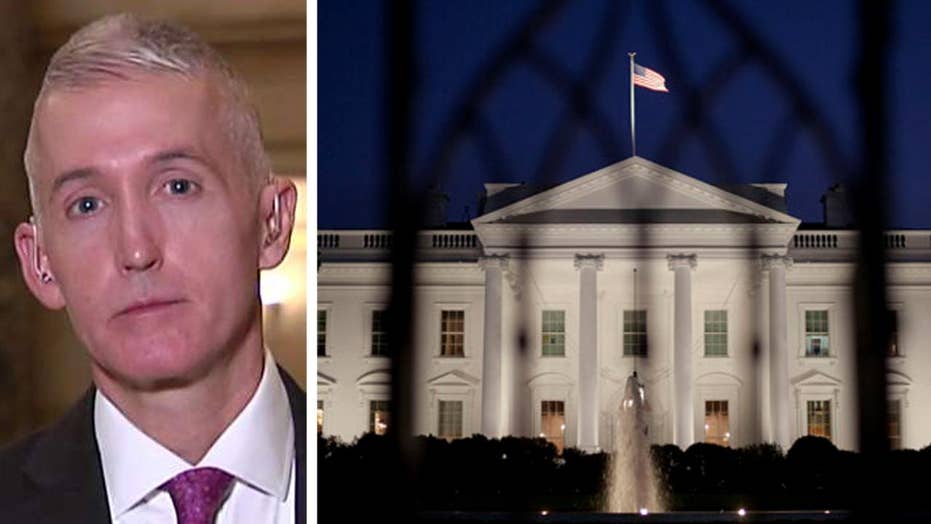 Rep. Gowdy: Leaks are deleterious to our national security

A key Republican lawmaker pressed hard Monday against the FBI director to name the chief suspects in the leaks of classified intelligence, but the G-man did not budge.

Rep. Trey Gowdy, R-S.C., grilled FBI boss James Comey in a dogged bid to determine specifically who could have told the press former National Security Adviser Mike Flynn turned up on surveillance audio, a development that led to his firing.

In a tense exchange, Gowdy, himself a former federal prosecutor, ticked off what sounded like his own short list of suspects. He asked which of former Director of National Intelligence James Clapper, former CIA Director John Brennan, Obama Attorney General Loretta Lynch and ex-White House adviser Ben Rhodes could have known Flynn was caught on tape conferring with the Russian ambassador.

Comey acknowledged all but Rhodes were privy to the information, the disclosing of which is a felony punishable by up to 10 years in prison. Comey said he did not know if Rhodes had access to such information.

Gowdy said the Foreign Intelligence Surveillance Act is in place to protect national security and allows spying on certain foreign agents. Rules state that if an American with Constitutional protections is collaterally caught in such surveillance, his or her identity must be protected.

The fact the Flynn was caught on tape was reported by the Washington Post last year, citing "senior administration officials." But Comey would not say if the FBI is investigating the apparent leak.

“I can’t say because I don’t want to confirm that that was classified information,” said Comey, who had earlier confirmed that the bureau is investigating the claim that Russia meddled in the 2016 election.

"But you confirmed the investigation into the Trump camp Russia ties," Gowdy pressed. "And aren’t these leaks a matter of life and death?"

Comey replied, "Leaks are terrible and taken very seriously," before adding that “there’s a whole lot of wrong information” in newspapers," and saying he did not want to "compound the offense that’s committed."