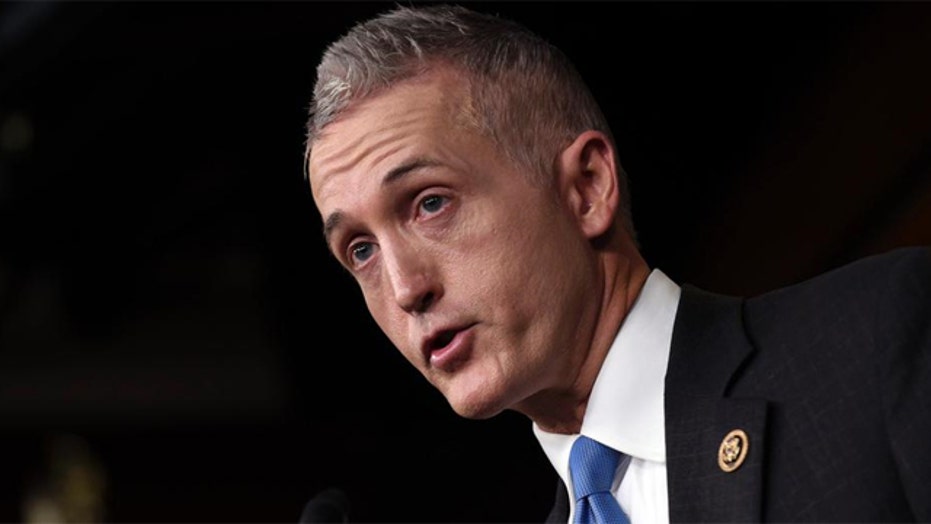 Gowdy, chairman of the House Select Committee on Benghazi, told “Fox News Sunday” that the panel had moved beyond questioning Clinton about her role as secretary of state during the deadly 2012 attacks on the U.S. diplomatic compound in Benghazi, Libya.

However, Clinton returned the focus to herself after revelations earlier this month that she used private email for official State Department business, he said.

“If you look back at the three hearings we have had so far, I have mentioned Hillary Clinton’s name a whopping zero times,” Gowdy said. “We were interviewing witnesses that have nothing to do with Secretary Clinton when this story broke. So to the extent that Democrats are frustrated, they should talk to Secretary Clinton, not me.

"I have mentioned Hillary Clinton’s name a whopping zero times.”

California Rep. Adam Schiff, the top Democrat on the Benghazi committee, accused Gowdy of delaying discussions on Clinton, who in 2013 testified before the House on the issue, until later in the White House race.

“They wanted to put off her testimony as far into the presidential cycle as possible,” he told Fox News. “The question is why are we handling this different? Is it because Secretary Clinton is running for president?

“What does this have to do with Benghazi?  And the answer is, absolutely nothing. This committee has long since departed from being a committee about Benghazi. It’s now a special investigation of Secretary of State Hillary Clinton.”

Gowdy suggested that the GOP-led House going to court to get the deleted emails would be a last resort and that the better course of action is Americans pressuring Clinton into turning over the server to a neutral third-party, such as a retired judge or an inspector general -- a deal to which Clinton seemed open during her press conference last week on the email issue.

He also raised concerns about Clinton and her lawyer deciding which emails were personal and could be deleted.

“I have zero interest in looking at her personal emails,” Gowdy said. “But who gets to decide what’s personal and what’s public? And if it’s a mixed-use email, and lots of the emails we get in life are both personal and work, I just can’t trust her lawyers to make the determination that the public’s getting everything they’re entitled to.”

The House Oversight and Government Reform Committee also is looking into the emails. The office of House Speaker John Boehner declined to comment Sunday on a news report that Boehner will create a new committee to specifically investigate the Clinton emails.