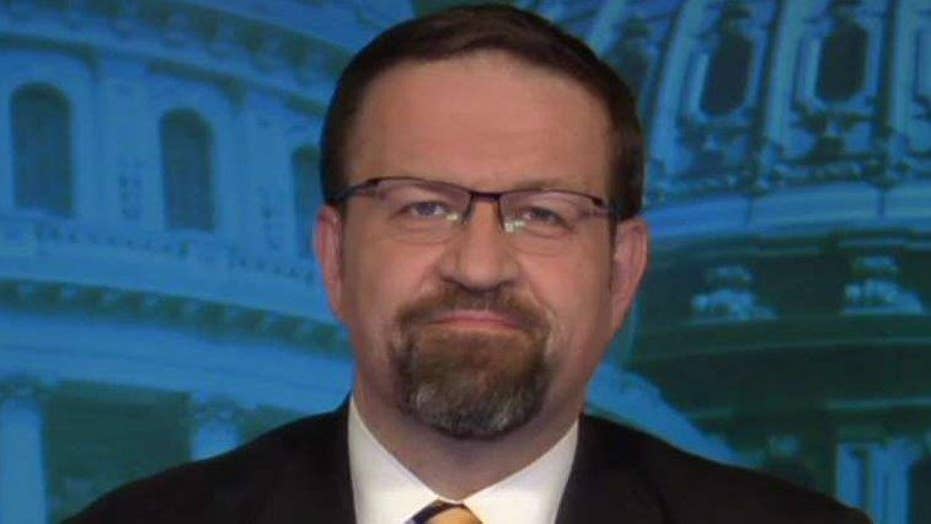 Deputy assistant to President Trump weighs in on 'Hannity'

Dr. Sebastian Gorka, deputy assistant to President Trump, told Fox News' "Hannity" Wednesday night the unmasking of Trump associates caught up in surveillance operations was "what you expect in a banana republic and a police state, or an authoritarian state."

REPORTS IN UNMASKING CONTROVERSY WERE DETAILED, HAD INFO ABOUT 'EVERYDAY LIVES'

Gorka, a former Fox News contributor who joined the Trump administration in January, added that former national security adviser Susan Rice's claims about her role in the unmasking were "falling apart."

"If you compare what [Rice] said two weeks ago, if you compare just the difference in her statements in the last 36 hours, there’s clearly something that is not being openly discussed or disclosed here," said Gorka, who later added, "It's not just smoke, there's actually flames behind the smoke."

Gorka said that if it is proven that the outgoing Obama administration attempted to use the unmasked intelligence reports to weaken Trump's presidency, it would make the Watergate scandal look like "a little spat in the sandbox in the kindergarten."

Gorka also called out Rice and other former Obama administration officials for their criticism of the current administration on social media, saying that they had "unmasked themselves."

He specifically singled out current Georgetown University associate professor Colin Kahl, a former deputy assistant to Obama, for urging a "purge" of certain members of the Trump administration, including chief strategist Steve Bannon and Gorka himself.