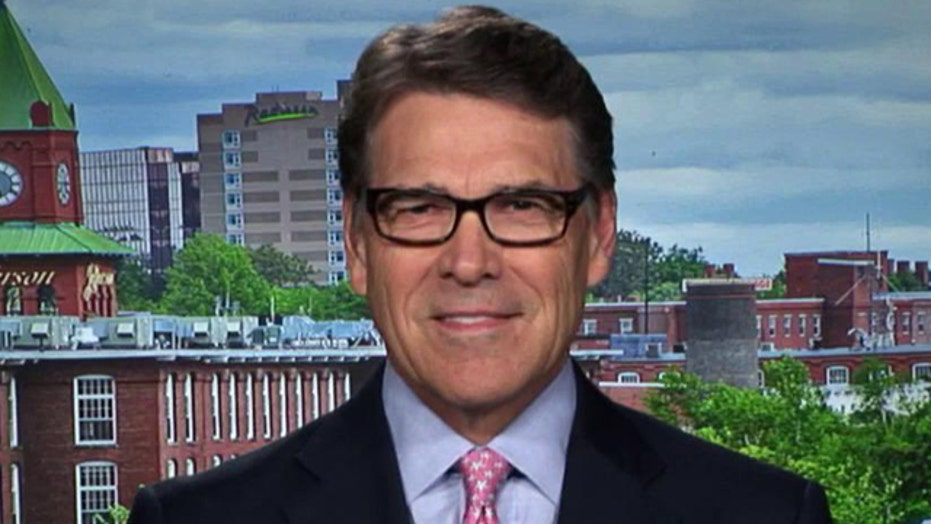 Perry: One debate won't make or break a candidate

2016 hopeful on fight for spot in first GOP presidential debate

Ohio Gov. John Kasich, a Republican presidential candidate, on Sunday defended his support of Medicaid under ObamaCare, arguing the decision was “morally” right.

The issue and Kasich’s explanation was a likely prelude to Thursday's first 2016 Republican presidential primary debate, hosted by Fox News and Facebook, should he qualify for one of the final spots.

He told “Fox News Sunday” that expanding Medicaid saves money and “morally helps people have a great life or a better life.”

“Every once in a while, we help people get out of a ditch,” he also said.

Kasich is hovering around the 10th and final debate spot in the GOP field of 17 -- along with Texas Gov. Rick Perry, who on Sunday also made an appearance on the Fox News Channel.

Kasich and Perry said they want to qualify but that their campaigns would continue either way.

“I’d like to be there,” said Kasich, who entered the race late last month. “It’s an important part of my political future. We’ll just have to wait and see how the polls run out.”

Kasich also argued that he stayed in Ohio to help run the state while many of the other 2016 candidates were “travelling around the country making a name for themselves.”

Perry said the debate was “not a one-shot pony” and that what he does in the early-voting states of Iowa, New Hampshire and South Carolina is equally if not more important.

He also vowed again to do better than he did in the 2012 debates.

“The people will see a very focused, disciplined candidate,” said Perry, who has said the consequences of back surgery and getting into the race late hurt his performance.

The Aug. 6 debate, moderated by Fox News' Bret Baier, Megyn Kelly and Chris Wallace, will be held at the Quicken Loans Arena in Cleveland. To qualify, candidates must meet all constitutional requirements; announce and register a formal campaign; file all required paperwork with the Federal Election Commission; and must place in the top 10 in an average of the five most recent, recognized national polls leading up to Aug. 4.

Kasich also said he’s “opposed” to ObamaCare but that expanding Medicaid helps the disabled and those with drug problems and that lending a “helping hand” is a conservative principle.

The two-term governor also said he disagrees with critics who say the state will be left with the bill for Medicaid expansion when the federal money ends.

Prior to becoming governor, Kasich served in the U.S. House from 1983 to 2001, where in 1995 he ascended to chairman of the chamber’s Budget committee. In 1997, he helped seal a federal balanced budget deal.

Kasich also made a White House bid in 2000, but dropped out before the Iowa Straw Poll.