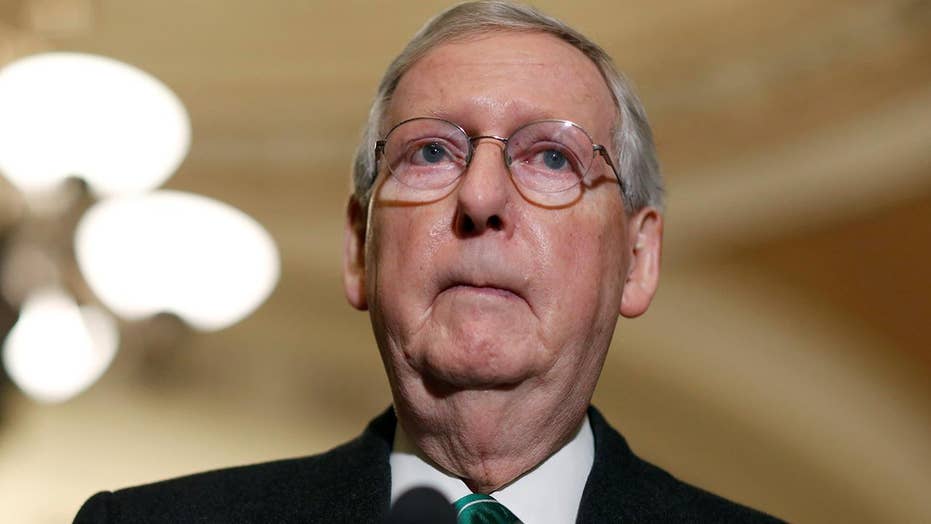 Congress has a version of this. It’s a month called “August.” Crazy congressional things happen in August. This is ironic because, well, Congress is supposed to be on recess in August.

But the biggest question buzzing around Capitol Hill now is whether the Senate will cancel or shorten that recess – and meet anyway.

President Trump initiated this year’s fretting over a canceled recess with a tweet:

“The Senate should get funding done before the August break, or NOT GO HOME. Wall and Border Security should be included. Also waiting for approval of almost 300 nominations, worst in history. Democrats are doing everything possible to obstruct, all they know how to do. STAY!”

A group of GOP senators then launched an effort to stay through the summer’s hottest stretch.

“It is time to drain the swamp. We can help do that by keeping the pumps running in August,” said Sen. Steve Daines, R-Mont.

Daines and others want the Senate to stick around to wrap up spending bills and confirm Trump’s nominees. Democrats may suggest there’s an ulterior motive. Republicans hold a narrow, 51-49 edge in the Senate. Thirty-three seats are up this fall. A staggering 24 of them are held by Democrats compared with just nine for Republicans. Many Democrats facing re-election represent battleground or red states: Sens. Sherrod Brown, D-Ohio; Joe Donnelly, D-Ind.; Jon Tester, D-Mont.; Claire McCaskill, D-Mo.; Bob Casey, D-Pa., and others. Meantime, Republicans are defending conservative strongholds like Wyoming. 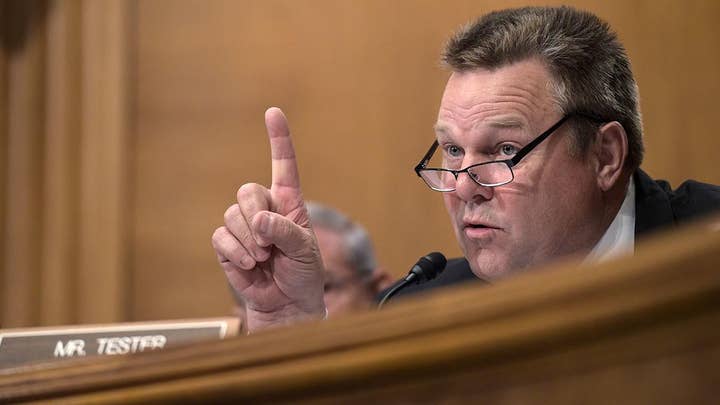 The field is tilted toward the Republicans. It’s a freak of political nature. But neither party has faced an electoral map this challenging since 1938.

So, it’s a great strategy for Republicans to tether Democrats to Washington and rob them of valuable campaign time at home. Meantime, GOP challengers can barnstorm those same states.

There was a big push in the Senate last year to gut the August recess over nominations and the annual defense bill.

But it didn’t really work out. The House cut town. The Senate hung around for a few days in early August, knocking out a massive slate of 77 nominees in one fell swoop with no debate, and got out of Dodge.

But things are different in an election year. Plus, voters are perpetually anguished about Congress “not getting anything done.” Therefore, it looks great to remain in session.

Senate Majority Leader Mitch McConnell was circumspect when asked about carbonizing the recess. 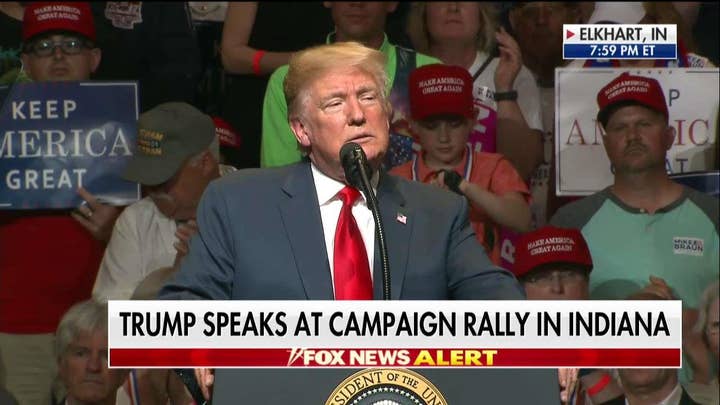 “I’ll have more to say about the August break in the near future,” the Kentucky Republican replied.

Many senators fully expect the Senate to conduct business during at least a part of August -- even if it’s a pantomime for optics or plays out like last summer: in for a few days and then gone.

But what can the Senate really accomplish in August when it comes to the annual spending bills?

A senior Senate Republican source says the Senate may remain in session to work out nominations, but not appropriations.

President Trump is irate over the $1.3 trillion spending bill he signed into law in March to avoid a government shutdown.

“I will never sign another bill like this again,” thundered the president after taking fire from conservatives.

Congress and the president must come to terms with the next round of spending before Sept. 30. Expect DACA, immigration and funding for a border wall to emerge as flashpoints. Democrats and Republicans are working feverishly behind the scenes to reach an accord on spending bills before the Sept. 30 deadline.

It’s unclear whether either body of Congress can knock out a handful of spending bills at all before August. This is why Congress often lumps the 12 annual spending bills into a gigantic, legislative slab and passes them at once. This is what infuriates the president.

There may be an effort to ditch the “omnibus” effort where lawmakers fuse the bills into one. Instead, lawmakers may try a “mini-bus” approach, mixing just two or three bills together.

But something else could derail the appropriations process. Republicans recently cobbled together a “rescissions” bill. A rescissions measure does just that. It cancels spending Congress already allocated.

The Republican effort to nullify old spending could jeopardize good-faith efforts to finish the spending bills in a timely manner.

“Senator McConnell and I, we’re getting along very well. I think we even enjoy each other’s company. He laughs at my jokes,” said Senate Minority Leader Chuck Schumer, D-N.Y.

But Schumer says the rescissions effort “is going to make it harder to get the appropriations process moving forward in a bipartisan way.”

In the old days, Congress deserted Washington in August because it was hotter than fire. The Founders erected the city on a swamp, and the Capitol lacked air conditioning. Thank to Willis Carrier, the inventor of air conditioning, lawmakers no longer have to leave.

This August could be eventful. Or not at all. There could be the illusion where the Senate is meeting – but key votes are only scheduled on certain days, luring everyone back to town. That could maintain the charade that the Senate is “in session working over the August recess.”

So there may be a few days in August where a decade happens. Or maybe nothing at all.