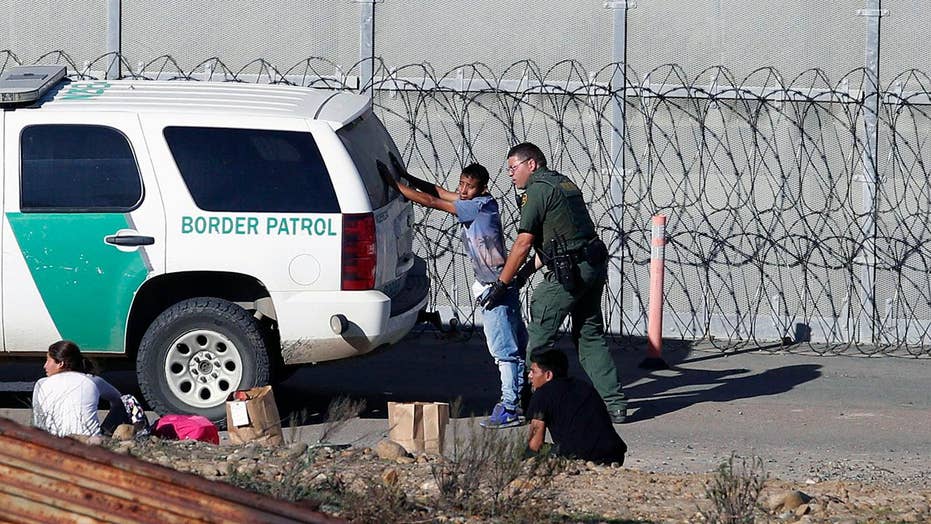 Apprehensions at the southern border were down 60 percent in August from its peak in May; reaction and analysis on 'Outnumbered.'

Senate Republicans this week introduced a bill to implement DNA testing of migrants claiming to be part of family units -- a move aimed at cracking down on child trafficking along the southern border.

Sens. Marsha Blackburn, R-Tenn., and Joni Ernst, R-Iowa., introduced the End Child Trafficking Now Act that would require DNA testing to verify relationships between adult migrants and the children they claim are part of their family. The senators say it will help prevent children from being exploited by drug traffickers and gang members.

“It is horrifying that children are becoming victims of trafficking at our southern border,” Blackburn said in a statement. “By confirming a familial connection between an alien and an accompanying minor, we can determine whether the child was brought across the border by an adult with nefarious intentions. The current crisis at our border is multifaceted and requires a holistic approach. By tackling these problems piece by piece, we will get this situation under control.”

A companion bill was introduced last month in the House by Rep. Lance Gooden, R-Texas, and comes amid growing concern from Republicans and border officials that rules limiting how long families can be detained are leading to child trafficking and a recurring "catch-and-release" situation at the border.

The 1997 Flores court settlement limits how long unaccompanied children can be held to 20 days. In 2016, a court ruled that the limit also applies to minors accompanied by adults. Last month, the Trump administration announced it is seeking to scrap the agreement -- although that is likely to see a fierce legal challenge.

Administration officials have criticized Flores as an immigration loophole that helps draw migrant families from Central America -- as well as adults who bring children with them in order to have a better chance of being released in the United States.

Ernst said that she had heard directly from border agents that children are being trafficked across the border by those coming over illegally. 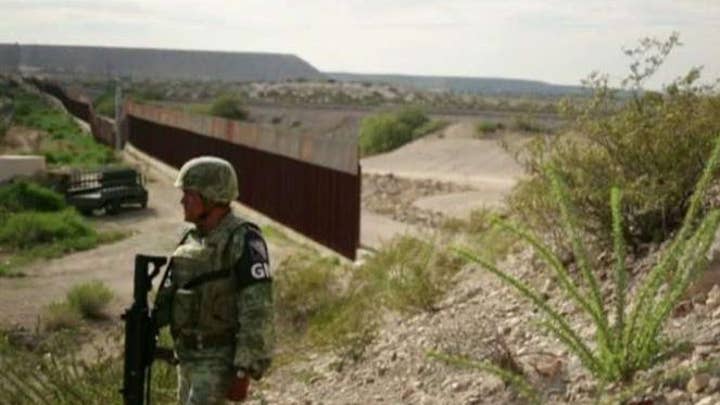 “These children are being used as a ‘passport’ to get across our border, and this needs to stop,” she said. "One way to address this problem is by having DNA testing in place so we can ensure that an unaccompanied minor is actually connected with the person claiming to be their family, and not being used as an innocent pawn to skirt our immigration laws.”

Both the House and Senate bills require deportation for any adults who refuse a DNA test, and sets a maximum 10-year prison sentence for anyone fraudulently claiming ties to a minor. The bill also criminalizes “child recycling,” in which a child is repeatedly used by unrelated migrants to gain entry to the U.S.

Tests would consist of mouth swabs similar to those already in use by the State Department. The agency says such tests are 99.5 percent accurate.

The bill will likely face better prospects in the Republican-controlled Senate than in the House, where the Democratric majority has increasingly shifted to the left on the question of enforcement against illegal immigrants.

“Senators Blackburn and Ernst are respected leaders in the fight against human trafficking. Their knowledge and insight will help us achieve our common goal of ending the exploitation of children on our southern border,” he said in a statement.

Limited DNA testing has been conducted at the border rthis year as part of an Immigration and Customs Enforcement pilot program. In sample testing of purported family units, ICE found 16 out of 84 were fraudulent.

At a House hearing in July, acting DHS Secretary Kevin McAleenan gave an example of one particularly shocking case of child trafficking that was foiled merely by the threat of a DNA test.

“We’ve had egregious cases, including a 51-year-old man who bought a 6-month-old child for $80 in Guatemala and admitted that when confronted with a DNA test by a Homeland Security Investigations agent conducting a pilot at one of our border stations,” he told lawmakers.

Blackburn’s office said more than 5,500 fraudulent asylum claims have been uncovered since March by the Department of Homeland Security.