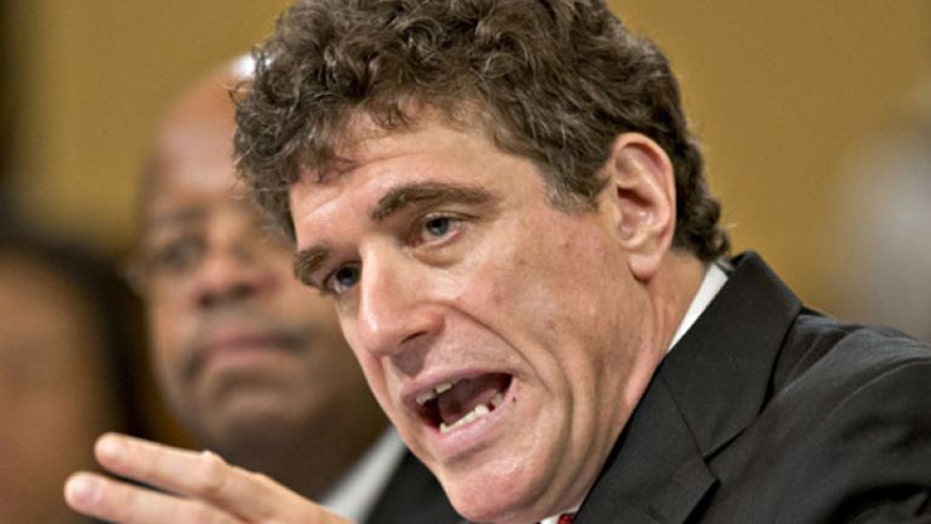 A top IRS official considered going public with the agency’s targeting of conservative groups at a hearing just months before the 2012 presidential election but ultimately decided against revealing the bombshell news, according to a new report from a GOP-led House committee.

Then-Deputy Commissioner Steven Miller wrote in an email in June 2012, about a month before a House Ways and Means subcommittee hearing, that he was weighing whether to testify to “put a stake” in the “c4” issue -- apparently a reference to allegations about politics playing a role in the agency’s denial of tax-exempt, 501(c)(4) status to conservative-leaning groups.

“I am beginning to wonder whether I should do [the hearing] and affirmatively use it to put a stake in politics and c4,” Miller told his chief of staff, Nikole Flax, in a June 2012 email obtained by the House Committee on Oversight and Government Reform.

Miller ultimately testified at the July 25 hearing but never revealed his knowledge of the misconduct.

“Because he did not, he did a great disservice to the American taxpayers,” the House oversight committee report states.

The detail is one of many findings and allegations in the 226-page Republican-authored report, obtained by Fox News in advance of its release on Tuesday. The report highlights numerous examples of what House Republicans say is agency officials misleading congressional investigators and trying to slow their investigations.

Miller testified before Congress on at least six occasions as deputy commissioner and later as acting commissioner, from May 2012 until May 2013, when he was forced to resign.

During a final hearing, Miller apologized for the agency’s “poor service” but maintained the targeting was not motivated by politics.

Now-retired IRS official Lois Lerner, in charge of the agency’s tax-exempt division during the 2010-2012 targeting, eventually revealed the scandal at an American Bar Association event in May 2013 -- roughly six months after President Obama won re-election and just days before an inspector general report on the allegations was scheduled for release.

“They used names like Tea Party or Patriots and they selected cases simply because the applications had those names in the title,” she said at the time. “That was wrong, that was absolutely incorrect, insensitive and inappropriate.”

Maryland Rep. Elijah Cummings, the top Democrat on the House oversight committee, on Monday accused the authors of the GOP-generated report of taking information out of context and selectively releasing information.

“It is revealing that the Republicans -- yet again -- are leaking cherry-picked excerpts of documents to support their preconceived political narrative without allowing committee members to even see their conclusions or vote on them first,” he said in a statement. “By leaking information to reporters on condition that they not disclose it to Democrats, Republicans are intentionally bypassing the normal congressional vetting process designed to distinguish fact from fiction.”

The report follows a recent congressional budget agreement for fiscal 2015 that cuts IRS funding to roughly fiscal 2000 levels, which agency officials argue will make oversight and other jobs even more difficult.

Other conclusions in the report, including several already made public, are that the Obama administration appears so far to have done an incomplete investigation and at times has been uncooperative.

“Only a month after Attorney General (Eric) Holder announced the administration’s investigation, then-FBI Director Robert Mueller was unable to answer basic questions about the status,” the report states. “Even as recently as July 2014, after the IRS informed Congress that it had destroyed two years of Lerner’s e-mails, the FBI continued its refusal to provide any information about its investigation.”

In addition, the Justice Department at one point was willing to pursue criminal prosecutions against the tax-exempt groups, based on information obtained by the IRS, according to documents obtained by House GOP investigators.

And the IRS failed to provide sufficient internal oversight, the report concludes.

“Congress created administrative oversight entities within the Executive Branch to ensure the IRS carries out its mission efficiently and responsibly,” the report states. “These entities -- specifically, the IRS Oversight Board and the Treasury Inspector General for Tax Administration -- exist to ensure that IRS misconduct does not occur and, if it does, to identify and address it immediately. In the case of the IRS’s targeting of conservative tax-exempt applicants, these administrative oversight entities failed in their missions.”