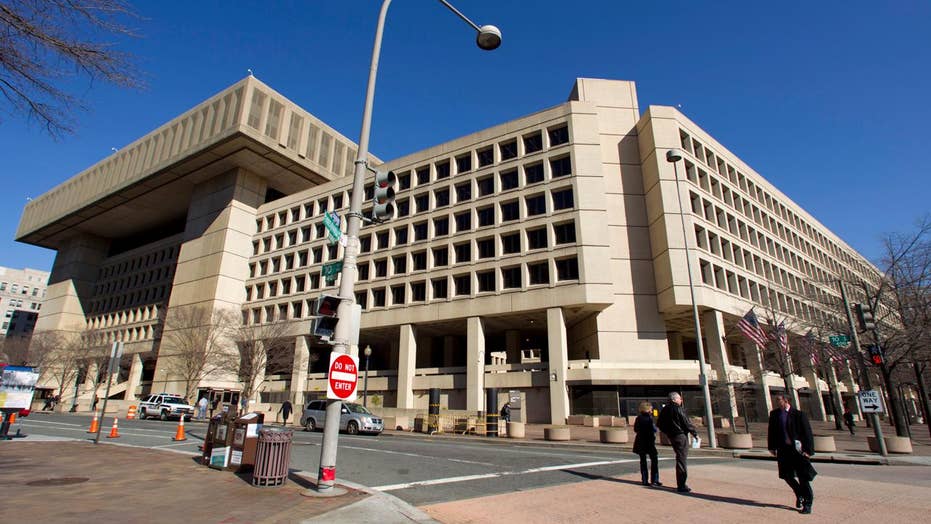 Judicial Watch President Tom Fitton on how the FBI released 70 pages of heavily redacted records, which showed that ex-British spy Christopher Steele was admonished and deemed unsuitable as a confidential human source.

A Republican congressman touched off a firestorm Tuesday after claiming on Twitter that his office had information suggesting the FBI leaked information to the press and used the resulting articles to help obtain surveillance warrants.

The claim stemmed in part from FBI intelligence analyst Jonathan Moffa’s Friday testimony behind closed doors before the House Judiciary and Oversight committees.

But what exactly Moffa told the committees is a matter of dispute.

A source with knowledge of the testimony initially told Fox News that Moffa said FBI personnel would use media reports based on information they leaked to justify applications for Foreign Intelligence Surveillance Act warrants, echoing Meadows. The source said Moffa, who worked with controversial former FBI officials Peter Strzok and Lisa Page, acknowledged this “had been a practice in the past.”

But an FBI official pushed back, telling Fox News the initial claims about Moffa’s testimony were incorrect.

The source later clarified that Moffa testified the FBI routinely uses media material to corroborate their work product, including FISA materials, but “never said directly 'we utilize FBI leaks for FISAs.'” The source maintained, however, that the FBI has a “culture of leaking for their own gain” and uses media reports to support their work: “There's quite a bit of evidence raising concerns that the FBI engages in this without Moffa saying it." 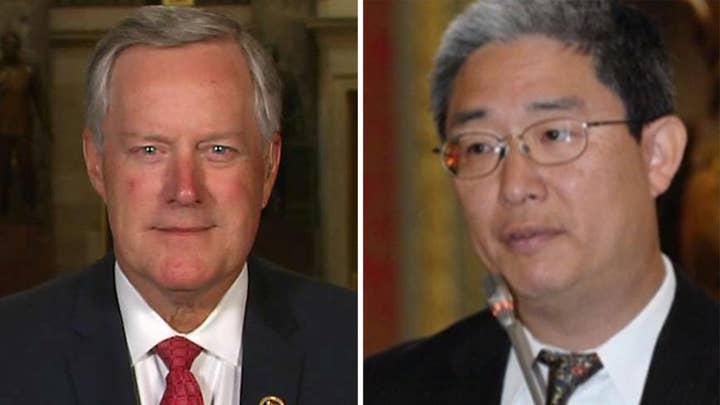 Republicans have long questioned to what extent leaked information, related to the unverified anti-Trump dossier, was used as a basis for surveillance warrants against former Trump adviser Carter Page in 2016 -- when the bureau was led by James Comey and deputy Andrew McCabe.

The source told Fox News that Moffa did not specifically confirm whether leaking was employed with regard to the dossier.

Another source familiar with Moffa’s testimony offered a more nuanced version of events. The source told Fox News that Moffa said the FBI keeps track of open source reports related to their cases -- and when asked whether a FISA application would reference a news account, he said it could be possible, hypothetically, but the FBI aims to find better information.

The source stressed that this was not related to any specific situation and that Moffa did not suggest this was a common practice at the FBI.

Meadows, though, largely stood by his claims – yet also offered a clarification in a Tuesday afternoon statement to Fox News, drawing a distinction between what Moffa testified and what his office has learned from other materials.

“Jonathan Moffa made it clear to the committee the FBI routinely uses media reports to corroborate analytic work product. We have emails and texts plainly showing the FBI leaks to the media, raising major red flags. If FBI executives want the American people to believe they haven’t used leaks to their advantage, they are not being honest,” Meadows said in the statement, while saying this includes FISA materials.

Meadows also told Fox News’ “America’s Newsroom” earlier Tuesday that the committee had evidence of the FBI’s practice that would be “hard to refute.”

“We know that some people at the Department of Justice and the FBI actually gave information to the media, then the stories were reported. Then they used those reports to justify further investigations,” Meadows said. “You know, that’s like saying, we’re going to incriminate on one hand, and be the jury on the other. It just doesn’t work that way.”

The Daily Caller first reported on the specifics of Moffa's claims.

The Trump dossier, which contained salacious allegations about the then-presidential candidate, was compiled by ex-British spy Christopher Steele. Steele, who was also working as an FBI source, had been hired by research firm Fusion GPS to compile details for the dossier, which was funded by the Clinton campaign and Democratic National Committee.

One source familiar with Moffa's testimony told Fox News that his statements raise concerns that the bureau indeed used this practice with the dossier, referencing an article written by Yahoo! News’ Michael Isikoff.

“The [Carter] Page FISA application incorrectly assesses that Steele did not properly provide information to Yahoo News,” the memo read. “Steele has admitted in British court filings that he met with Yahoo News—and several other outlets—in September 2016 at the direction of Fusion GPS.”

Moffa served on the FBI’s “Mid-Year Exam,” the code name for the bureau’s investigation into Hillary Clinton’s handling of classified information and use of a private email server while secretary of state.

Moffa’s name often appeared in text message conversations between former FBI officials Strzok and Page, who came under scrutiny for their anti-Trump and politically charged exchanges. One text message exchange between the two on July 24, 2016 discussed their need to read “Moffa’s thing,” referencing an FBI “302”—which is an interview or witness deposition in an FBI investigation.

“Hey no update yet, waiting on Moffa, he’s in with Dina at mtg scheduled to end at 11,” Strzok texted Page. An hour later, he added: “Hey, talked to him, will let him fill you in. Internal joint cyber cd Intel piece for D, scenesetter for McDonough brief, Trainor [head of FBI cyber division] directed all cyber info be pulled. I’d let Bill and Jim hammer it out first, though it would be best for D to have it before the Wed WH session.”

Page left the bureau in May, and Strzok was fired earlier this month.

On Tuesday, House lawmakers have the chance to question Justice Department senior official Bruce Ohr on the same FBI practice, as Ohr testifies behind closed doors.

Ohr had frequent contact with Steele before and after the publication of the dossier, and the FBI’s ultimate decision to cut ties with the ex-British spy. Ohr’s wife, Nellie Ohr, worked for Fusion GPS at the time of the creation of the dossier.