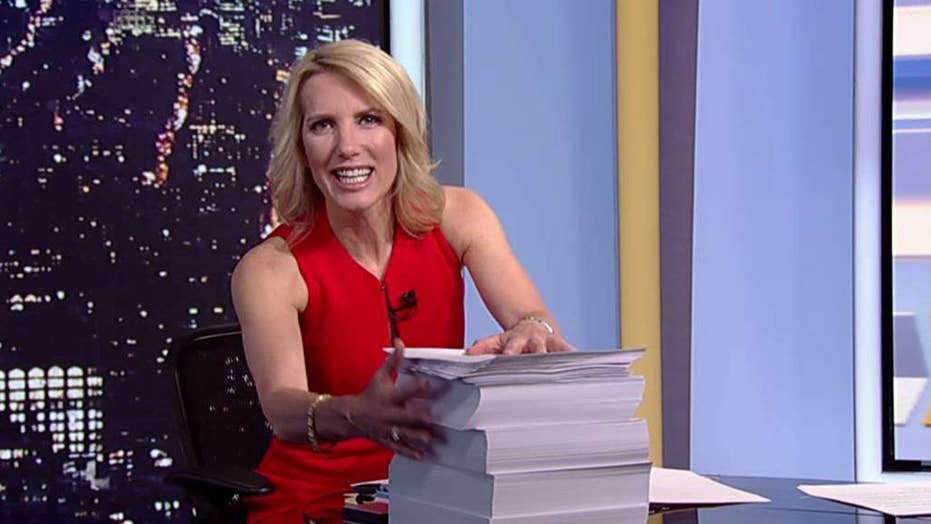 With the sequester caps gone, Republicans are linking arms with Democrats. Yes, they're spending more on things we shouldn't be funding at all, things the president vowed to defund.

The 2,232 page "omnibus" bill was made public hours after House Speaker Paul Ryan, R-Wis., dashed through a Washington snowstorm to meet with President Trump at the White House amid concerns that Trump's support for the package was wavering. The White House later said the president backed the legislation, even as some conservative Republicans balked at the size of the spending increases and the rush to pass the bill.

The powerful House Rules Committee was scheduled to meet later Wednesday to prepare the bill for debate in the full House. Leaders have said they hoped to start voting as soon as Thursday, but a stopgap measure may be needed to ensure federal offices remain open at midnight Friday when funding for the government expires.

Senate Minority Leader Chuck Schumer, D-N.Y., signaled his support for the bill that he said "puts workers and families first."

"Every bill takes compromise, and there was plenty here, but at the end of the day we Democrats feel very good because so many of our priorities for the middle class were included," said Schumer.

In contrast, the conservative House Freedom Caucus said all 32 of its members would vote unanimously against the bill.

"The policy proposals outlined in this ... bill are not consistent with what we told the American people we would do when they sent us to Washington. Many of the policies in the bill are in fact the opposite of what we promised," the caucus statement read. "This is an insult to America’s taxpayers, as well as their many rank-and-file representatives who had no say in the omnibus negotiations."

Both sides of the aisle have been keen to avoid a repeat of the shutdown in January, which came after lawmakers clashed over the state of the Obama-era Deferred Action for Childhood Arrivals program, which gave protection to illegal immigrants brought to the country as children. DACA was set to expire this month, but that expiration has been delayed by court orders.

The bill does not include a DACA provision and also gives limited funding to border security measures that President Trump had pushed for.

Trump had called for $1.6 billion for 74 miles of border wall, with an extra $1.1 billion for technology and other assets. Instead, the omnibus appropriates $1.57 billion for barriers along the border, but none of it for the new prototypes he recently visited in California. 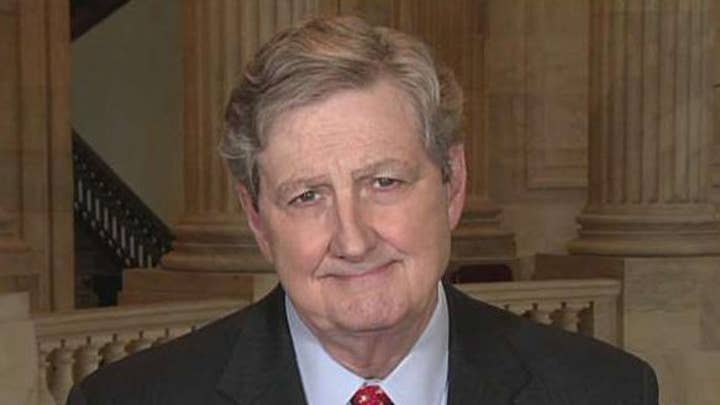 The money would fund about 33 miles of new construction in the San Diego area and the repair of about 60 miles of existing segments, some that double as levees, along the Rio Grande in Texas.

"We are disappointed that we did not reach agreement on Dreamer protections that were worthy of these patriotic young people," said House Minority Leader Nancy Pelosi, D-Calif., who vowed that Democrats "will continue to ask the Speaker to give us a vote to protect Dreamers and honor our values."

The Associated Press reported that the bill would include an $80 billion bump for the Pentagon, giving Trump and GOP hawks a major victory as it brings the military budget to over $700 billion.

In a statement, Ryan said the agreement "marks the beginning of a new era for the United States military." 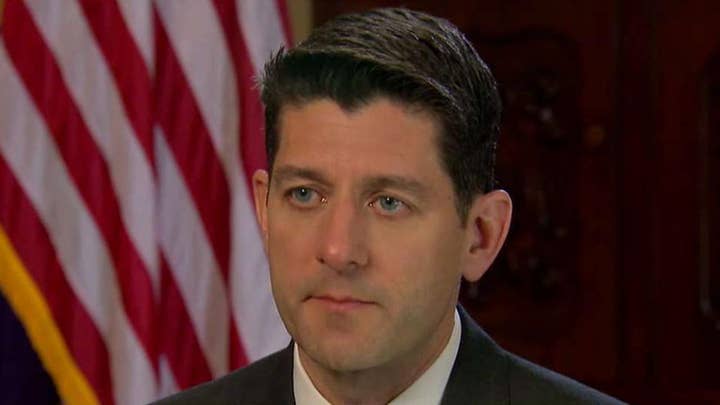 "Our service members are the finest in the world, but the poor state of our military readiness has left them under-equipped and underprepared for the threats they face," Ryan said. "This legislation fulfills our pledge to rebuild the United States military."

"No bill of this size is perfect," Ryan added. "But this legislation addresses important priorities and makes us stronger at home and abroad."

The bill also includes the so-called "Fix NICS" measure meant to strengthen the federal background check system for gun purchases as Congress attempts to respond to respond to the deadly assault on a Florida high school and other shootings.

The measure would provide funding for states to comply with the existing National Instant Criminal Background Check system and penalize federal agencies that don't comply. The bipartisan measure was approved in the House, but stalled in the Senate amid concerns by some Republicans about restricting gun rights without due process and complaints by Democrats that it does not go far enough to address gun violence.

"The calls from the American people to address gun violence in our schools and communities have been deafening, and I’m grateful we’ll soon get that chance,” Senate Majority Whip John Cornyn, R-Texas, a driving force behind the bill, said. "Fixing the background check system will help save lives and reduce the likelihood of what occurred in Parkland and Sutherland Springs from happening again."

The spending bill also includes more than $2 billion to train school officials and law enforcement officers how to identify signs of potential violence and intervene early, install metal detectors and take other steps to "harden" schools to prevent violence.

The House approved the STOP School Violence Act earlier this month, but the measure has not been taken up in the Senate.

The bill states that the U.S. Centers for Disease Control and Prevention can do research on gun violence, though not advocacy, an idea Democrats pushed.

The plan also removes a much-debated earmark protecting money for a rail tunnel under the Hudson River, a top priority for Schumer. Trump had vowed to veto the bill over the earmark. However, the project would remain eligible for federal funding, however, and a Schumer aide said it was likely to win well more than half of the $900 million sought for the project this year.

Both parties touted $4.6 billion in total funding to fight the nation's opioid addiction epidemic, a $3 billion increase. Child care and development block grants would receive a huge $2.4 billion increase to $5.2 billion. And an Obama-era transportation grant program known as TIGER would see its budget tripled to $1.5 billion. Head Start for preschoolers would get a $610 million boost, while an additional $2.4 billion would go for child care grants.