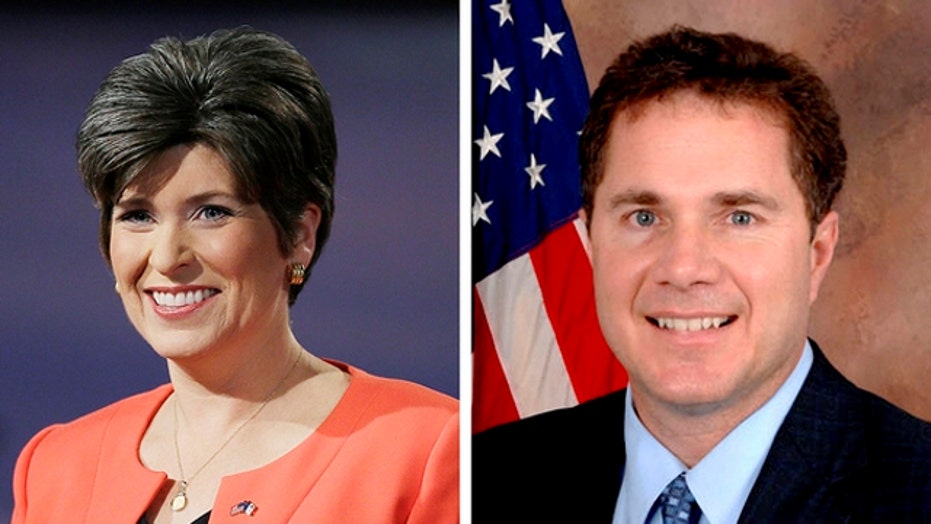 More registered Republicans than registered Democrats have cast a ballot during early voting in Iowa for the first time in a modern-day election, according to a GOP memo.

The memo stated that as of Wednesday, the cumulative number of registered Republican early and absentee voting returns surpassed those of the Democrats by 305 ballots.

An Iowa Democratic Party spokeswoman told FoxNews.com that the numbers of early ballots cast are in flux, saying the numbers will continue to change over the coming days. She added that the party believes they "have a significant advantage on the ground."

"Democrats are expanding the midterm electorate and are turning out non-midterm voters, while Republicans are simply encouraging their base to vote early," Christina Freundlich said in a statement. "In requests alone, Democrats hold a 18,000 vote advantage relative to the Republican ballots, and we expect those ballots to flood in over the final days."

The Wednesday numbers were the first time the GOP has led in Iowa in modern early voting history, according to Republicans. There are 13 remaining days of early voting in the state.

“The momentum has been building for a long time, but this development means Republicans have crossed a major Democrat firewall that had given them a boost going into Election Day in previous election cycles,” Republican Party of Iowa chairman Jeff Kaufmann said in a statement. “Democrats are nowhere near where they need to be, and they are quickly running out of time.”

Absentee voting for this November’s midterm election began in Iowa in late September. The most competitive race in the state by far is the contentious battle between Democratic Rep. Bruce Braley and Republican state Sen. Joni Ernst for Iowa’s open U.S. Senate seat, which is currently held by Democratic Sen. Tom Harkin. The two candidates are in a dead heat, though Ernst is slightly leading in a Real Clear Politics polling average.

The Associated Press reported last month that the number of Iowa voters who had requested an absentee ballot 43 days out from the election nearly doubled that of 2010. Requests for absentee ballots for registered Republican voters were also up by 145 percent.

The GOP said in the report that the party has been engaging in a concentrated effort to increase its number of early voters this year.