PELOSI INSISTS DEMS ARE UNITED, EVEN AFTER NADLER MAKES NEW PUSH TOWARDS IMPEACHMENT

“The Democrats on the Judiciary Committee will not bring him in to testify," Cheney said at a press conference. "They refuse to do that, and we think that that just fundamentally shows you their lack of substantive concern for issues that really should matter, when the director of the FBI conducts himself that way, because they’re too focused on political attacks on the president."

“Every time inside Congress, when an inspector general has brought forth an important report, we’ve brought them before a committee to actually hear what they had found,” McCarthy said, arguing that Horowitz’s investigation was an “appropriate” subject to be heard by the committee. “Maybe that is a disagreement with the promise that chairman Nadler made for his political friends, that he would just impeach this president regardless of facts.”

Nadler’s office did not immediately respond to Fox News’ request for comment. 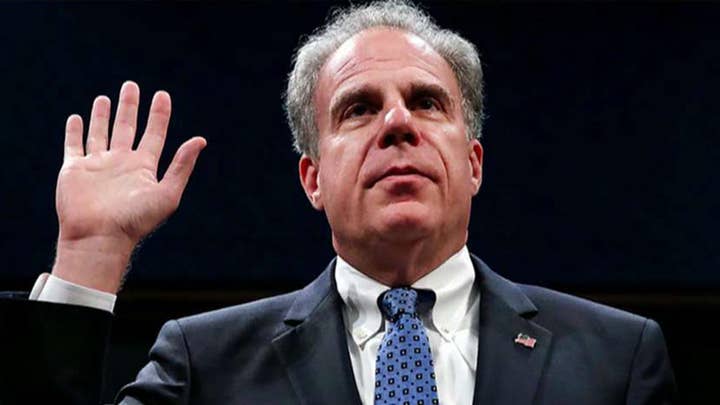 Nadler has defended his course of action in pursuing Trump-related investigations, including high-profile hearings with former Special Counsel Robert Mueller and other figures.

“President Trump went to great lengths to obstruct Special Counsel Mueller’s investigation, including the President’s attempts to remove the Special Counsel and encourage witnesses to lie and to destroy or conceal evidence. Anyone else who did this would face federal criminal prosecution," Nadler said in a statement Monday. "He has dangled pardons, been involved in campaign finance violations and stonewalled Congress across the board, noting that he will defy all subpoenas. No one is above the law."

Horowitz's report, meanwhile, cast a harsh light on Comey's actions, stating he violated bureau policies by drafting, disseminating and retaining memos documenting discussions he had with the president. It also said that he leaked sensitive information on an ongoing investigation, by leaking a memo on a discussion about the investigation of former National Security Adviser Michael Flynn.

Apart from the Comey probe, Horowitz has another pending report that is eagerly anticipated by Republicans. That one deals with the FBI's use of the Foreign Intelligence Surveillance Act (FISA) to obtain a warrant for monitoring former Trump campaign adviser Carter Page. Republicans claim the FBI misrepresented information to get the warrant during the early stages of the Russia investigation.

Senate Judiciary Committee Chairman Lindsey Graham, R-S.C., has predicted that Horowitz's FISA report will be "ugly and damning" for the Justice Department.

Tuesday’s criticism comes after another Republican, Rep. Jim Jordan, R-Ohio, blasted Democrats for not yet calling Horowitz in for a hearing.

“He just issued a scathing report about Jim Comey, the former FBI director, and nothing has been scheduled to bring in Mr. Horowitz to answer our questions,” Jordan said Monday on “Fox & Friends.”

“When you’re solely focused on going after the president, you can’t do what’s best for the country, and that’s been the problem with the Democrats,” Jordan said.

McCarthy had a similar message Tuesday.

“It is time for the Democrats to stop focusing on trying to tear the president down but actually build America up,” he said. 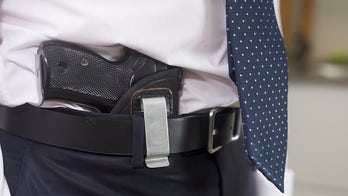