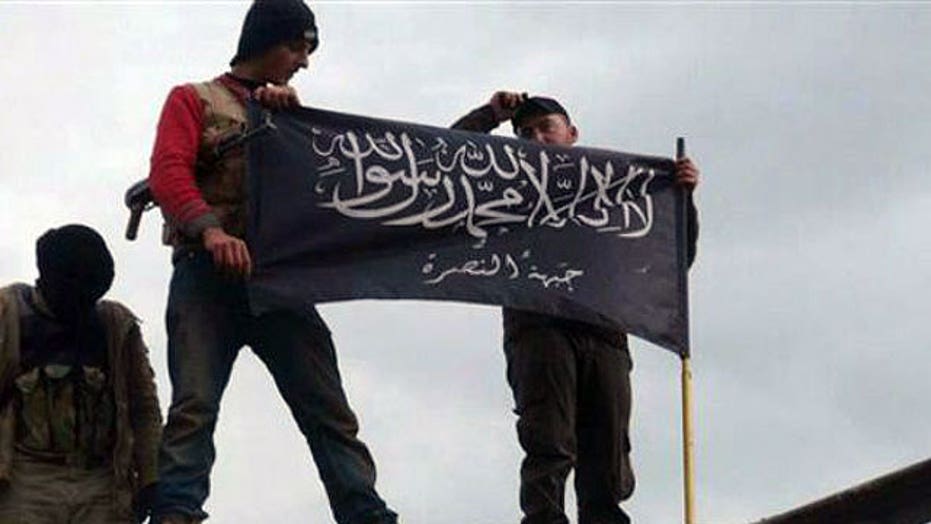 Republican lawmakers called Thursday for the Obama administration to suspend detainee transfers from Guantanamo Bay following a Fox News report that as many as 20 to 30 former prisoners are suspected by intelligence and Defense officials of having joined forces with the Islamic State and other militant groups inside Syria.

Some of those former Guantanamo detainees were released within the last three years.

Sen. Kelly Ayotte, R-N.H., said in a statement the development "underscores the risks we face when Guantanamo detainees are released based on a misguided desire to close Guantanamo -- rather than the national security interests of the United States."

She urged President Obama to suspend further transfers "at least until a thorough review can be conducted to better understand how many former Guantanamo detainees have joined ISIS and what we can do to prevent such an outcome in the future."

Ayotte also wrote to Obama seeking more information about former detainees who have joined with the Islamic State, or ISIS, saying troops "should never have to confront a former Guantanamo detainee on the battlefield."

Gen. Martin Dempsey, chairman of the Joint Chiefs of Staff, earlier agreed that "even one" former detainee on the battlefield "would not make someone wearing the uniform very content."

But he stressed that "the recidivism is a relatively small fraction of those detainees, which have been placed into conditions where the risk of recidivism is mitigated."

And Defense Secretary Chuck Hagel, while acknowledging some detainees "have gone back to the fight," stood by the administration's Guantanamo policy.

"We think that overall the policy of getting to close Guantanamo is clearly in the interest of the United States, as the president has articulated," Hagel said.

But Rep. Buck McKeon, chairman of the House Armed Services Committee, wrote to Hagel on Thursday also urging a suspension of detainee transfers. He cited, among other concerns, "public reports that detainees are specifically rejoining the fight alongside ISIL."

"The U.S. Government must not release terrorist detainees at the same time we have committed U.S. service members to fight ISIL," McKeon wrote. "To continue to do so just as we have had to open a new front in the war on terror is unthinkable. Thus, I request an immediate suspension of all detainee transfers."

The intelligence on where detainees have gone offers a mixed picture, and officials say the figures are not exact. But they are certain at least some of the released detainees are fighting with the Islamic State, or ISIS, on the ground inside Syria. Others are believed to be supporting Al Qaeda or the affiliated al-Nusra Front in Syria.

A number of former detainees also have chosen to help these groups from outside the country, financing operations and supporting their propaganda campaigns.

Sources who spoke to Fox News were not able to provide the identities of the fighters.

Senior Defense and intelligence officials say the vast majority of detainees released from Guantanamo don't return to the fight -- and of those who do, relatively few have made it to Syria.

Of those 180, sources say 20 to 30 have either joined ISIS or other militants groups in Syria, or are participating with these groups from outside countries. Officials say most of those 20 to 30 are operating inside Syria.

The development underscores just one of many long-running complications for efforts to shutter Guantanamo Bay, a promise Obama made within hours of taking the oath of office in 2009.

Nearly six years later, that effort has run aground, complicated by problems with relocating prisoners, by concerns about fighters returning to the battlefield and by Congress' resistance to allowing any to be detained on the U.S. mainland.

A majority of the jihadists released to their home countries tend to stay and fight locally. Afghans who return to the battlefield, for instance, tend to stay in Afghanistan.

But these officials said the former detainees who have joined ISIS in Syria have migrated from the European and African countries which agreed to receive them from the United States.
Egypt and Tunisia, as well as six European countries, are among them.

According to a source, there are 149 detainees still at Guantanamo Bay, almost 90 of them from Yemen. Eighty detainees currently are eligible for transfer.

In April of this year, for instance, Ibrahim Bin Shakaran -- a Moroccan who spent more than three years at Guantanamo -- was reported killed while leading a known Jihadist group in Syria fighting President Bashar Assad's forces. The Moroccan fighting unit was formed by three former Gitmo detainees.