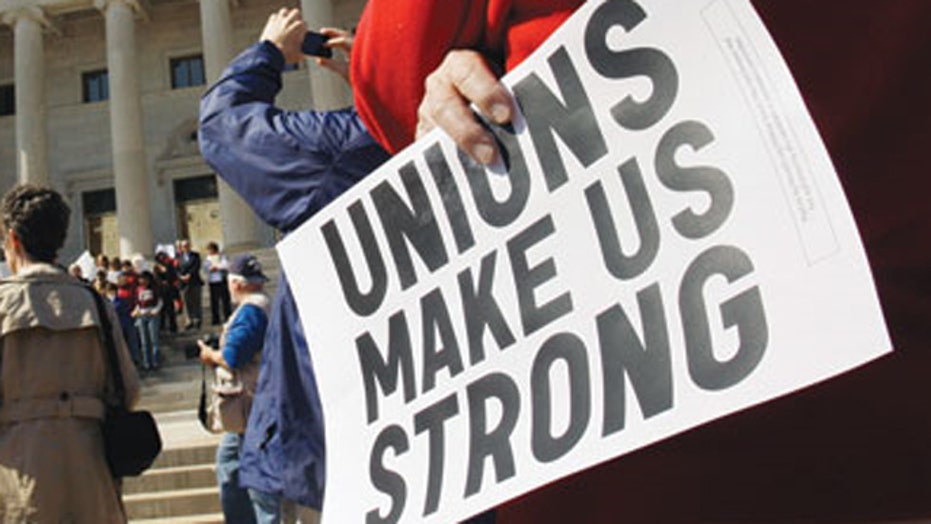 Republican lawmakers took a first step Monday toward trying to fundamentally change the way unions operate, introducing legislation that would restrict how they spend campaign money -- and could keep cash away from Democratic candidates in 2016.

Their complaint: Unions are taking advantage of dues-paying members and sending their money to Democratic candidates whether members like it or not.

The Employee Rights Act, introduced Monday by Sen. Orrin Hatch, R-Utah., and Rep. Tom Price, R-Ga., would allow union members to tell their bosses they don't want their share of dues going to certain candidates or causes, without fear of retaliation.

It also would seek to stop intimidation tactics by requiring secret ballots for employee elections regarding issues like unionizing or striking.

Any bid to restrict union political donations could have a big impact on Democrats, who get the lion's share of union campaign money. According to the Center for Union Facts, unions in 2012 contributed nearly $90 million to Democratic Party and aligned organizations.

"Forty percent of the union members are Republicans, yet virtually 100 percent of money that they've raised, and it's considerable money, goes to elect Democrats," Hatch told Fox News.

But now, some Democratic strategists are accusing Republicans of ignoring the needs of hardworking union members, and instead just trying to re-route sizable campaign contributions.

"Democrats have been supported for years by working people and the unions, and that's why Republicans want to bring this up," strategist Chuck Rocha said. "They want to take that money out -- the only real money left on the left side. There's a few big left donors, but we don't have a Sheldon Adelson."