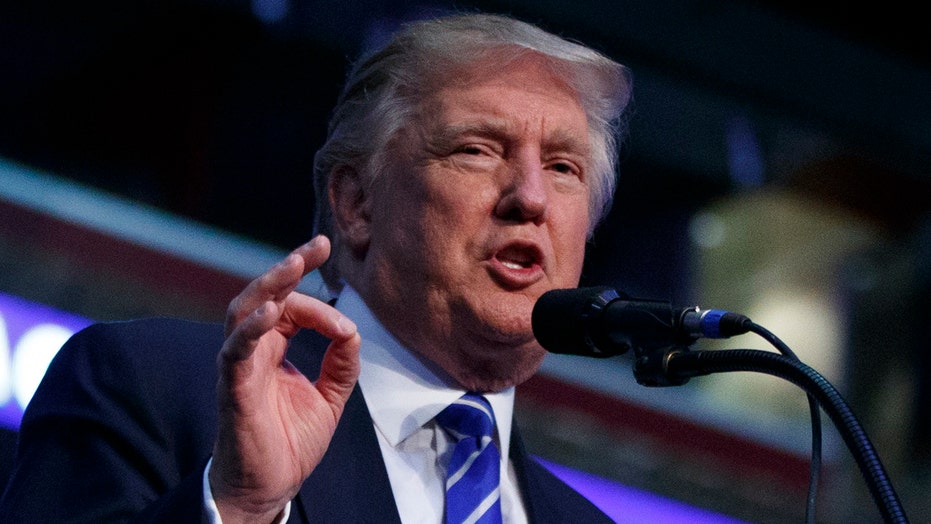 Power Play: Whose GOP is this?

Chris Deaton, deputy online editor of The Weekly Standard, and the National Journal’s Adam Wollner answer Stirewalt’s most pressing question in the wake of Paul Ryan’s resounding primary win: Is this Trump’s GOP?

On the roster: GOP feels down ballot draft - Pressure’s on: Early voting begins in less than a month - Wider email hack has Dems worried - Audible: Either or - We thought you were just excited to see us

GOP FEELS DOWN BALLOT DRAFT
The state of the presidential race post-convention is not what any Republican would have hoped it would be.

Donald Trump went from a persistent but relatively narrow deficit of between 4 points and seven points to Hillary Clinton to his current status of more than 9 points behind.

If this was Election Day, Trump would experience the worst landslide loss since 1984 and the worst for any Republican in 52 years. That’s a fact. But how likely is it that the final result to look that way?

Your guess is as good as anybody’s on that count. Aside from the obvious Rumsfeldian “unknown unknowns” like financial panics, military attacks or even Team Putin coughing up some really juicy Clinton emails, there are the “known unknowns.”

How will Trump fare in the debates, if he doesn’t pull out? How well will Clinton’s ground game work? How large will turnout be? What will the demographic composition of the electorate be? Will Trump learn how to do better at running? How soon?

We have hints, sometimes strong ones, about these things. But even without any crystal ball gazing, we get an insight today on the future thanks to a slew of swing state polling on other races.

We all know that the candidate at the top of the ticket has an enormous effect on the rest of the ballot. But it’s also true that how candidates down ballot are faring can tell us about how things are with the folks at the top.

New polls of Senate matchups in key swing states by Quinnipiac University show that the shape of the race between Clinton and Trump is starting mold the contests below.

A month ago, Pennsylvania Republican Sen. Pat Toomey was up by 10 points. Now he’s down by 3 points to Democratic challenger Katie McGinty. That mirrors Trump’s slide in the survey over the same period.

The same is true in Florida where Republican Sen. Marco Rubio leads likely Democratic nominee Rep. Patrick Murphy, D-Fla., by 3 points. A month ago, Rubio led by 13 points. That came in the same timeframe that Trump went from up by 1 point to down by three points in the state.

The bright spot for Republicans in the surveys is in Ohio, where Republican Sen. Rob Portman padded his lead by 2 points to a cushy margin of 9 points over hapless Dem challenger former Ohio governor Ted Strickland. Portman did that even as Trump skidded from a tie to a 4-point deficit in the mother of all swing states.

Portman looks like the outlier here, and not just in the Q polls. In New Hampshire surveys, the previously unsinkable Republican Sen. Kelly Ayotte seems to be caught in the downdraft from the top of the ticket.

Here are four top-draw GOP incumbents with funds and great organizations. A month ago they were flying on their own tethers, with poll performances substantially disconnected from Trump’s ups and downs. But now we see that changing.

Democrats are working day and night to tie these four candidates to Trump and, given the rifts in the GOP and the intense loyalty of Trump’s core supporters, none of the struggling senators have much latitude to move away from their nominee. Toomey and Ayotte have kept their distances but Rubio has moved to embrace Trump, even as the latest troubles were underway.

But it doesn’t seem to matter much. Gravity is setting in.

As the election season progresses, keep a close eye on Ayotte, Toomey, Portman and Rubio. If Trump is going to revive himself, you might see the signs here first. And if Trump can’t turn it around, these races will be leading indicators of how far down ballot the damage could go.

TIME OUT: INDOOR FIREWORKS
As many a hopeful stargazer knows, catching a celestial show often means venturing into the night in the wee hours and even then, weather can spoil the spectacle. Enter the web with an indoor solution. TIME: “A favorite of many stargazers, the Perseids meteor shower is underway and will be at its peak over the next few days, with meteors visible to the naked eye in the Northern Hemisphere. Those who want to catch the astronomical event from indoors can watch a four-hour stream on Thursday night via Slooh, a space broadcasting website, which will feature astronomy and meteorology experts. About 50 to 60 meteors will be visible every hour during the event…The stream will go live on Thursday at 8 p.m. EST via the video above.”

PRESSURE’S ON: EARLY VOTING BEGINS IN LESS THAN A MONTH
David Drucker wrote a very smart thing: “Voting in the presidential election begins in September, giving Republican Donald Trump less time to turn things around than supporters might assume. Election Day is Nov. 8 – a full 88 days away. But absentee voting begins in September in at least half-dozen swing states that could decide the White House race. In North Carolina, a crucial battleground, where Trump and Democrat Hillary Clinton are running even, absentee ballots are to be mailed to voters on Sept. 9. That's less than a month from now. In Ohio, a bellwether for Republican presidential candidates, absentee and in-person early voting begins in nine weeks – on Oct. 12 – and runs through Election Day.”

WIDER EMAIL HACK HAS DEMS WORRIED
Fox News: “Democratic Party officials reportedly are bracing for the possibility that another batch of damaging or embarrassing internal emails — the kind that cost the party chairman her job on the eve of the Democratic National Convention — could become public before the November presidential election. That fear reportedly comes as officials with knowledge of a Russian cyberattack that targeted Democratic politicians and organizations told The New York Times that the breach was bigger than first thought and exposed the private email accounts of more than 100 party officials and groups — including the personal email accounts of Hillary Clinton’s key campaign officials.

REMEMBER OBAMACARE?
The Hill: “The incoming administration will take office just as the latest ObamaCare enrollment tally comes in, delivering a potentially crucial verdict about the still-shaky healthcare marketplaces….The Obama administration has struggled for several years to bring young, healthy people into the marketplaces, which is needed to offset the medical costs of older and sicker customers. These problems are coming to light this year, as insurers get their first full look at ObamaCare customer data. Some, like UnitedHealth Group, say they’ve seen enough, and are already vowing to leave the exchanges….experts warn that if the numbers don’t improve this year, more insurers could bolt. That would deal a major blow to marketplace competition, while also driving up rates and keeping even more people out of the exchanges.”

Report: Priebus warned Trump he would pull the plug - Time

AUDIBLE: EITHER OR
“At the end it’s either going to work or I’m going to have a very, very nice, long vacation.” – Donald Trump, in a CNBC interview

FROM THE BLEACHERS
“I read your report every day and enjoy it. But I was wondering, with the enormous stakes in this elections, why some right leaning organization hasn’t offered a $1M reward for the release and publication of Hillary’s 33,000 deleted emails.” – Buzz Angeli, Littleton, CO

[Ed. note: Well, yes but… The authorities might take a dim view of a group offering a bounty for criminal behavior.]

“You agree with the writer who said that anyone who "interferes" with Trump's victory is a turncoat?  That's very interesting.  I thought this was still a free country.” – Anna Kingry

[Ed. note: I didn’t say that! I just agree that Trump would run better as a foe of the GOP than its unwilling standard bearer.]

“‘For Republicans, a hostile press is the Russian winter. If you’re not prepared for it, go back to Corsica.’ That’s a Bingo! right there, Chris.” – Tom Vegod

“Start over and schedule the election for 2017...new candidates all around.” – Gerri Ross

WE THOUGHT YOU WERE JUST EXCITED TO SEE US
KGTV: “A potential international incident was averted following a chase on Interstate 8… The incident began before 11:45 p.m. when a San Diego police patrol vehicle attempted to pull over a Honda CR-V on I-8 east near State Route 163. The SUV carrying a family of three initially came to a stop in the middle of the freeway, police said, but then sped up and continued for another few minutes before pulling off on the shoulder near Mission Gorge Road. Officers surrounded the SUV with their guns drawn as a female passenger exited, clearly confused. Officers then asked the male driver to come out. A little boy was also brought out of the SUV. After engaging the family, officers learned they were on a vacation from China and did not realize they needed to pull over when the patrol vehicle turned on its lights and sirens.”

AND NOW, A WORD FROM CHARLES…
“This is just a hint of it, just a few e-mails, of what was in the 30,000.  If anybody gets their hands on them, Russian or not, they could come spilling out stuff that could destroy [Hillary Clinton’s] candidacy.  She knows what’s in there.” – Charles Krauthammer on “Special Report with Bret Baier”