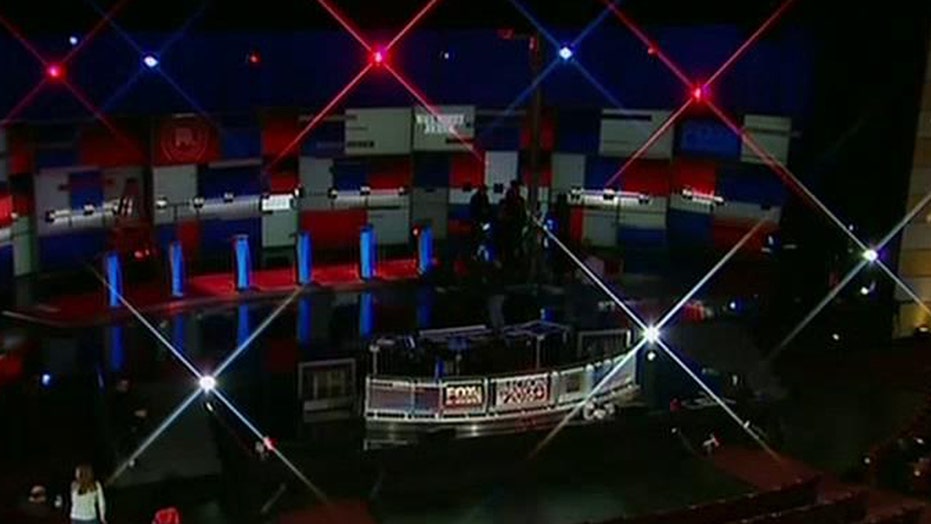 Gloves off for GOP candidates ahead of Milwaukee debate

Participants spar over the economy, Carson's past

The leading Republican presidential candidates are fighting for the spotlight as they charge into Tuesday night's primary debate, with Marco Rubio releasing a biting new ad ripping his former political mentor and Donald Trump suggesting he's arrested Ben Carson's rise in the polls.

Carson, for his part, has spent the last several days sparring with the media and his rivals over reports questioning his personal story, which is the crux of his campaign.

"I am trying to move on," Carson told Fox News. But his campaign manager also says Carson will punch back if an opponent challenges him on stage Tuesday night -- suggesting a departure for Carson from past debates, where he mostly avoided the fray.

The prime-time debate, hosted by Fox Business Network and The Wall Street Journal, will be held at 9 p.m. ET, from Milwaukee, preceded by an earlier 7 p.m. ET debate with lower-polling candidates.

This is the first time that just eight candidates will be on the main stage, a change that could give the contenders more time to explain their positions and engage each other.

Florida Sen. Rubio, in the hours before the debate, launched a striking ad against GOP rival Jeb Bush, the former Florida governor. The ad plays clips of Bush, before the 2016 campaign, praising Rubio.

"I'm a huge Marco fan," Bush says in one clip. In another, he says, "He's probably the most articulate conservative on the scene today."

The text of the ad blares: "Jeb Bush before his phony attacks."

Bush, the former front-runner, has struggled in every debate so far, and Rubio is no doubt angling for the edge against him in Tuesday's showdown. At the last debate, Rubio deftly parried a critique by Bush of his Senate absences.

Rubio is currently third in most national polls, followed closely by Texas Sen. Ted Cruz, who by many accounts had the stand-out moment in the last debate by slamming the CNBC moderators for allegedly unfair and off-topic questions. Speaking with Fox News on Monday, Rubio said the polls have been "up and down," but "what I'm going to do is I'm going to focus on the message of my campaign."

Still tangling for the lead are Carson and Trump.

Speaking with Fox News, Trump pointed to the most recent polling in saying he's back on top.

Trump has shown no hesitation about going after Carson, for everything from his past writings about having anger issues growing up, to stories questioning elements of his personal narrative, to Carson's statement that Egypt's pyramids were built by the biblical Joseph to store grain.

Trump, who hosted "Saturday Night Live" over the weekend, also made headlines overnight by suggesting a "boycott" against Starbucks over its holiday cups that are missing winter or Christmas scenes. But then Trump added, "Seriously, I don't care."

In a reminder of one of the key issues he's running on, though, Trump released a new policy paper Tuesday focusing on U.S.-China relations.

His campaign claims that under a "Trump administration trade will flourish. However, for free trade to bring prosperity to America, it must also be fair trade."