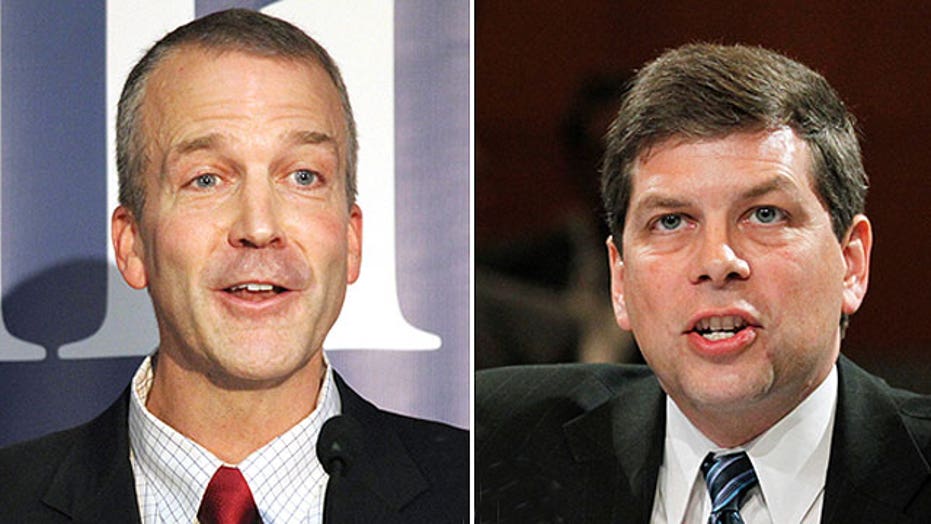 The Republican Party also is seeking a ninth seat in Louisiana’s runoff in December.

Sullivan ran a confident campaign, ignoring the debate schedule Begich established and setting his own terms.

He pledged to fight federal overreach, talked about energy independence and, at seemingly every opportunity, sought to tie Begich to President Barack Obama and Senate Democratic Leader Harry Reid, who are unpopular in Alaska.

Begich complained that Sullivan offered little in the way of proposals for what he would do as senator.

On Tuesday, election workers began counting absentee ballots and early indications were Sullivan maintained an 8,100 vote advantage over Begich. It proved to be true later that night.

With roots in Alaska, Sullivan recently served as the state’s natural resource commissioner. He also had spent seven years in the military and worked in Washington as assistant secretary of state. He returned to Alaska in 2009 and was appointed attorney general by former Gov. Sarah Palin.

Sullivan emerged from a hard-fought, three-way GOP primary to take on Begich, who had token opposition. Begich focused during that race on bolstering his homespun image, casting himself as an independent thinker unafraid to stand up to Obama, with a record of working across party lines, including with Alaska's senior senator, Republican Lisa Murkowski. Murkowski, who backed Sullivan after the primary and is in line to chair the Senate energy committee now that Republicans have taken over the Senate, told Begich to knock it off.

Ads denouncing the two candidates became a hot-button issue toward the end of the campaign.

One Bergich ad, seen as a turning point in the race, painted Sullivan as soft on crime. It featured a man identified as a former Anchorage police officer standing outside the home where an elderly couple was beaten to death and a family member sexually abused in 2013. It ended with the man saying Sullivan should not be a senator.

The ad, which Sullivan responded to with one of his own, was pulled following a demand from an attorney for the victims' family.

Sullivan still received criticism over his residency, his support of a permitting bill that critics said would have limited public participation in the state's permitting process and his stance on abortion.