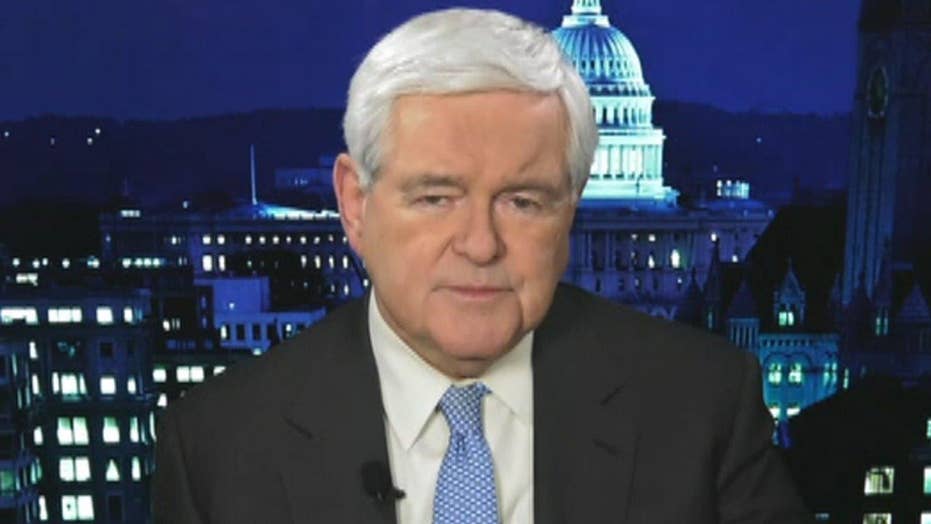 On 'Hannity,' the former House speaker says the Russia allegations trivialize the serious

Former House Speaker Newt Gingrich said Monday that calls for an investigation of claims Russian government actors intervened in the U.S. election were "as stupid as anything I've seen the left try."

"Think about it. Barack Obama’s now saying that his administration was so incompetent that they stood around sucking their thumb while the Russians snuck in and hacked into an American election because of the utter incompetence of the Obama defense system," Gingrich told Fox News' Sean Hannity on 'Hannity'. "Now, I don’t know why one would want to go make that case."

Gingrich went onto say that he did not believe the claims of Russian hacking had any effect on the outcome of the election.

Gingrich contrasted the furor over the CIA assessment of Russian interference in the campaign with the coverage of Democratic nominee Hillary Clinton's email scandal.

"What it does is it trivializes the serious. There were really serious security problems. There would normally be, I think, jail time for things on this scale," he said. "But I think it’s ironic that the New York Times and the Washington Post, they can’t cover the things that are real, so they have to make up junk in order to hide behind the noise."