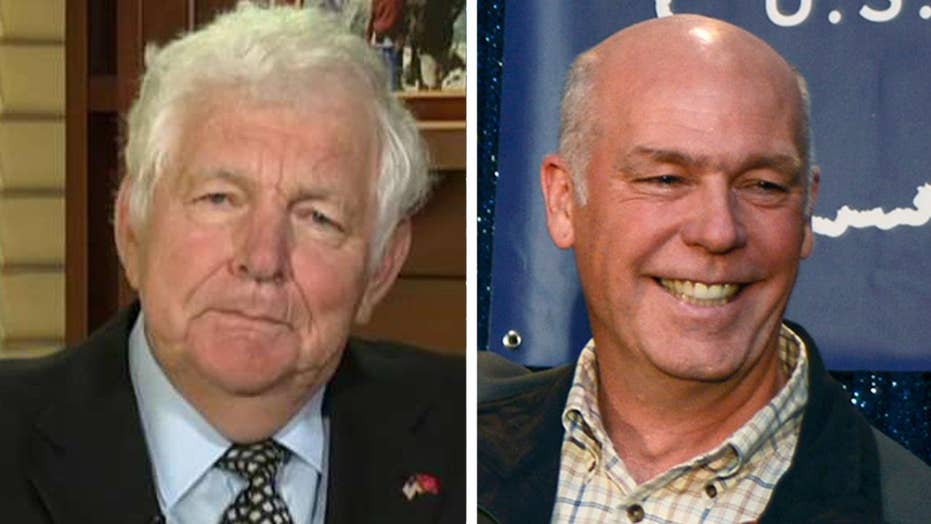 Former secretary of education weighs in

Gianforte won Montana’s special election Thursday despite being charged with assaulting a reporter just hours before polls opened across the state.

With 84 percent of precincts reporting, Greg Gianforte led Democrat Rob Quist by more than 24,000 votes out of nearly 270,000 ballots cast.

Gianforte said in his victory speech late Thursday that his victory is a victory for all Montana. He also used the platform to apologize to the reporter he allegedly assaulted on election eve and a Fox News team that witnessed the encounter.

“When you make a mistake, you have to own up to it. That’s the Montana way. Last night I made a mistake, and I took an action that I can’t take back, and I’m not proud of what happened. I should not have responded in the way that I did, and for that I’m sorry. I should not have treated that reporter that way, and for that I am sorry Mr. Ben Jacobs."

It had been unclear if Gianforte's assault charge would impact the race. About a third of eligible voters in Montana had already cast their ballots in early voting, and others said it didn't influence their vote.

Shaun Scott, a computer science professor at Carroll College in Helena, said the assault charge was barely a factor in his decision.

"If you have somebody sticking a phone in your face, a mic in your face, over and over, and you don't know how to deal with the situation, you haven't really done that, you haven't dealt with that, I can see where it can ... make you a little angry," Scott said Thursday.

Approximately a third of Montana's eligible voters had cast absentee ballots before Gianforte was cited Wednesday by the Gallatin County Sheriff's Office following a confrontation with Guardian reporter Ben Jacobs. Witnesses, including a Fox News crew, said Gianforte grabbed Jacobs by the neck and slammed him to the ground while yelling "Get the hell out of here!"

The last-minute controversy unnerved Republicans, who also faced close calls this year in the traditionally Republican congressional districts in Kansas and Georgia. A runoff election is scheduled for next month in Georgia between Democrat Jon Ossoff and Republican Karen Handel after Ossoff fell just short of winning outright.

Gianforte showed lukewarm support for Trump during his unsuccessful run for governor in Montana last fall but did an about-face and turned into an ebullient Trump supporter after he started campaigning for the congressional seat vacated by Republican Ryan Zinke, when he was tapped by Trump to serve as Interior Department secretary.

Gianforte urged Montana voters to send him to help Trump "drain the swamp," brought in Vice President Mike Pence and first son Donald Trump Jr. to campaign for him and was supported by millions of dollars of ads and mailers paid for by Republican groups.