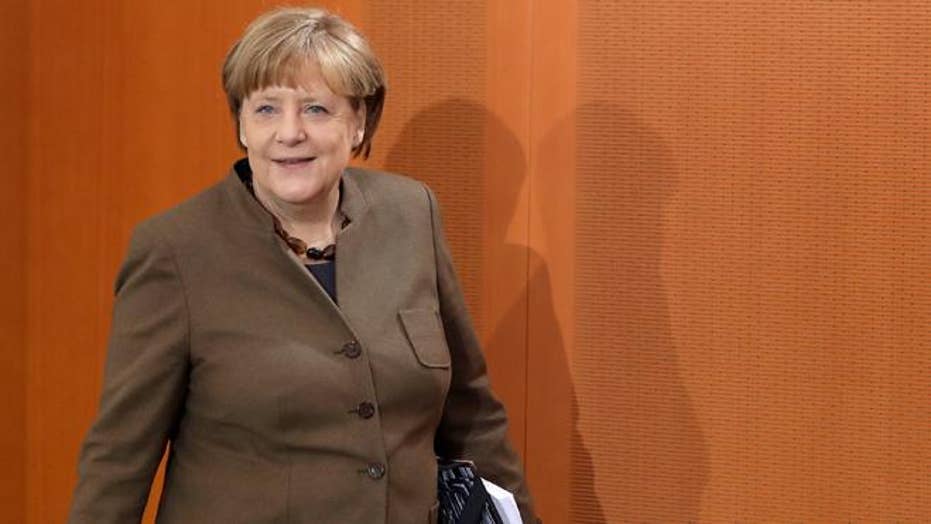 Henry Kissinger is said to have posed the question: “Who do I call if I want to call Europe?” For President Obama and Hillary Clinton, that leader was German Chancellor Angela Merkel.

That's evidently not the case under President Trump.

German media is reporting that Merkel is struggling to come to grips with a decidedly less friendly administration in Washington, which is reaching out to stalwart allies Britain and Israel -- but reportedly has not responded to Berlin's request for a meeting.

Trump also has singled out Merkel for criticism, reportedly leaving her to scour Trump interviews in old Playboys to get a hint at the new president’s thinking.

Handelsblatt reported that German government officials largely have failed to establish contacts with the Trump team, and “decision makers in Berlin have largely been left to read the tea leaves in Mr. Trump’s campaign rhetoric and his recent interviews with the European press.”

This marks a sharp change from just a couple years ago.

For much of the Obama administration, Merkel’s popularity both at home and abroad was sky high, and her position unassailable. In 2015 she won Time’s Person of the Year. Last year, Obama called her a “model” leader and his final call to a foreign leader was to Merkel, while Clinton – whom many in Europe expected to be the next president -- repeatedly praised her as one of her favorite world leaders.

But Merkel's political fortunes have deteriorated. Her ill-fated 2015 decision to open the doors to millions of Syrian refugees fueled a continent-wide crisis, leading in part to the U.K.’s decision to leave the European Union.

After her party was hammered in local elections and her poll numbers slumped ahead of federal elections this year, Merkel has started to distance herself from her refugee policy. As Merkel struggles to keep her grip on power in Germany, and keep the increasingly unstable European Union together, the German chancellor now faces another challenge in Trump – who has made no secret of his distaste for her policies.

After the campaign, during which Trump accused Merkel of “ruining Germany,” German media reported that Merkel’s team was hoping for a change in tone when Trump took the White House. They were quickly disappointed.

In a recent interview with the Times of London, Trump blasted her Syrian refugee policy as a “catastrophic mistake” and grouped her in with Russian President Vladimir Putin as people he would “start off trusting.” He added, “But let's see how long that lasts. It may not last long at all.”

That tone may be set to continue. While Trump quickly reached out to British Prime Minister Theresa May and arranged for her to come to the White House Friday – just seven days into Trump’s presidency -- Germany’s Der Spiegel reports that an offer from Merkel’s team for her to come to Washington soon received no reply.

The White House did not respond to a request for comment from Fox News.

In the meantime, the Trump effect is causing concerns for Merkel beyond his criticism of her refugee stance. Trump’s protectionist trade policies could hurt manufacturing, particularly big German automakers such as BMW. Additionally, Trump’s warm support for Brexit has emboldened the British government, with German lawmakers telling Der Spiegel that a “softer” form of Brexit is now much less likely.

The Germans are still hoping the relationship can be salvaged. Handelsblatt reports that some lawmakers have good relations with Trump’s nominee for attorney general, Jeff Sessions, and that Merkel’s cabinet is hoping Defense Secretary James Mattis will push for stronger relations with Germany in particular.