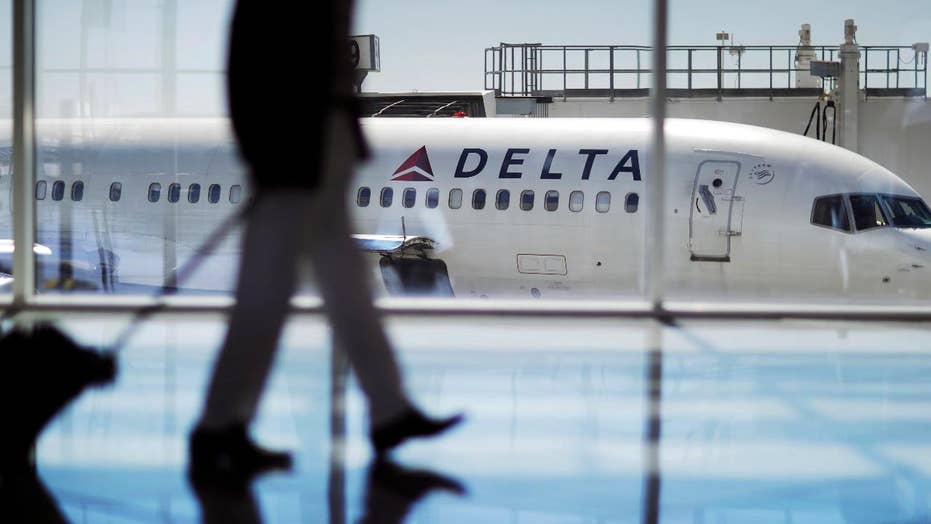 Pro-gun lawmakers win a victory over Delta. Georgia State Senator Williams on why he's putting the pressure on Delta.

Georgia Gov. Nathan Deal on Friday signed into law a tax bill that fellow Republicans used to punish Atlanta-based Delta in retaliation for the airline's decision to sever ties with the National Rifle Association.

The final version of the bill dropped a tax break worth millions to the airline. Until it was removed, the amendment would have renewed a jet fuel tax exemption taken off the books in 2015.

But GOP lawmakers, led by Lt. Gov. Casey Cagle, moved quickly to punish Delta for its split with the NRA.

“Businesses have every legal right to make their own decisions, but the Republican majority in our state legislature also has every right to govern guided by our principles,” Cagle said in a statement.

The bill -- which includes a sweeping income tax cut – passed both chambers on an overwhelming vote on Thursday.

The rejection of the tax break for now, though, marked a swift rebuke from state lawmakers, who had been weighing the restoration of the benefit until this week. It was originally pitched as an “airline tax break,” rather than one that would only benefit Delta.

Georgia Lt. Gov. threatens Delta for cutting off the NRA

But in the wake of the Atlanta-based airline’s decision to end its relationship with the NRA, Cagle, who is running to succeed Deal in November, warned that he would block any legislation that could prove beneficial to them.

“I will kill any tax legislation that benefits @Delta unless the company changes its position and fully reinstates its relationship with the @NRA,” Cagle, who heads the Georgia State Senate, tweeted on Monday. “Corporations cannot attack conservatives and expect us not to fight back.”

Last weekend, Delta, which employs 33,000 Georgians, announced its decision to cut ties with the gun rights group, after the Parkland, Fla., high school shooting on Feb. 14 that left 17 dead. Delta announced that it would end the NRA’s contract for “discounted rates through our group travel program.”

“Delta’s decision reflects the airline’s neutral status in the current national debate over gun control amid recent school shootings,” read the statement posted to the Delta News Hub. “Out of respect for our customers and employees on both sides, Delta has taken action to refrain from entering this debate and focus on its business. Delta continues to support the 2nd Amendment.”

Delta tweeted last Saturday that they “will be requesting that the NRA remove our information from their website.”

Delta added: “Delta supports all of its customers but will not support organizations on any side of any highly charged political issue that divides our nation.”

Connecticut Democratic Gov. Dannel Malloy and New York Democratic Gov. Andrew Cuomo both have invited Delta to move its headquarters to their states in the midst of the company’s disagreement with the legislature.

United Airlines also notified the NRA that it would no longer offer a discounted rate for the NRA’s annual meeting.