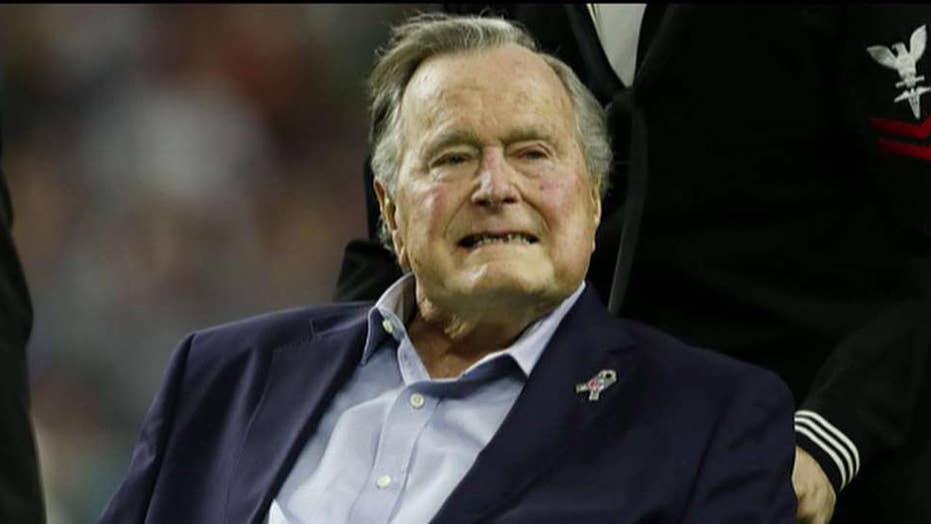 Former President George H.W. Bush has been released from a Houston hospital where he received treatment for a mild case of pneumonia and chronic bronchitis during a two-week stay.

Bush spokesman Jim McGrath said in a statement that the 92-year-old Bush was discharged from Houston Methodist Hospital on Friday.

McGrath says Bush is "pleased to be home."

Bush was admitted to Houston Methodist Hospital on April 14 for treatment of a persistent cough. Doctors determined he had pneumonia. After the pneumonia was treated, Bush remained hospitalized due to the chronic bronchitis.

Bush, who was president from 1989 to 1993, was hospitalized for 16 days in January with pneumonia.

During that hospital stay, which included time in intensive care, doctors inserted a breathing tube and connected him to a ventilator.