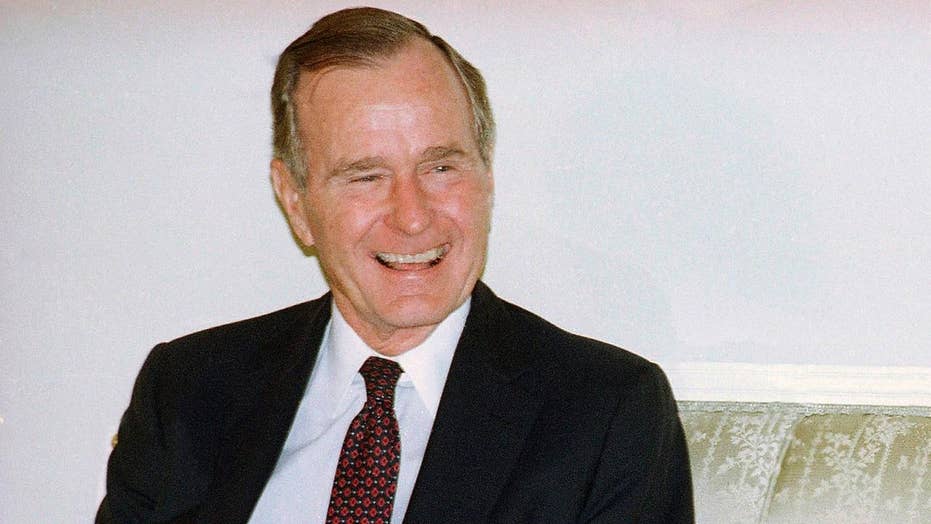 President Trump plans to send Air Force One to Texas this week to bring the body of former President George H.W. Bush to Washington, D.C., where the body is scheduled to lie in state in the U.S. Capitol before returning to Texas for burial.

Trump's disclosure was among a list of funeral plans that emerged Saturday as the nation prepared to bid a final farewell to Bush, the nation's 41st president, who died Friday night at age 94.

"We will be spending three days of mourning and three days celebrating a really great man's life," Trump told reporters in Buenos Aires, before returning to Washington on Saturday, the Washington Times reported.

"We will be spending three days of mourning and three days celebrating a really great man's life."

Air Force One will carry the body of former President George H.W. Bush to Washington for this week's tributes in the nation's capital.

The president previously announced that Wednesday will be a national day of mourning in memory of Bush, a Republican whose presidency ran from January 1989 to January 1993.

Other details regarding the state funeral for former President Bush were revealed by his office Saturday.

The schedule for the state funeral and related services and ceremonies were broken into three stages, divided between Washington and sites in the Houston area, according to a news release from the Joint Task Force-National Capital Region, the group that announced via Bush's website that it would be collaborating with the Bush family “to carry out” the former president's wishes regarding his funeral.

The proceedings will begin Monday when Bush's remains are set to depart from Ellington Field in Houston, en route to Joint Base Andrews in Maryland, according to the news release.

Following their arrival, “Bush’s remains will lie in state in the Rotunda of the U.S. Capitol” from Monday at 7:30 p.m. until Wednesday at 8:45 a.m., “with a guard of honor in attendance,” officials said.

After departing the Capitol, Bush's remains will be taken to Washington National Cathedral for a funeral. They'll then go back to Joint Base Andrews, with a destination set for Texas, the news release said.

Once back in Texas, “Bush’s remains will lie in repose at St. Martin’s Episcopal Church” in Houston from Wednesday at 6:45 p.m. until Thursday at 6 a.m., again “with a guard of honor in attendance,” according to officials.

Later Thursday morning, a funeral service is scheduled to be held at the church, the news release said.

His remains are set to arrive at Texas A&M University at 3:45 p.m. Interment will occur at the George Bush Presidential Library & Museum, officials said.