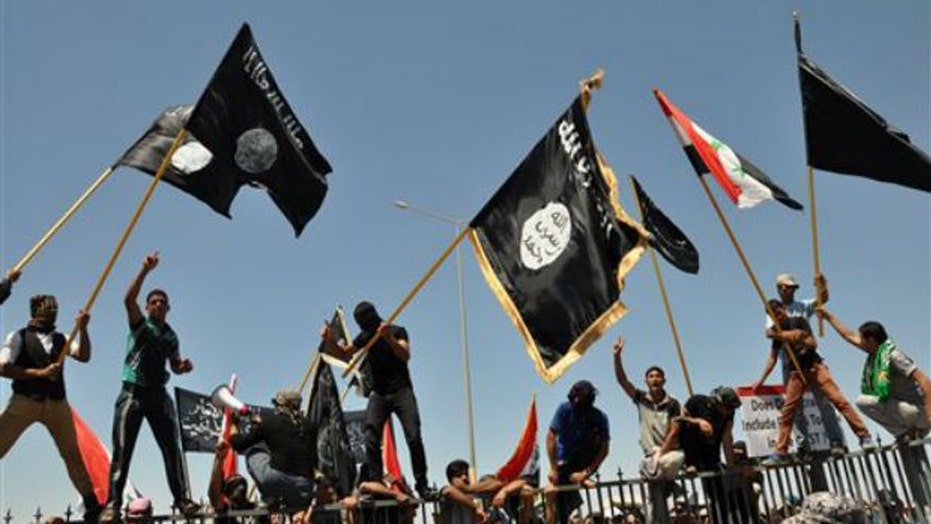 Russian air forces bombed a site close to U.S. troops in Syria on Tuesday, a near-miss in the fog of war against the Islamic State -- though the strikes still hit U.S.-backed forces.

U.S. Lt. Army Gen. Stephen Townsend said Wednesday the incident occurred after Russian pilots began bombing what they thought were ISIS fighters in a “bunch of villages” in northern Syria.

They ended up hitting forces with the U.S.-backed Syrian Arab Coalition.

U.S. troops were several miles away, and the bombing stopped after U.S. officials made “quick calls … to deconfliction channels,” said Townsend, commander of Operation Inherent Resolve, the joint operation to stop ISIS in Iraq and Syria.

An unspecified number of casualties occurred in the strike, outside the city of al-Bab, he said.

Russia denied responsibility, saying in a written statement that it had adhered to U.S. guidance on avoiding friendly forces in that area.

The confusion played out on the same day President Trump was delivering his address to a joint session of Congress. In the address, Trump called anew for the eradication of ISIS.

Russia's escalating involvement in Syria, though, has posed complications -- while the U.S. and Russia both are fighting ISIS, Moscow has been at odds with Washington in its support of Bashar Assad.

Giving a broader view of the U.S. effort, Townsend also said soldiers continue to make progress in the fight to destroy ISIS, but that officials have no plans to increase troop levels.

“I don't foresee us bringing in large numbers of coalitions troops mainly because what we're doing is in fact working,” he said.

The general said 12,000-15,000 ISIS fighters are essentially split evenly between Iraq and Syria.

“I don’t foresee us bringing in large amounts of foreign forces,” he said. “I think if we showed up with a large number of coalition forces, uninvited, that would be a concern. It would cause a problem.”

Townsend also updated reporters on the effort to liberate the northern Iraq city of Mosul, where roughly 2,000 ISIS forces are positioned.

“This enemy has been preparing for battle for some time, has done extensive amount of work,” he said.

Townsend also said ISIS forces hiding among civilian populations remains a problem and that the situation won’t improve until U.S. forces get into the cities and more-populated areas.

Townsend said ISIS still has "freedom of movement" in the Euphrates River valley along the Syrian-Iraq border.

'We only have the ability to watch and strike when we see something that is definitely visible from the air to be enemy," he said. "So until we get down there, the enemy can move back and forth across the border in that region at least fairly freely."