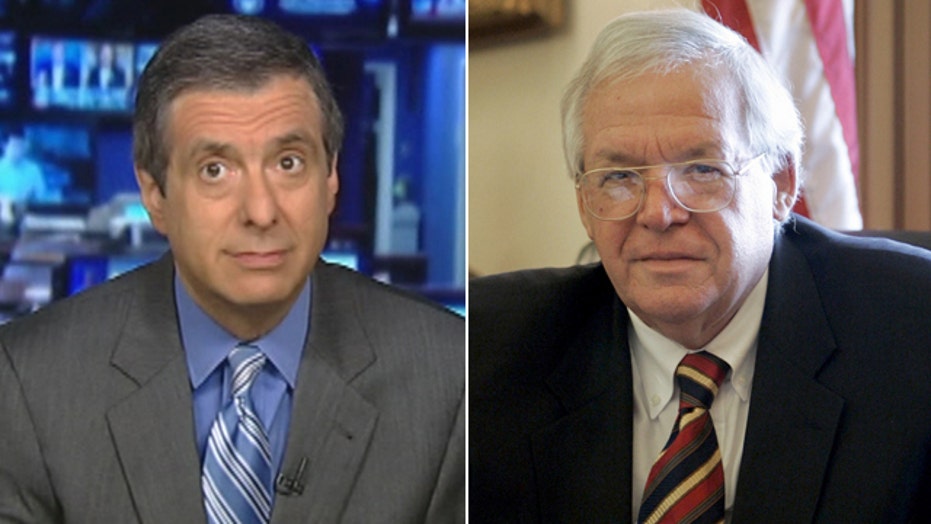 Kurtz: A Hastert accuser speaks out

Up until the moment that Jolene Burdge appeared on the television screen, the Dennis Hastert scandal had a strange and remote aura about it.

The former House speaker was charged with illegally structuring a $3.5 million payoff to cover up past misconduct, but who was getting the cash? Leaks to the media said it involved past sexual abuse, but who was involved? Hastert wasn’t talking, he’d been out of power a long time, and the whole case seemed shrouded by fog.

But there was Jolene talking to ABC’s Brian Ross about her brother, Steve, and how Hastert had ruined his life. She said her brother told her that Hastert had abused him throughout his high school days back in Illinois. Jolene’s emotion filled the screen as she described confronting Hastert at Steve’s funeral and saying she knew the dark secret.

Now the scandal had a face. Steve was not the man receiving the hush money—he died of AIDS 20 years ago—but according to his sister, his teacher had betrayed his trust.

I had a similar feeling as I watched two of the Duggar family’s daughters, Jill and Jessa, tearfully describe the unwanted touching by their brother Josh. The uproar over the TLC reality show, and the polarized reaction to this conservative Christian family, seemed more of a political story. But watching these two young women who had been victimized twice—once by their brother, and again by a tabloid that published a confidential juvenile police record—was heartbreaking.

We live in a world awash in charges—brutal crimes, political misdemeanors, financial chicanery, police misconduct—and it’s easy to become desensitized. When the Hastert case surfaced, people were initially shocked that the genial former congressman could be accused of such heinous acts. But that quickly faded as the media moved on to other outrages.

It takes a name and a face to remind us that there are victims behind the legal accusations, in this case a high school student. And that changes the media narrative.

The same thing happened as one woman after another emerged to accuse Bill Cosby of rape or sexual assault, until there were more than 30. Could they all be lying? CBS is already reporting that the FBI knows of a total of three victims. NBC sent out an alert saying it had the first video since the indictment of Hastert on his property in Plano, Ill.

At the same time, my "Media Buzz" panel was skeptical yesterday. Jolene Burdge provided no definitive proof of the sexual abuse, but she was interviewed by the FBI not long before the indictment was returned. Nine years ago, speaking off the record, she told the same tale to ABC, but Hastert denied it and the network was unable to find corroboration. You can’t publish a hugely damaging allegation like that without definitive proof. And so Hastert skated—until now.

He is, of course, entitled to the presumption of innocence. But I can’t help but wonder, why has he remained silent? Who, if he was not guilty of such terrible acts, would not issue a denial?

It is hard to imagine that prosecutors would have pursued such financial charges against an ordinary person who had not been a Washington power broker, since the statute of limitations on the underlying conduct has long since passed. But even if the legal strategy is flawed, there is the moral question: What kind of man is Denny Hastert, the compromise choice to run the House after Newt Gingrich and Bob Livingston were viewed as too morally compromised to do so?

The pain in Jolene’s eyes goes a long way toward answering that question. And I suspect we will hear from others as well.