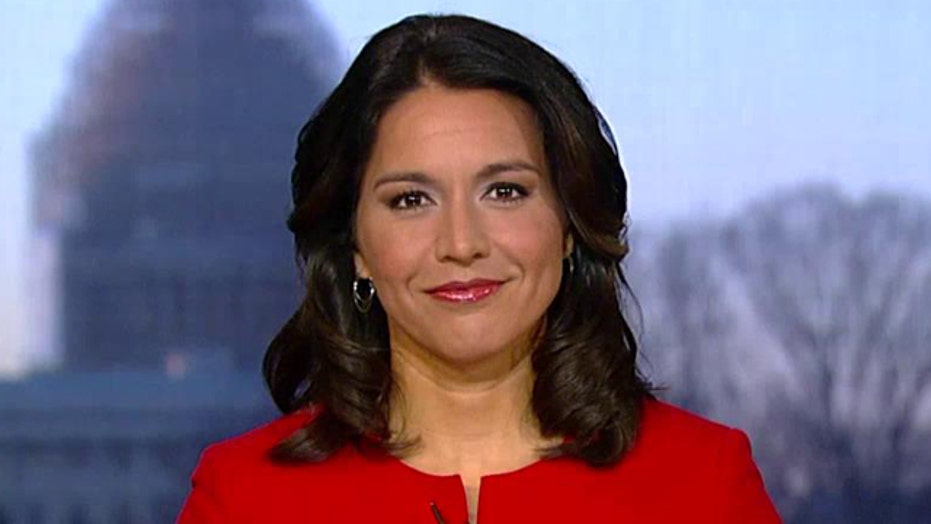 Rep. Tulsi Gabbard on ignoring ideology in the war on terror

Congresswoman speaks out about the rise of ISIS

The Hawaii Democrat told NBC's "Meet the Press" that she trusts the Vermont senator to consider the consequences of any military action.

Gabbard has been critical of the committee’s small debate schedule, which critics say is designed to protect Democratic front-runner Hillary Clinton.

Wasserman Schultz on Sunday issued a statement accepting the resignation that in part stated Gabbard is “a role model who embodies the American ideal that anyone can dream big and make a difference."

Gabbard, a member of the House Armed Services Committee and a military veteran who served in Iraq, also has been critical of President Obama’s strategy for stopping the Islamic State.

She has called for a more comprehensive approach and has criticized the president for not saying the group is engaged in “Islamic terrorism.”