Sen. Al Franken’s curiously phrased resignation speech – in which he called out Republicans accused of sexual misconduct, did not admit wrongdoing and scheduled his departure for “the coming weeks” – has spurred a conspiracy theory that may be too captivating to ignore.

What if the comedian-turned-politician is giving himself time to reverse course?

The theory centers on Tuesday’s Senate election in Alabama, where Republican Roy Moore is trading the lead in polls with Democrat Doug Jones despite a wave of sexual misconduct allegations involving Moore’s pursuit of teenage girls when he was in his 30’s.

Moore denies them. But Democratic leaders, who demanded Franken’s resignation earlier this week, are gearing up for an epic battle with Republicans over Moore’s seating should he win.

Here’s where Franken makes his move. Amid that political melee, the theory goes, Franken, D-Minn., could argue his alleged misdeeds are lesser than Moore’s and so he should remain.

“I think at that point, Franken will renege on his promise, using Moore’s election as his excuse Franken can then play the role of hero,” conservative talk radio host Lars Larson wrote. “… That’s the only sensible explanation I can find for Franken to delay his departure from the Senate. There’s nothing in the replacement process in Minnesota that would be affected by waiting a few weeks.”

There could be other explanations for Franken delaying his exit – for instance, giving his staff more time to find a new job and the Minnesota governor more time to find an interim replacement senator, as noted by the Cook Political Report.

Regardless of the reason, the near-daily churn of sexual misconduct allegations against sitting lawmakers – and the possibility of many more to come – could change the landscape later this month.

The cynical speculation that Franken is in fact engaged in an act of political cunning is mostly being furthered by conservative radio hosts and pundits.

But even Richard Painter, the former Bush ethics lawyer who has emerged as a prominent Trump critic, fanned the flames. He urged Gov. Mark Dayton to wait until the Alabama election before acting to fill the Franken seat.

“Minnesota Governor Dayton should wait until next week to sort this out, making it clear that if Alabama chooses to drastically lower the bar Franken is going right back in. Doug Jones is the only decent candidate in that race,” Painter tweeted.

The tweet, in turn, fed the speculation that Franken is “playing for time and waiting for Moore.”

Franken’s office has not responded to questions from Fox News about why the senator opted to resign in “the coming weeks.”

While the spotlight could shift to the misdeeds of other lawmakers between now and then, Franken also continues to face a stream of allegations against him – which is what led his colleagues to pressure him to leave earlier this week.

The dam-breaker, it seemed, was the account of a woman who accused Franken of forcibly trying to kiss her a decade ago – an account Franken denied.

The woman, who spoke to Politico, said she ducked when he did. Franken, who was a host on the now-defunct "Air America" radio network at the time, allegedly followed up by telling her it was his “right as an entertainer.”

“He was between me and the door and he was coming at me to kiss me,” she told Politico. “It was very quick and I think my brain had to work really hard to be like ‘Wait, what is happening?’ But I knew whatever was happening was not right and I ducked.”

The timeframe for Franken’s resignation was not the only curious part of the senator’s floor address on Thursday.

He stressed that despite his past statements of regret following groping allegations, “I also think it gave some people the false impression that I was admitting to doing things that, in fact, I haven't done. Some of the allegations against me are simply not true. Others, I remember very differently.”

He then turned fire on President Trump and Moore:

“I, of all people, am aware that there is some irony in the fact that I am leaving, while a man who has bragged on tape about his history of sexual assault sits in the Oval Office, and a man who has repeatedly preyed on young girls campaigns for the Senate with the full support of his party.” 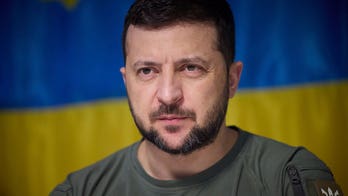 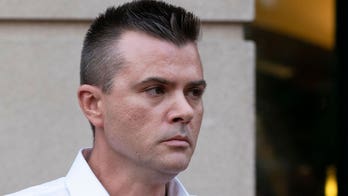