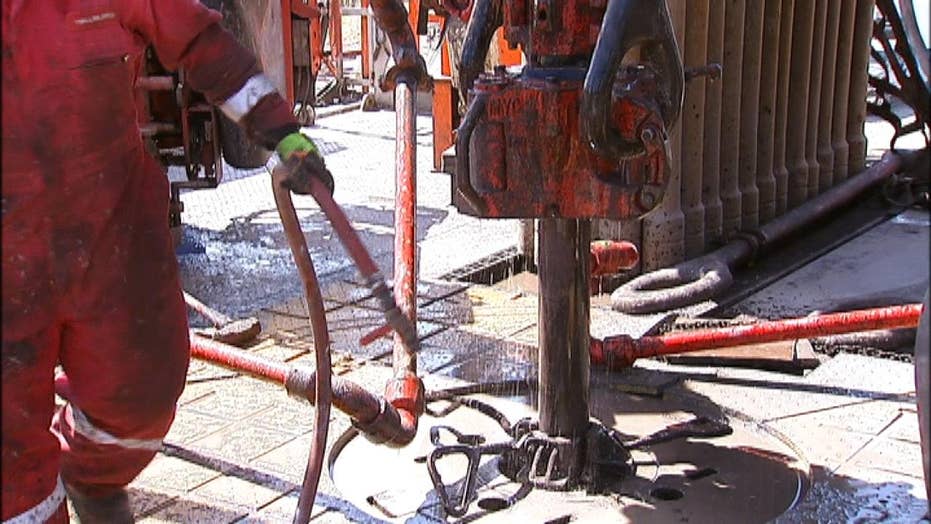 Could fracking be a deciding issue for voters in key states?

Fracking continues to cause controversy nationwide. Some democratic leaders are hardening their stance on the industry and its potential impact on the environment.

HARRISBURG, Pa. -- Some of the progressive Democrats running for president are hardening their stances on fracking and its potential impact on the environment, as the issue divides Democrats in key election states like Pennsylvania.

Fracking, short for hydraulic fracturing, is a drilling technique companies use to extract gas and oil from the ground.

In Pennsylvania, Democratic leaders see the future of fracking differently.

Otten fears fracking is a danger to the environment and a threat to public health and safety. For the last three years, her suburban neighborhood outside Philadelphia has been a construction site for gas pipelines.

“I live in a community that’s been impacted by the downstream impacts of fracking,” Otten said.

Pennsylvania’s Lt. Gov. John Fetterman, a Democrat, has another view.

“I think there’s a place for these industries. You know, we can’t all work for Google,” said Fetterman.

When Fetterman is not working at the Capitol Building in Harrisburg, he’s home in Western Pennsylvania.

“I live directly across the street from, perhaps, the largest industrial site in Pennsylvania,” said Fetterman.

Pennsylvania’s first unconventional well was drilled in Washington County in 2004. Since then, the western part of the state has become a hub for thousands of wells.

Fetterman says a ban on fracking would be premature and impact thousands of Pennsylvanians who work in the industry.

“I think it’s important that we transition away from fossil fuels in general, but I think just an arbitrary, day one kind of ban, I think, would create a lot of unintended consequences,” said Fetterman.

In 2019, President Trump visited western Pennsylvania twice to talk about his pro-industry policies.

Now, the debate over fracking is playing out on an even bigger political stage: the presidential race.

Two progressives running -- Senators Bernie Sanders of Vermont and Elizabeth Warren of Massachusetts -- have proposed bans on fracking, if elected.

It's something that frustrates David Spigelmyer, the president of the Marcellus Shale Coalition, which represents industry workers in western Pennsylvania.

According to the Institute for Energy Research, the Marcellus Shale is one of the largest natural gas reserves in North America. It stretches from upstate New York through Pennsylvania to West Virginia and parts of Ohio.

“The natural gas industry has been an enormous job generator here in the commonwealth,” said Spigelmyer.

According to Spigelmyer, a fracking ban would cost more than 600,000 Pennsylvanians their jobs.

Political analysts think a presidential candidate's view on fracking could be a deciding factor in key states this year.

“It’s important, but we don’t really know how yet. It depends on voter turnout and it depends on the strength of that coalition going into the election,” said Jack Santucci, a political science professor at Drexel University.

A recent survey by the Kaiser Family Foundation and the Cook Political Report shows 57 percent of undecided Pennsylvania voters think a fracking ban is a bad idea, compared with 39 percent who say it’s a good idea.

In the midst of the debate over fracking, two natural gas pipelines are being considered in Pennsylvania and New Jersey.