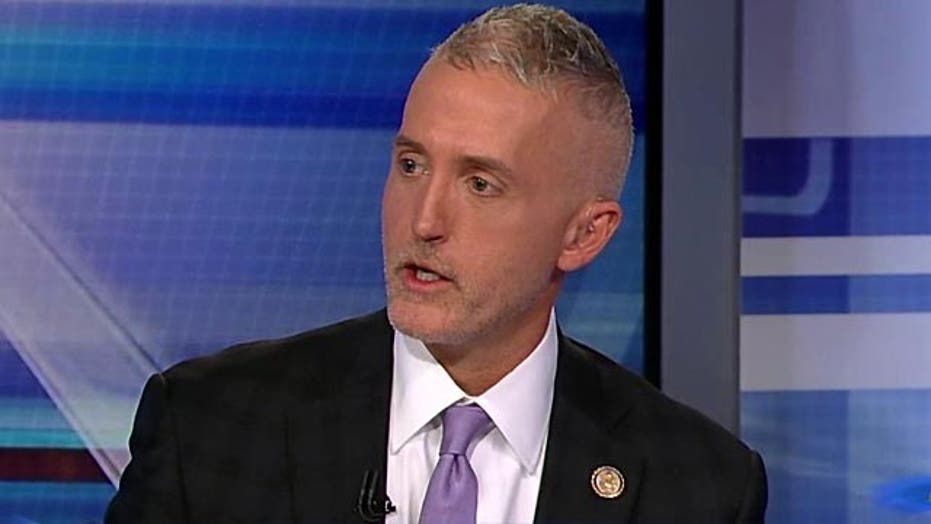 Lessons of Benghazi still not learned?

A majority of American voters wants Congress to keep investigating Benghazi -- and they want to hear from White House staffers, who they suspect of a cover-up.

That’s according to a Fox News poll released Thursday.

The September 11, 2012 terrorist attacks on the U.S. consulate in Benghazi, Libya resulted in the death of four Americans, including the U.S. ambassador.

By a 58-38 percent margin, voters think Congress should continue digging into the administration’s handling of the debacle.

And 6 in 10 say the Obama administration is covering up on Benghazi (60 percent). That’s more than twice the number that believes the White House is being “open and transparent” (28 percent).

Most Republicans think lawmakers should keep investigating Benghazi (78 percent) and believe the administration is hiding the truth (84 percent).

Views are more mixed among Democrats.  While a 58-percent majority opposes the investigation, nearly 4 in 10 think Congress should continue looking into Benghazi (38 percent).  And while 50 percent say the White House is being open and transparent, more than a third of Democrats -- 36 percent -- say it is covering up what happened.

Among veterans and those currently serving in the military, 62 percent support the congressional investigation and another 65 percent think the White House isn’t being forthcoming.

On Wednesday, Rep. Trey Gowdy, chair of the House select committee investigating Benghazi, told Fox News’s Greta van Susteren he thinks it is important for the committee to hear from Ben Rhodes, a White House political appointee who authored an email that perpetrated a false narrative on Benghazi.

The poll finds 70 percent of voters think President Obama should direct all White House staff involved in the response to the Benghazi attacks to testify under oath before the House select committee investigating the matter.  That includes a 56-percent majority of Democrats.

While there’s still majority support (58 percent) for a congressional investigation, that number is down from a high of 73 percent in June 2013, the first time it was asked on a Fox News poll.  The number believing the White House is covering up what happened in Benghazi has held steady at around 6 in 10 since May 2013.

By a 53-42 percent margin voters disapprove of Obama’s overall job performance as president.

The Fox News poll is based on landline and cell phone interviews with 1,043 randomly chosen registered voters nationwide and was conducted under the joint direction of Anderson Robbins Research (D) and Shaw & Company Research (R) from December 7-9, 2014. The full poll has a margin of sampling error of plus or minus three percentage points.