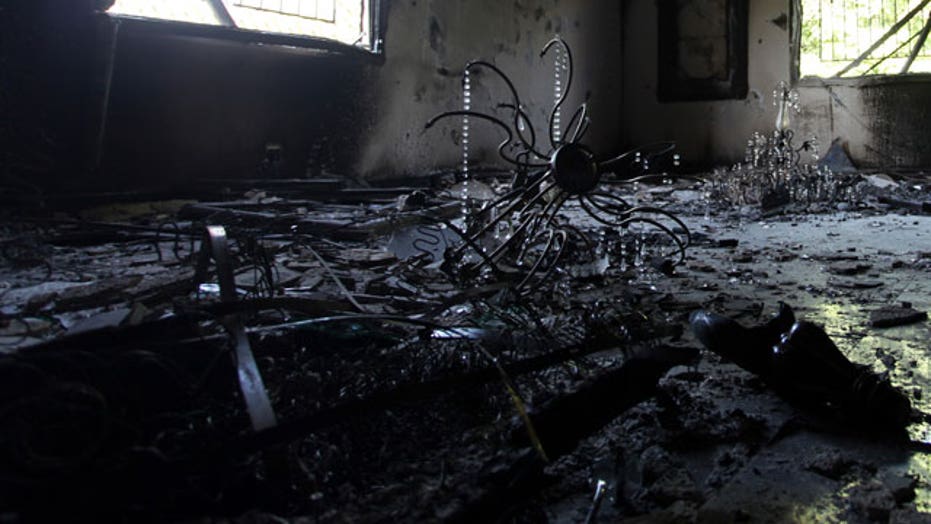 A majority of voters thinks President Obama should have ordered U.S. troops to go in and help the Americans at the U.S. consulate in Benghazi, Libya on the night it was attacked.

Sixty-two percent of voters believe Obama should have sent troops, according to a new Fox News poll.  This number is down slightly from last month’s poll when 69 percent said the president should have ordered the military into action (June 22-24, 2013).

Twenty-four percent agree with the president’s actions and don’t think he should have sent U.S. forces.

The attack took place September 11, 2012 and killed the U.S. ambassador and three other Americans.

Most Republicans think Obama should have ordered troops (by 81-10 percent) and so do independents (by 65-21 percent).  A plurality of Democrats agrees (by 44-38 percent).

Interest in news about Benghazi remains high: 59 percent of voters say they are following news about it at least somewhat closely.  That’s down, however, from 66 percent last month and 75 percent in May.

Republicans (66 percent) are more likely to be tuned in on Benghazi than independents (58 percent) or Democrats (56 percent).

The Fox News poll is based on landline and cell phone interviews with 1,017 randomly chosen registered voters nationwide and was conducted under the joint direction of Anderson Robbins Research (D) and Shaw & Company Research (R) from July 21 to July 23.  The full poll has a margin of sampling error of plus or minus three percentage points.