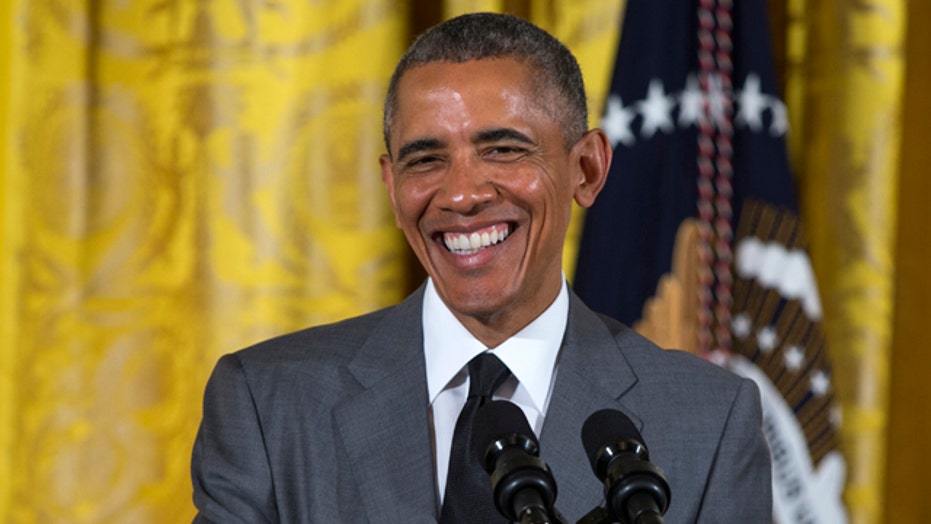 In addition, most voters haven’t felt improvements at home. Less than one in five (18 percent) say Obama’s policies have helped them. More voters (28 percent) think the policies have hurt them. The majority says the economic policies have not made much of a difference to them either way (53 percent).

Only about one in five of those living in both higher (18 percent) and lower income households (21 percent) say the administration’s policies have helped them.

Currently, 45 percent of voters approve of the job Barack Obama is doing, while 48 percent disapprove.  Even though that’s more negative than positive by 3 percentage points, this is his best rating in about two years.  In July 2013, it was 46-47 percent.

The divide on ObamaCare has narrowed.  While more voters still say they wish the health care law had never passed, the 50 percent who feel that way is a record low.

And the 45 percent who are glad ObamaCare passed is a new high -- up from the previous high of 41 percent who felt that way in February.  That shift comes mainly from independents, who are 15 points more likely to say they are happy about the law in the new poll than they were earlier this year.

Democrats are glad the law passed by a 75-20 percent margin.  Republicans wish it hadn’t passed by 85-11.  Among independents, 44 percent are glad, while 46 percent wish the 2009 system were still in place.

The Fox News poll is based on landline and cell phone interviews with 1,006 randomly chosen registered voters nationwide and was conducted under the joint direction of Anderson Robbins Research (D) and Shaw & Company Research (R) from May 31-June 2, 2015. The full poll has a margin of sampling error of plus or minus three percentage points.