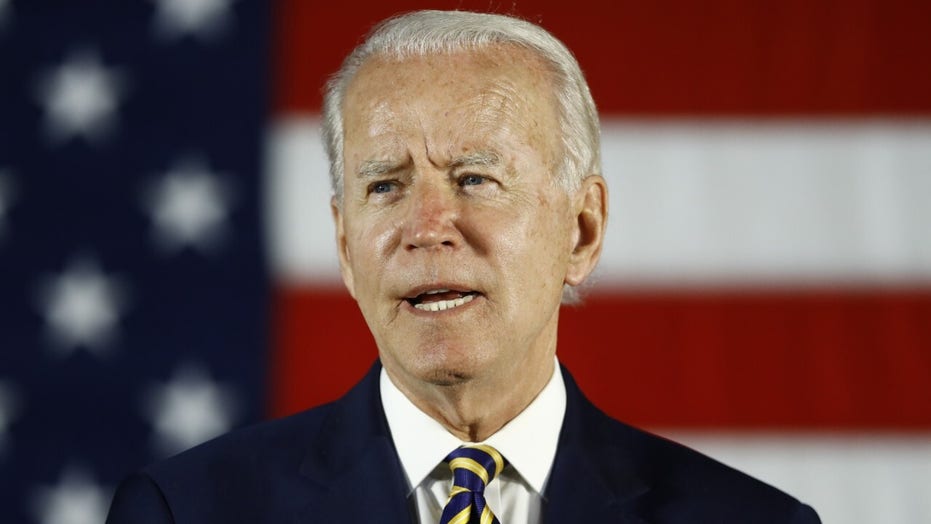 One day after a record-setting fundraiser, Joe Biden gains a significant lead over President Trump in a new poll; Jacqui Heinrich reports.

Voters think Democratic presidential candidate Joe Biden is better suited to handle the issues of the day, expanding his lead over President Donald Trump in the battleground state of Florida.

Among those “extremely” motivated to vote, Biden’s lead grows to 11 points (53-42 percent).

In 2016, Trump received 49 percent of the vote, winning the Sunshine State by one point.

In addition, some groups that are key to a Trump reelection split down the middle, including men (46 Biden vs. 44 Trump) and voters ages 65 and over (47-48 percent) -- Trump’s 8-point edge among white voters (42-50 percent) also trails expectations.

Independents go for Biden by 22 points (40-18 percent); however, a large number, 42 percent, are undecided or voting for a third-party candidate.

By a 4-point spread, they trust Trump (47 percent) over Biden (43 percent) on the economy.

A majority of Biden voters, 58 percent, say fear that Trump might win is the main motivation in their vote rather than enthusiasm for their candidate (36 percent).

Enthusiasm for Trump motivates most of his supporters as opposed to fear of a Biden win (69-24 percent).

Currently, 44 percent of Florida voters approve of the president’s job performance, down from 51 percent in April.  Over half, 53 percent, disapprove.

The number backing Trump in the presidential race (40 percent) is less than his approval rating (44 percent). That does not translate, however, into those who disapprove of the president backing Biden, whose 49 percent support is below Trump’s 53 percent disapproval.

Defections among core supporters are part of the president’s problem:  9 percent of Republicans, 8 percent of those who approve of Trump, and 8 percent of 2016 Trump voters back Biden in the matchup.

In response to a recent increase in coronavirus cases, Florida Gov. Ron DeSantis (R) announced increased enforcement of social distancing in bars and restaurants on Monday.

More Floridians approve than disapprove of the job DeSantis is doing as governor by a 53-40 percent margin.  That net positive 13-point rating is down from a net +26 in April, when 59 percent approved and 33 percent disapproved.  Since April, DeSantis’ approval fell 6 points among independents and 9 points among Democrats, but went up 3 points among Republicans.

Conducted June 20-23 2020 under the joint direction of Beacon Research (D) and Shaw & Company (R), this Fox News Poll includes interviews with 1,010 Florida voters, randomly selected from a statewide voter file, who spoke with live interviewers on landlines and cellphones. The poll has a margin of sampling error of plus or minus three percentage points for all registered voters. Respondents could complete the interview in English or Spanish.