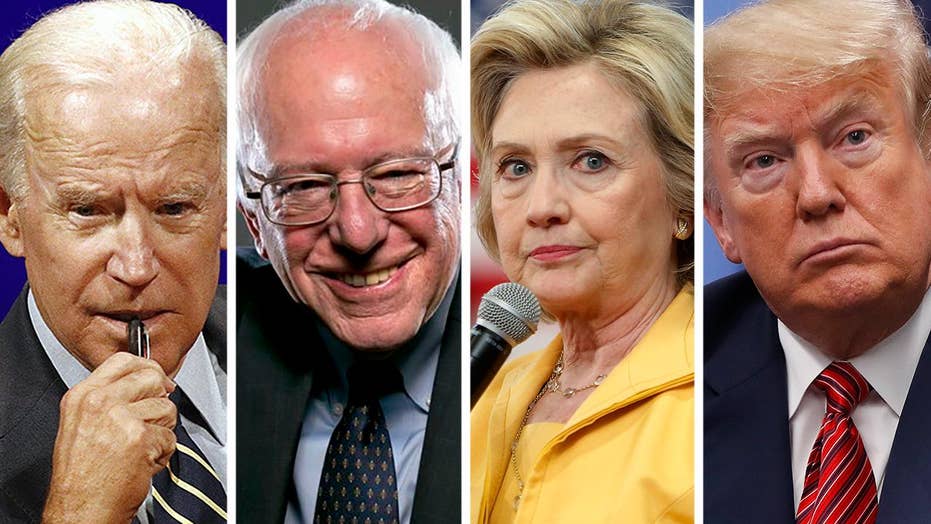 Can Dems find a cohesive message to challenge Trump in 2020?

The midterms are over, and the 2020 presidential election begins in earnest.

How do things look for President Trump’s re-election?  Thirty-nine percent of voters think he will be re-elected, according to a new Fox News poll.  For comparison, former President Obama’s re-elect number was 29 percent at this same point in his presidency (December 2010).

The survey also finds 38 percent would vote to re-elect President Trump if the election were today, up a touch from 35 percent who said the same in January.

One notable difference:  less than 1 in 10 voters gave the economy positive marks in late 2010, while five times as many (47 percent) rate it positively today.

“Trump’s economic handling numbers are decent and his base is there, but his re-elect numbers are about the same as Obama’s from late 2010.  He needs to expand his appeal and do better than break-even on the economy if he wants another four years.”

Among Republicans, 72 percent think Trump will win in 2020, and 80 percent would vote to re-elect him.

Nearly two-thirds of Republicans, 64 percent, would “definitely” re-elect Trump, up 15 points from 49 percent in January.

The same is true among those who supported Trump in 2016:  67 percent say they would definitely vote for him again, up from 52 percent.

Overall, a majority, 55 percent, says they would vote for someone else over Trump.  Democrats would back someone else by an 89-7 percent margin and independents by 59-22 percent.

Who might that someone else be? The survey asks voters what kind of president several potential Democratic candidates would be: excellent, good, only fair, or poor.  Voters are encouraged to say if they have never heard of someone, and that is certainly the case for many of those tested.

Two Democrats have officially announced their candidacy:  Maryland Rep. John Delaney and former West Virginia State Sen. Richard Ojeda.  They have some of the lowest name recognition of anyone included in the survey.  About 7 in 10 voters overall and 7 in 10 Democrats are unable to rate either of them.

While the field is still undefined, it is no surprise better-known politicians currently rate higher.  Most Democrats say former Vice President Joe Biden (70 percent excellent or good) and Vermont Sen. Bernie Sanders (63 percent) would be excellent or good as president.

Former New York City Mayor Michael Bloomberg gets the largest number saying he would make an only fair or poor president:  38 percent of Democrats feel that way.  Warren comes second at 33 percent only fair/poor.

The Fox News poll is based on landline and cellphone interviews with 1,006 randomly chosen registered voters nationwide and was conducted under the joint direction of Anderson Robbins Research (D) and Shaw & Company Research (R) from December 9-11, 2018.  The poll has a margin of sampling error of plus or minus three percentage points for all registered voters.