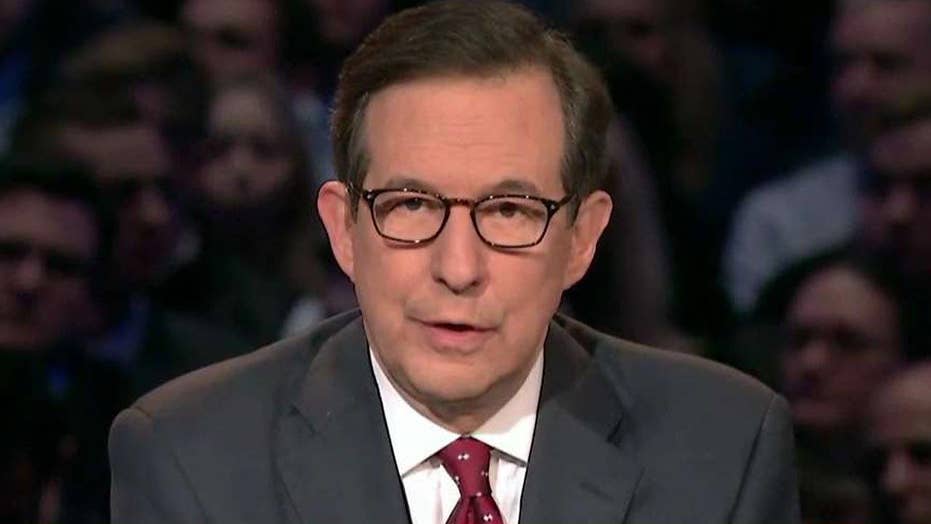 The challenges facing Chris Wallace in the final debate

The 'Fox News Sunday' host has to deal not just with policy issues, but with allegations of sexual assault against Trump and Bill Clinton; Howard Kurtz provides insight on 'Special Report'

When Chris Wallace takes up the moderator’s role at Wednesday’s third and final debate of the 2016 presidential election, he will bring more than 50 years’ experience and an impeccable reputation to the task.

The debate between Donald Trump and Hillary Clinton will air on Fox News Channel on Wednesday, Oct. 19 at 9 p.m. ET.

"If people say, 'it was a great debate and I don't remember you being there,' I will have done my job," said Wallace.

Wallace has announced the topics, which will be discussed in six 15-minute segments.

The chosen topics may be altered depending on news events leading up to the event.

Wallace has participated in coverage of nearly every major political event and has secured several high-profile interviews with dignitaries and U.S. leaders in his 13 years at Fox News Channel. Serving as moderator of the 90-minute session at University of Nevada, Las Vegas is the latest milestone in an illustrious career.

"I'm the first Fox moderator to do a general election debate and I'm very proud for the news organization,” Wallace recently told Baier. “I think it's a recognition of the fact that we do serious journalism.  Some critics say no, but the fact is, you and I know we do. And here's the Commission on Presidential Debates recognizing that."

The debate also will be streamed live on FoxNews.com and the Fox News app.

Wallace has interviewed presidents before, including an exclusive sit-down earlier this year with President Obama, his fourth interview with Obama. He has also handled moderating duties in the past, working alongside co-anchors Baier and Megyn Kelly in August 2015, during the first GOP presidential debate of the 2016 election.

Wallace also co-moderated the network’s second and third debates of the 2016 cycle, held on Jan. 28 in Des Moines, and March 3 in Detroit.

In prior election years, Wallace served as a panel member and moderator of FNC's South Carolina, New Hampshire and Florida debates during the 2012 primary campaign season. He also played an integral role in Fox News' 2008 and 2004 election coverage.

It was 1964 when Wallace got his first taste of presidential politics, serving as news legend Walter Cronkite's "go-fer" at the RNC convention.

Over the next 50-plus years in broadcasting, Wallace has won every major broadcast news award for his reporting, including three Emmy Awards, the Dupont-Columbia Silver Baton, the Peabody Award and the Sol Taishoff Award for Broadcast Journalism, which was awarded to him by the National Press Foundation.

Most recently, he received the 2013 Paul White Award for lifetime achievement and service to electronic journalism from the Radio Television Digital News Association. Wallace has been described as an "equal opportunity inquisitor" by The Boston Globe, "an aggressive journalist," "sharp edged" and "solid" by The Washington Post and "an equal-opportunity ravager" by The Miami Herald.

Before joining FNC, Wallace worked at ABC News for 14 years where he served as the senior correspondent for “Primetime Thursday” and a substitute host for “Nightline.” During his tenure with ABC News, Wallace hosted multiple groundbreaking investigations and received numerous awards for his work.

Prior to joining ABC News, Wallace served as NBC’s chief White House correspondent from 1982-1989. While at NBC, he covered the 1980, 1984 and 1988 presidential campaigns as well as the Democratic and Republican conventions in those years. Wallace moderated “Meet the Press” from 1987-1988.