Pelosi on Trump: If the goods are there, you must impeach

Four additional House Democrats have publicly come out in favor of impeaching Donald Trump this week, as the party's calls to remove the president continue to grow.

She also called on Congress to use every resource at their disposal to investigate the president and his administration -- even if it costs the party votes in the upcoming 2020 elections.

Rep. Nydia Velazquez, D-N.Y., and Rep. Tony Cardenas D-Calif., also joined the calls to remove Trump from office Thursday, after each of them tweeted out their reasoning behind the decision. 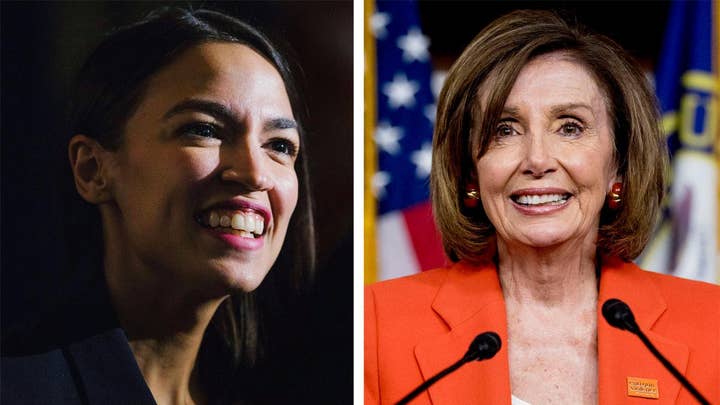 Velazquez noted she was the first member of Congress to call for a special counsel investigation and credited the Mueller report with helping her make a final determination. Cardenas also cited the Mueller report as his main reason and said he was disturbed by Trump administration officials ignoring Congressional subpoenas.

With these recent calls for impeachment, there are now nearly 70 House members who support removing Trump from office.

PELOSI DOWNPLAYS HOUSE DEM SUPPORT FOR TRUMP IMPEACHMENT, SAYS 'IT'S NOT EVEN CLOSE'

Rep. Sean Casten D-Ill., appeared on "Morning Joe" Thursday and said he too would be throwing his support behind Democratic impeachment efforts.

"With great regret, the answer is yes [to impeachment[," he told MSNBC. "The failure of the president to allow us to do our job has I think, made this a necessity."

Cardenas echoed Casten on Twitter and said Trump's efforts to stonewall Congress must not be allowed to stand.

"We cannot allow Trump to continue to obstruct Congress's investigation and prevent us from getting to the truth," Cardenas said on Twitter. "We have come up against a wall. It is time to break down that wall."