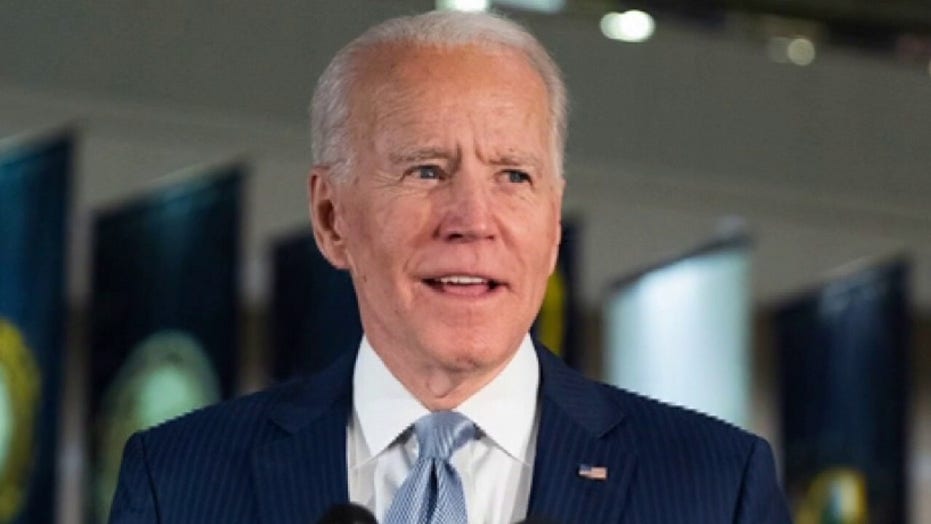 A board member of the petrochemical giant Phillips 66 with ties to Joe Biden has donated the maximum allowable amount to his presidential campaign, and Biden's campaign recently paid $85,000 to a travel company linked to the donor, Federal Election Commission (FEC) filings from April show -- despite Biden's pledge "not to take contributions over $200 from oil, gas, and coal industry executives, lobbyists, and PACs."

For Biden, who has repeatedly suggested that some fossil fuel executives should be jailed, the revelation again threatened to undercut his messaging on climate change -- which has earned him recent endorsements from fellow former VP Al Gore, Washington Gov. Jay Inslee and others. Earlier this year, though, Biden told an anti-pipeline activist to "go vote for someone else," in a dispute caught on camera. And, environmentalists sounded the alarm last year when Biden attended a high-dollar fundraiser hosted by the co-founder of a liquefied natural gas-related company.

The timing of the April private jet spending indicates that the expenditures were likely tied to a campaign trip to Arkansas by his wife Jill, who flew into town in an IAI 1124 Westwind, a seven-seat private jet. Federal Aviation Administration (FAA) records show that the jet is owned by W&A Aviation Group LLC, where Biden's campaign spent the $85,000.

Al Gore has endorsed Joe Biden this week, saying he's the only candidate who can help save the environment. (Photo by Chris Hyde/Getty Images)

Whittington has been with the company since 2012, according to Bloomberg. She is currently the chair of Phillips 66's human resources and compensation committee, and also sits on the "nominating and governance, public policy, and executive committees," according to the company's website.

FEC records show Whittington has contributed the maximum $2,800 to Biden's presidential campaign in the past 12 months, including more than $1,000 in 2020 alone. Biden has specifically signed the "No Fossil Fuel Money Pledge," saying he would not take more than $200 in contributions from "S.E.C.-named executives of fossil fuel companies," The New York Times has reported.

The pledge explicitly includes Phillips 66, and states: "I pledge not to take contributions over $200 from oil, gas, and coal industry executives, lobbyists, and PACs and instead prioritize the health of our families, climate, and democracy over fossil fuel industry profits."

Whittington is a board member, not an executive, for Phillips 66, meaning that Biden could technically argue that the contributions are in line with the pledge. But, in his rhetoric on the campaign trail, the former vice president has suggested that his commitment to the environmentalist movement extends beyond the strict letter of such pledges.

Biden's campaign did not provide an on-the-record comment to Fox News. 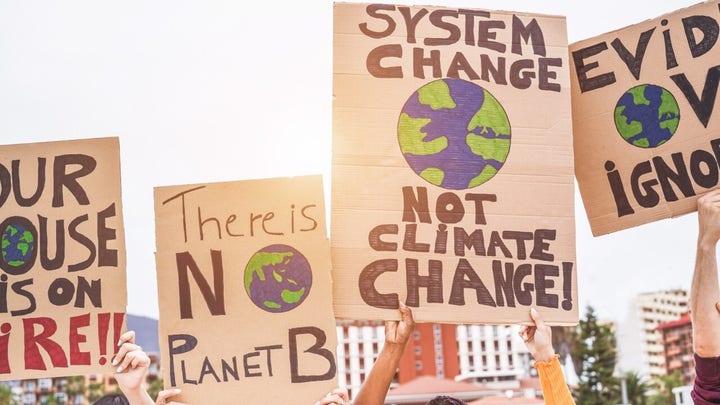 "I just want to be very clear to everyone here: I am committed to not raising money from fossil fuel executives and I am not doing that tonight," Biden said last year. "Climate change presents an existential threat, and it is real."

Marna and Thomas Whittington, a former Biden classmate, have ties to Biden. They have also contributed generously to the University of Delaware, where they have provided the "Whittington Family Scholarship, gifts to the College of Education and Human Development and, most recently ... establish[ed] the Whittington Graduate Fellowship and the Whittington Internship, both in the Biden Institute."

The Houston Chronicle has reported that Phillips 66's affiliated "master limited partnership" now owns a 25 percent in the Bakken Pipeline System, "including the controversial Dakota Access pipeline." A 2017 report in the paper noted that a "publicly traded master limited partnership ... is a uniquely American corporate structure aimed at avoiding taxes."

A federal judge in March ordered the U.S. Army Corps of Engineers to conduct a full environmental review of the Dakota Access pipeline, nearly three years after it began carrying oil despite protests by people who gathered in North Dakota for more than a year. U.S. District Judge James Boasberg wrote that the easement approval for the pipeline remains “highly controversial” under federal environmental law, and a more extensive review is necessary than the environmental assessment that was done.

WATCH BELOW: BIDEN TELLS PIPELINE PROTESTER TO VOTE FOR 'SOMEONE ELSE'

The pipeline was the subject of months of protests, sometimes violent, during its construction in late 2016 and early 2017 near the Standing Rock Sioux Reservation that straddles the North Dakota-South Dakota border. The Standing Rock tribe continued to press litigation against the pipeline even after it began carrying oil from North Dakota across several states to a shipping point in Illinois in June 2017.

The $3.8 billion, 1,172-mile underground pipeline crosses beneath the Missouri River, just north of the Standing Rock reservation. The tribe draws its water from the river and fears pollution. Texas-based Energy Transfer insisted the pipeline would be safe.

Meanwhile, a 2015 press release from then-California Attorney General Kamala Harris slammed Phillips 66 in announcing an $11.5 million settlement with both Phillips 66 and ConocoPhillips.

"The settlement resolves law enforcement allegations that the companies violated state laws governing the proper operation and maintenance of underground storage tanks used to store gasoline for retail sale," Harris' office wrote. "The companies failed to comply with hazardous materials and hazardous waste laws at over 560 gasoline stations owned or operated by the companies in the state of California."

"This settlement holds Phillips 66 and ConocoPhillips accountable for this dangerous negligence and will ensure future compliance with environmental laws," Harris herself remarked.

The New York Times reported last year that Biden has struggled to live up to his climate rhetoric, saying he "seemed momentarily caught off guard ... in a nationally televised climate change forum about whether a host of a fund-raising event for him had ties to the fossil fuel industry."

Biden, the paper noted, "was confronted by an audience member about a high-dollar fund-raiser on his schedule ... in New York with an executive named Andrew Goldman."

"Defying criticism from climate activists," the paper wrote, Biden "attended a fund-raiser co-hosted by a founder of a liquefied natural gas-related company and defended his decision to do so, despite concerns from some environmentalists that he violated the intent of a pledge to forgo money from oil and gas executives."

Last December, at a town hall, Biden suggested his administration would imprison fossil fuel executives: 'We have to set sort of guide rails down now, so between the years 2021 and 2030, it's irreversible – the path we set ourselves on. And one of which is doing away with any substance for fossil fuels – number one. Number two, holding them liable for what they have done ... particularly in those cases where your underserved neighborhoods and – you know the deal, OK. And by the way, when they don't want to deliver, put them in jail. I'm not joking about this."

Biden has separately taken criticism for relying on private jet travel more than his rivals for the 2020 Democratic presidential nomination.