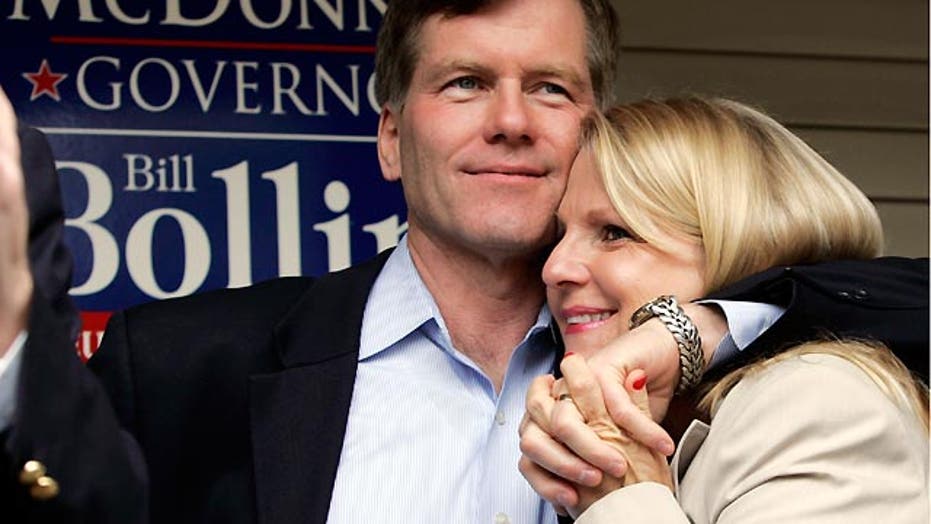 Former Virginia Republican Gov. Bob McDonnell and wife Maureen were indicted Tuesday on federal corruption charges for allegedly accepting gifts, vacations and loans from a businessman seeking special treatment from the state for his fledgling business.

The couple will be arraigned Friday morning.

Following announcement of the indictment, McDonnell called the allegations “false” and said he “deeply” regretted accepting “legal” gifts and loans and that he takes “full responsibility” for his poor judgment.

“However, I repeat emphatically that I did nothing illegal for Mr. Williams in exchange for what I believed was his personal generosity and friendship,” McDonnell said in a statement.

“I never promised -- and Mr. Williams and his company never received -- any government benefit of any kind from me or my administration. We did not violate the law, and I will use every available resource and advocate I have for as long as it takes to fight these false allegations.”

In a press conference late Tuesday McDonnell claimed the federal prosecutors "stretched the law to its breaking point" in order to bring the indictment, saying his action were no different than any other governor.

In July, McDonnell said he had repaid more than $120,000 that Williams, a major political donor, had given his wife and a real estate business McDonnell and his sister owned.

He also apologized for embarrassing the state but steadfastly denied breaking any laws.

The 43-page indictment reveals the extent of the relationship, including McDonnell’s use of Williams’ private jet, and the financial strain his successful 2008 gubernatorial campaign put on his family.

“We are broke,” Maureen McDonnell tells a staffer in an email after her husband nixed Williams buying her an Oscar de la Renta dress for the December 2009 gubernatorial inauguration ball, according to the court documents. We “have an unconscionable amount in credit card debt already, and this Inaugural is killing us!!”

Court documents also show that Williams paid $15,000 for catering at the 2011 wedding of one of McDonnell’s daughters. McDonnell has said he didn’t disclose the gift because it was a present to a family member, not an elected official.

The federal investigation that preceded the charges also overshadowed the final months in office for the once-rising star of the Republican Party as well as the state’s 2013 gubernatorial race, won in November by Democrat Terry McAuliffe.

Williams is no longer the company's chief executive officer.