Former Rep. Darrell Issa said Monday on "Outnumbered Overtime" that House Intelligence Committee Chairman Adam Schiff knows he was "disingenuous" when he claimed he had evidence that President Trump colluded with Russia.

Issa claimed that rather than admit the fact, his fellow Californian is instead pivoting and working toward the "destruction of the president."

"The Trump administration has decided to say a blanket 'no' to any kind of oversight whatsoever. No witnesses, no documents, no nothing," Schiff, a Democrat, said in an ABC News interview on Sunday.

Schiff claimed Trump is asserting executive privilege power over things "he knows there is no basis for."

"We are going to fight it. We are fighting it," he said.

TRUMP WARNS IRAN, SAYS COUNTRY WILL 'SUFFER GREATLY' IF IT DOES 'ANYTHING' AMID TENSIONS

Issa said that Schiff failed to produce evidence the president colluded with Russian actors in regard to his 2016 election victory and is now badgering the administration.

"Instead, he has shifted to the destruction of the president," Issa said, adding that it is important for the public to understand that Congress' oversight ability does not come from the Constitution. 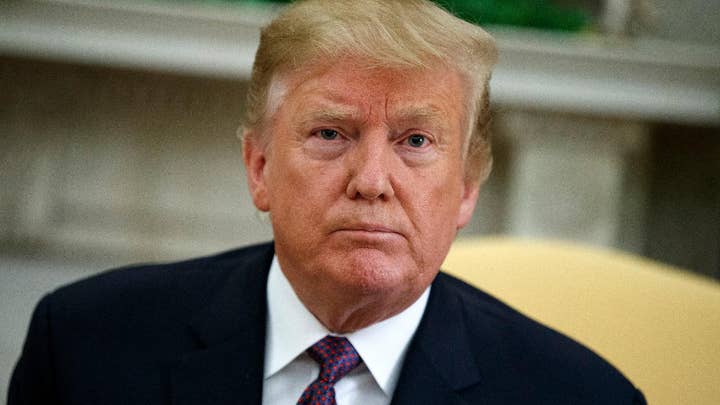 "We have it because of the necessity to know that's in order to legislate. As a result, the courts have always held that there has to be a legislative purpose," Issa said, adding that House Ways & Means Committee Chairman Richard Neal's, D-Mass., ongoing attempts to acquire Trump's tax returns do not meet that standard.

Issa said some of the Democrats' actions echo the "Bills of Attainder" used by leaders like English King Henry VIII in the 1500s.

Issa said that the king passed laws targeting an individual or a group rather than the public at-large.

"That is exactly what's happening," he said. "This [effort] to demand ten years of the president's tax records, it's not about the next president, it's about this president."