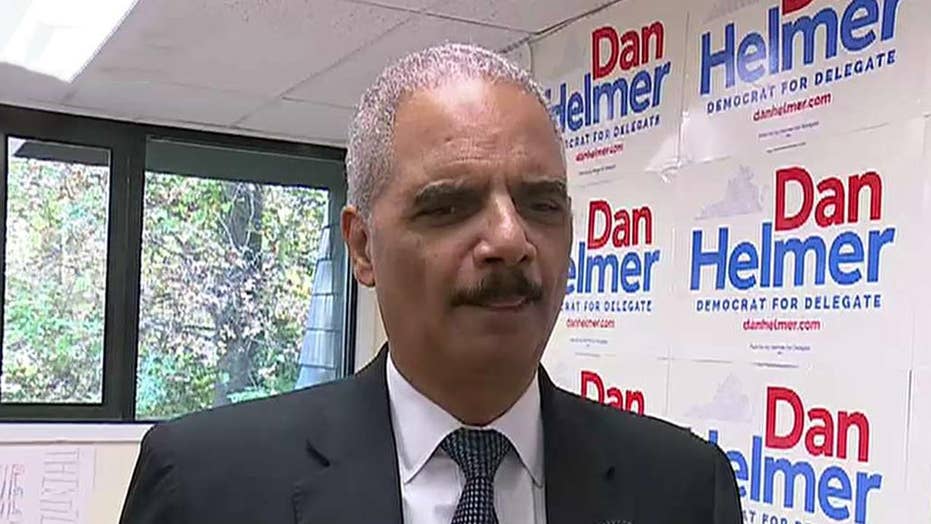 Former Attorney General Eric Holder is endorsing Joe Biden for president, saying that the former vice president would work in the White House to reduce mass incarcerations and heal a divided nation.

"Now is the time to take bold action to deal with the health and economic crisis we face and to heal the nation we all love. Joe Biden is the person to lead America to that place," Holder tweeted on Wednesday.

“This is one of those issues that people are going to be surprised at how forward-leaning he’s likely to be,” Holder noted in an interview with the Washington Post, where he publicly said for the first time that he is endorsing Biden.

As he jumped into the White House race a year ago, Biden was slammed by many of his nomination rivals for his role leading efforts to write and pass the 1994 Violent Crime Control and Law Enforcement Act. The law has long been criticized for unfairly impacting minorities for its “three strikes” rule, which expanded the death penalty and increased incarcerations, and for encouraging tougher parole rules.

Before he launched his campaign, Biden apologized for his past stance on crime. And last summer he introduced a criminal justice plan that would reverse some of the elements of the 1994 law by eliminating racial disparities and providing second chances for those incarcerated.

The Trump administration, for its part, has instituted the First Step Act, a system that assesses an inmate’s risk of reoffending and offers a chance to help those in prison get out early. More than 3,100 federal inmates have been released under the plan.

Holder, who was the nation’s first black U.S. attorney general, flirted with his own White House run in 2018 and early 2019. Trips to New Hampshire and Iowa – the first two states to vote in the presidential primary and caucus calendar – further sparked speculation. But Holder announced in March of last year that he wouldn’t launch a presidential campaign and would instead continue to lead efforts to end partisan gerrymandering as head of the National Democratic Redistricting Committee.

Last June, as Biden was weathering a controversy as he defended his ability decades ago to work with two segregationist Southern senators to “get things done,” Holder said during an interview with Fox News that Biden “should have used some better examples” when touting his bipartisan chops.