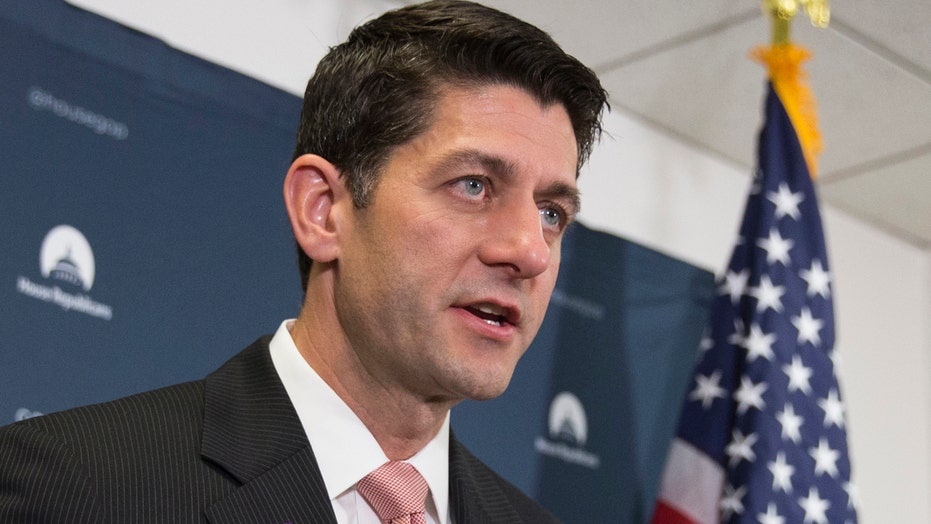 Here they all are on the congressional playground. Hanging from the jungle gym bars. Pushing each other on the swing set. Getting dizzy on the merry-go-round. There are games of tag and hide-and-seek.

And yet lawmakers aren’t engaged in one schoolyard staple: follow the leader.

House Republicans have held an aversion to this pastime for quite a while now. There certainly wasn’t a lot of “follow the leader” during the tenure of former House Speaker John Boehner, R-Ohio. Conservatives balked at Boehner when it came to immigration reform – to say nothing of engineering a government shutdown over funding ObamaCare. Boehner’s race for speaker was in jeopardy in January of last year – culminating in tension last summer and fall as dissidents essentially pushed the Ohio Republican out the door.

When it came to “must-do” items, Boehner repeatedly turned to Democrats to avoid government shutdowns, raise the debt ceiling, sidestep the fiscal cliff and approve money to help the victims of Hurricane Sandy.

Think things are better under House Speaker Paul Ryan, R-Wis.? Well, people in the House of Representatives have certainly felt better over the past few months. There are certainly a few notable legislative achievements including a transportation bill late last year.

But the calculus is becoming more complicated for Ryan. The House stumbled dramatically to adopt a budget this spring. The House last week defeated one of the 12 annual spending bills which fund the government. The House sank the Energy and Water appropriations bill primarily because of a dispute over banning LGBT discrimination in federal contracting. The House narrowly averted a similar disaster on a bill funding veterans’ programs back in May. The legislative traffic won’t get easier.

The House and Senate leadership is likely to face the unenviable task of shoving all of the spending bills into a gigantic, take-it-or-leave-it package if the House continues to struggle with LGBT-related amendments. Moving legislation in amalgamated measures with Democratic support required for passage is reflective of Boehner’s technique when it came to important matters. Often Boehner’s endeavors on that front saved Republicans from themselves as he sheltered the majority party from controversial votes or salvaged the House from embarrassing defeats.

For his efforts, House conservatives pelted Boehner with brickbats.

In the House, the leader changed. But not the membership. That’s why it won’t be surprising if Ryan begins to face tougher challenges in the coming months.

Many House conservatives demand “real change.” It’s unclear how much leeway they would give Ryan if they don’t start to see “real change.”

Is all of this on Ryan? Absolutely not. But the same circumstances which tormented Boehner could bedevil Ryan. In short, the makeup of the House Republican Conference makes it exceptionally hard to manage – and few are willing to follow the leader.

It’s no surprise that Ryan spent much of his valuable political capital trying to empower individual members and committees and “restore” an organic legislative process. That goes a long way.

As the House wrestles with spending bills, Republicans are also digging into an effort to potentially impeach IRS Commissioner John Koskinen. On their respective faces, approving spending bills has little to do with the conduct of the IRS commissioner. But the posture of Ryan and other House leaders provides a contrast to those who want to go for Koskinen’s jugular. The dynamic reflects the conundrum over appropriations efforts.

House GOP leaders, Goodlatte, Chaffetz and members of the House Freedom Caucus (who have it in for Koskinen) forged an unholy alliance to take a stab at impeachment. To be clear, leadership really doesn’t want to deal with this issue on the floor. And it’s unclear how Goodlatte may handle the issue in his committee. The Judiciary Committee heard the case against Koskinen last week and plans another hearing on the same topic soon.

But this is the challenge when the members aren’t willing to follow the leader. Under a strong speakership, if the leader said no, members would back down. But under a speakership where Ryan attempts to empower the members (which detractors may characterize as a “weak” speakership), the issues and topics gurgle from the bottom up. In other words, Ryan may not want to tussle with the impeachment skein – especially in an election year. But if that’s what conservative members want … well …

Neither the House nor Senate has impeached any Cabinet official since the mid-1870s. And note that’s a Cabinet-level official, here. Not something lower like “IRS Commissioner.”

But the push for impeachment isn’t coming from the top. So it’s unclear how the House will resolve this.

That said, the push to approve spending bills is coming from the top. But that’s hard to accomplish when no one is willing to follow the leader.