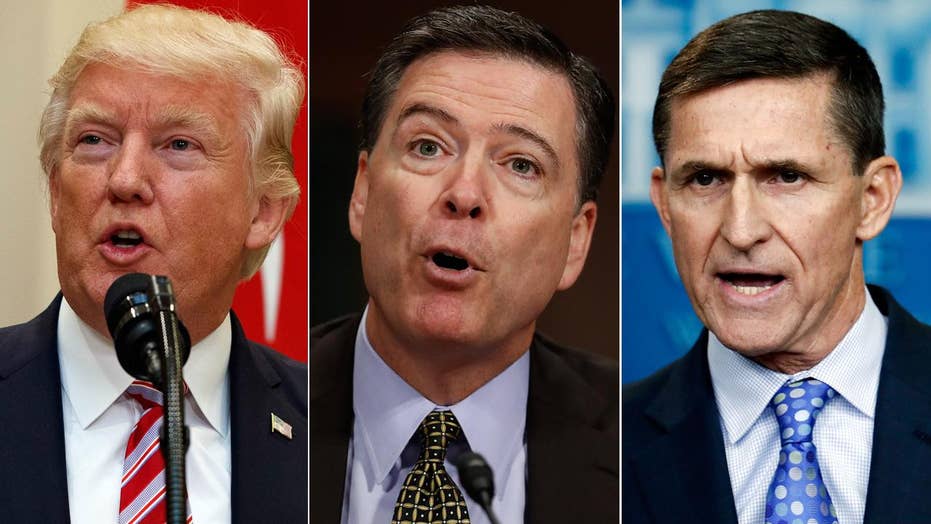 “Flynn never spoke to the president about trying to end or influence any ongoing government investigations of him,” Fox News was told.

The New York Times reported late Tuesday that a memo from James Comey alleged that Trump tried to end the FBI probe of Flynn during a private meeting in mid-February.

People close to Flynn told Fox News they could not speak to Trump’s private conversation.

The former Obama Defense Intelligence Agency director has been a key figure in the Russia investigation since last year.

A Justice Department probe of Flynn’s foreign contacts with Turkey began in November. The probes would ultimately expand to include a counterintelligence case examining Russian contacts. A source said the DOJ probe was “fast tracked by upper levels of the Department of Justice,” where Sally Yates was deputy attorney general at the time.

Yates, though, told The New Yorker this week that when she took over as acting attorney general on Jan. 20, “I expected this to be an uneventful few weeks.”

Documents obtained through a Freedom of Information Act request and published in March 2017 by The Daily Caller show that Yates, who was later fired by Trump for refusing to defend his ‘travel ban,’ was sent information about a Flynn investigation under the Foreign Agent Registration Act (FARA) on Jan. 27. This was the same day Yates warned the White House counsel that Flynn might be subject to blackmail over his conversations with the Russian ambassador.

Yates also told The New Yorker that Flynn’s name appeared, unredacted, in intelligence reports regarding his discussions with the ambassador, Sergei Kislyak.

Those close to Flynn said Yates’ confirmation of this unmasking is  “extremely unusual” and “exceptional” since Flynn is an American and was part of the incoming administration.

Flynn’s close associates say this is evidence he was singled out by the previous administration or intelligence community, calling it “intentional.”

Those close to Flynn dispute claims that the contents of the call with the Russian ambassador left Flynn vulnerable.