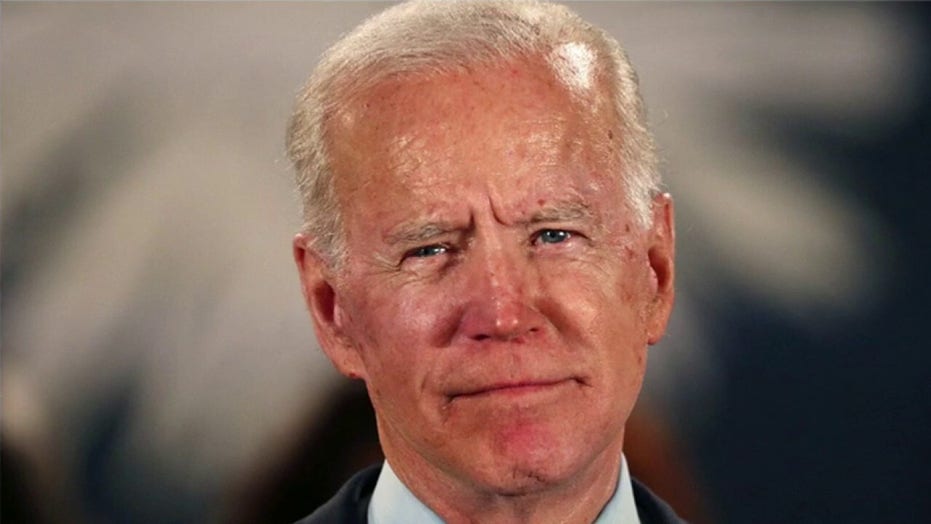 Do prominent Democrats have a plan B for Joe Biden?

Are some Democrats pushing for an alternative to Joe Biden behind the scenes? Jason Chaffetz discusses scrutiny over sexual assault allegations

A video of former Vice President Joe Biden speaking about his academic record -- and news reports refuting claims he made at the time -- when he was running for president in 1987 is circulating social media thanks to supporters of President Trump.

BIDEN TO BEAM INTO FLORIDA, THE LARGEST 2020 BATTLEGROUND

Donald Trump Jr. shared video that included that footage, as well as news reports at the time saying that none of those claims was true, and that Biden eventually admitted as much.

"Everything you need to know about Joe Biden in one clip," Donald Trump Jr. said in a tweet in which he shared the video. "I guess he will tell you whatever lie he thinks it takes to score political points."

According to reports at the time, Biden made those claims at a campaign event in New Hampshire after the then-senator was asked about his law school record.

Biden admitted that he misspoke following a Newsweek report that said he finished in the bottom half of his law school class.

"I exaggerate when I’m angry, but I’ve never gone around telling people things that aren’t true about me," he told the New York Times.

Biden acknowledged at the time that he finished 76th out of a graduating law school class of 85 at Syracuse University. He also released documentation that he did not have a full scholarship, but did receive $800 toward a tuition of $1,620.

When asked if he feared the false statements would affect his chances in the 1988 presidential race, Biden told the Times, "I think if I can get by the next week, I can pull out of this. If I can just get my story across."