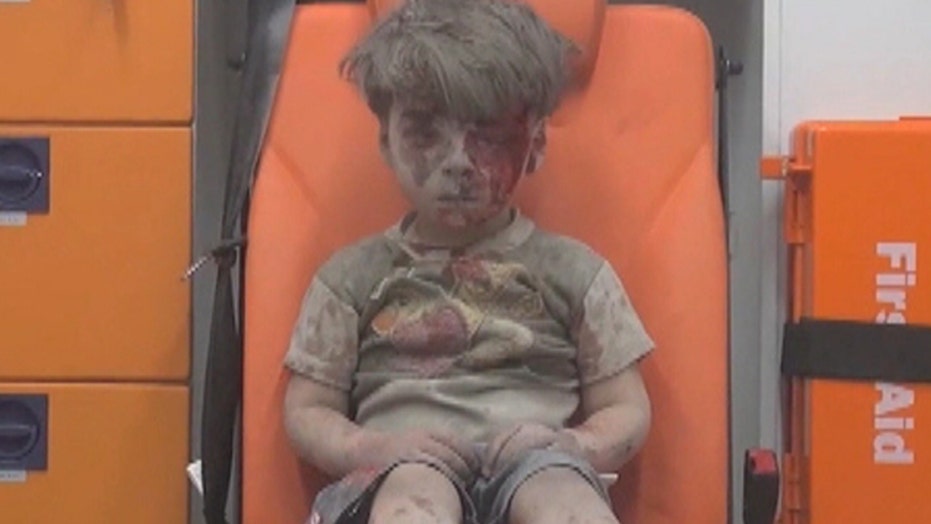 As President Obama enters his final five months in office – five years after demanding Bashar Assad “step aside” – the U.S. is faced with the likelihood that Obama will be gone long before the Syrian strongman.

Syria’s ruthless leader is now only more entrenched in Damascus – atop a crumbling nation whose civil war has killed hundreds of thousands, produced millions of refugees and entangled the U.S. and its allies in a convoluted warzone alongside regional powers all with different aims. No matter who wins the 2016 election, the worsening stalemate leaves a Middle East mess for the next president.

“The United States can't fix Syria. It never could, it never did, and what Syria will go down as is the poster child of President Obama having policies in his head that work fine, but on the ground, make no sense whatsoever,” the Heritage Foundation’s James Carafano said.

The human toll of the war -- and the impact of the refugees who have overwhelmed neighboring countries, changed the face of Europe and now pose thorny security questions for U.S. immigration policy -- cannot be overstated. The world was reminded of this once again this week, when an opposition group released chilling footage of a child rescued from the rubble of an Aleppo airstrike.

The boy can be seen, dazed and bloodied and covered in dust, staring vacantly from an orange chair.

It was the latest example of how the rhetoric of 2011 and the reality of the present are at sharp odds.

“We have consistently said that President Assad must lead a democratic transition or get out of the way. He has not led,” Obama said. “For the sake of the Syrian people, the time has come for President Assad to step aside.”

The death toll since 2011 now is estimated to be as high as a half-million, as Assad continues to repel rebel advances. According to the Associated Press, government forces blunted a new rebel assault near Aleppo on Monday, forcing them to retreat from areas they had just seized.

Meanwhile, the migration crisis has swelled to astonishing levels.

According to the United Nations, nearly 5 million refugees have registered in Egypt, Iraq, Jordan, Lebanon and Turkey. The U.N. also reports more than 1 million Syrians have entered asylum applications in Europe. The Obama administration is also trying to vet and process thousands of Syrian refugees, fueling security concerns about whether the U.S. can adequately screen for terror ties.

On Thursday, discussing the five-year mark, State Department spokesman John Kirby defended the progress made to date, noting that in the same 2011 speech Obama also noted the U.S. would not impose a transition but would pressure Assad to leave while supporting the rights of the Syrian people.

“Everything that we’ve done since then has supported that overarching goal,” Kirby said. “What the president said five years ago, you have to take that in totality and all its context.”

Part of the administration’s challenge in pursuing Assad’s ouster all along has been finding credible opposition groups to support – the group pushed back near Aleppo earlier this week, for instance, reportedly includes Fath al-Sham, which previously was the Al Qaeda affiliate in the country under a different name.

The administration also has been accused of dragging its feet in providing support to moderate opposition it could identify, and faulted for not backing up its “red line” threat when Assad was accused of using chemical weapons.

“Dictators look for clues from world leaders … around what they’ll do to stop or not stop them,” Evan McMullin, a former CIA agent now mounting an independent bid for president, told Fox News. “For [Assad] to see that President Obama didn’t back up that line gave him the green light to continue attacks on Syrian civilians.”

Meanwhile, the U.S. and its allies – and its adversaries – are actively fighting the Islamic State, not Assad. While the defeat of the deadly terror network is a near-universal goal among nations, that military campaign has helped diminish yet another one of Assad’s foes inside Syria, even as ISIS expands its global influence via affiliates and poses a rising threat to the West with its attempt to inspire lone-wolf attackers.

Further, while actors like Russia are helping fight ISIS, they are openly supporting Assad’s claim to power. A top Chinese military officer also visited Syria this week to show support for the Syrian president’s regime, according to an AP report.

It is unclear whether the U.S. will stick with a policy of seeking Assad’s ouster.

Obama in November reiterated that Assad must go, arguing that fighting in the country will rage on as long as he’s in power.

But other influential voices have questioned this view. According to a McClatchy report in May, Clinton adviser and former White House official Phil Gordon wants the U.S. to shelve its demand for regime change as a condition for peace talks.

Obama’s former Defense secretary, Chuck Hagel, also said in January that the administration has been “paralyzed” by its Assad-must-go demand.

Bloomberg reported in December that there is disagreement within the administration on whether regime change is necessary to end the civil war.

Meanwhile, the administration continues to blow by targets and deadlines and red lines in the struggling quest for peace.

The U.S. and Russia reportedly plan to convene for another meeting on Syria’s civil war on Aug. 26, in an attempt to forge a cease-fire.

But the AP reported that the U.S. issued no change in policy even as a target for political transition passed on Aug. 1.

Secretary of State John Kerry originally warned in May of “repercussions” without progress on a transition by that date. Earlier this month, Kerry said the U.S. would keep trying to bring all sides together in political talks.

He told reporters that it’s critical for Russia to “restrain” itself and the Assad regime from further “offensive operations,” and it is the U.S. responsibility to get opposition forces to do the same.

“Now, my hope is that we can arrive at that. If we can’t, nobody’s going to sit around and allow this pretense to continue,” Kerry said, without specifying what the consequences for the stalemate might be.