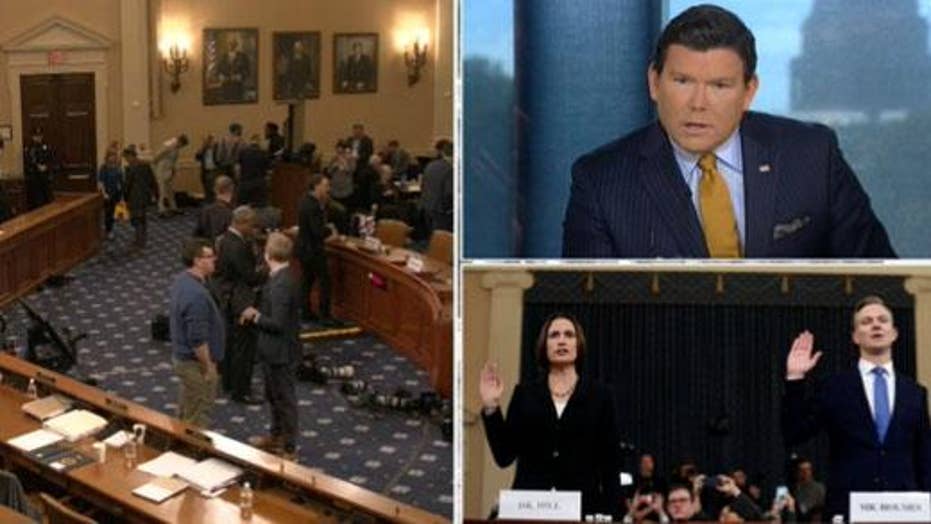 A former top Russia expert at the National Security Council who testified Thursday before the House Intelligence Committee as part of its ongoing impeachment inquiry into President Trump once argued against supplying weapons to Ukraine following the Russian annexation of Crimea.

Fiona Hill, who resigned from her post at the NSC in August, argued in a 2015 opinion piece published in The Washington Post that sending such lethal military aid to Ukraine could provoke Russia further. If Washington were to send weapons to Kiev, the piece argued, “the Ukrainians won’t be the only ones caught in an escalating military conflict with Russia.”

Hill, who at the time was the director of the Center on the United States and Europe at the Brookings Institution, said in the piece that while the logic of sending arms to Ukraine may seem a “straightforward” way to counter Russian President Vladimir Putin’s aggression, the move could actually cause Moscow to ramp up its incursion into its neighbor and erode the Western alliance.

“It is hard to find effective alternatives to the current sanctions policy, but if we plunge headlong into sending weapons, we may lose our allies, and we may never have the opportunity to get things right,” Hill wrote, along with Clifford Gaddy, a senior fellow at Brookings.

Hill, however, has since changed her stance on providing lethal aid to Ukraine. She acknowledged in Thursday's hearing that she was not initially in favor of sending Javelin anti-tank missiles, but eventually learned that a "lot of work" was put into the planning and there was a system for "sustainability long-term of the Ukrainian military."

"So, I changed my mind," she testified.

She likewise told lawmakers in her deposition in October that when she was appointed to her position at the NSC by Trump, she saw that the administration “had a proper plan for the long-term sustainability of the Ukrainian military.”

In her deposition, Hill acknowledged her past statements in The Washington Post on not supporting supplying Ukraine with lethal aid.

“Everybody changes their mind, you know, and kind of learns things, I, you know, was basically persuaded that, you know, this was actually worth doing, even though I still had qualms about Russian escalation dominance and was worried about how this would be provided and making sure not to provoke the Russians,” Hill said, according to a transcript of the testimony.

At the heart of the House impeachment inquiry is the question of whether Trump withheld millions in aid from Ukraine as pressure to get officials in the country to announce they were investigating the business dealings of former Vice President Joe Biden and his son, Hunter.

Hunter Biden worked for Burisma at the time his father was leading the Obama administration's diplomatic dealings with Kiev. Though the timing raised concerns among anti-corruption advocates, there has been no evidence of wrongdoing by the former vice president. 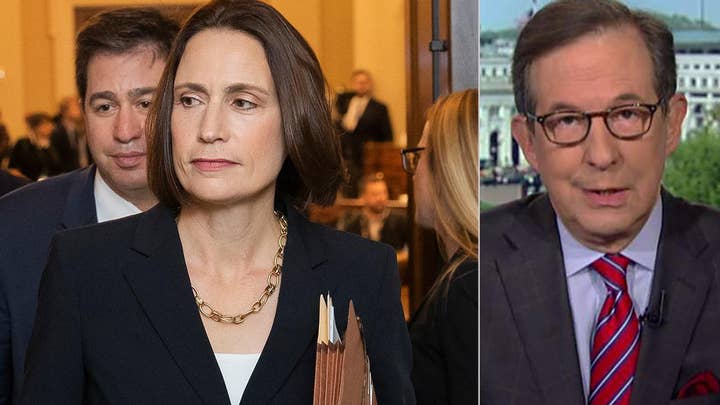 Republicans, though, have pointed out numerous times during the impeachment inquiry that the Obama administration did not provide lethal aid to Ukraine, while Trump ultimately sent the aid in question and committed to selling $47 million in Javelin missiles. In 2017, Trump also agreed to provide other lethal aid to Kiev.

“This was a very strong message that Americans are willing to provide more than blankets,” Rep. Devin Nunes, the ranking Republican on the Intelligence Committee, said. “This was the Obama administration’s approach.”

The Republican assertion that the Obama administration sent only “blankets” to Ukraine is a slight exaggeration.

While the Obama administration refused to provide Ukraine with lethal weapons in 2014 to fight Russian-backed separatists, it offered a range of other military and security aid. 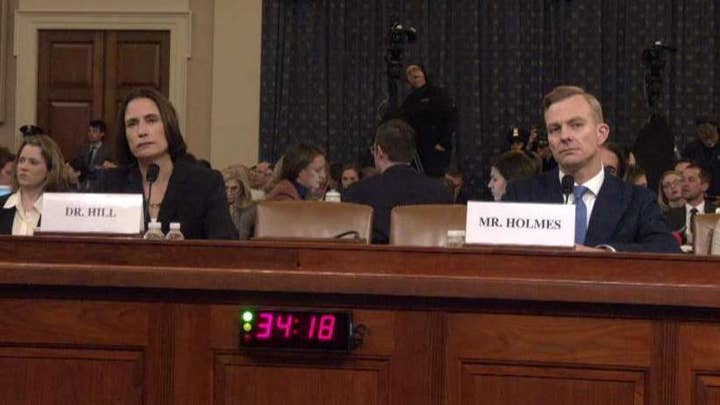 By March 2015, the Obama administration had provided more than $120 million in security aid for Ukraine and promised $75 million worth of equipment, including counter-mortar radars, night vision devices and medical supplies, according to the Defense Department. The U.S. also pledged 230 Humvee vehicles.

In the last year of the Obama administration, the U.S. established the Ukraine Security Assistance Initiative, which provided U.S. military equipment and training to help defend Ukraine against Russian aggression. From 2016 to 2019, Congress appropriated $850 million for this initiative.