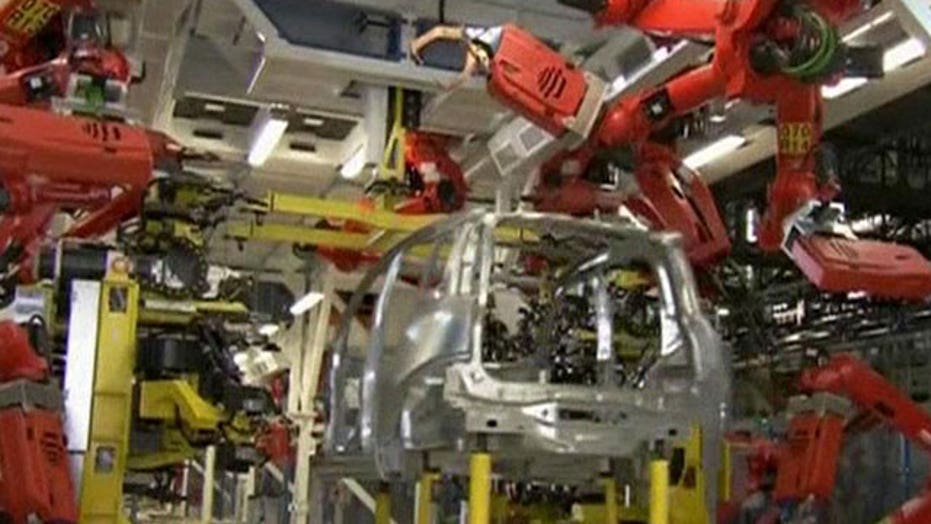 Federal regulations for auto dealers are costing America's economy more than $10 billion in lost sales and employment each year, according to a new study conducted by the Center for Automotive Research provided to Fox News.

"We are basically being regulated to death,” said Geoffrey Pohanka, chairman of the Pohanka Auto Group. Pohanka doubts that his grandfather would be able to start up this 100-year-old Washington, D.C. area family business in today's regulatory environment. He said 50 staffers at his group devote some portion of their day to regulation compliance.

He cited just a few examples.At his new northern Virginia Honda dealership, a state inspector recently found that his showroom roof needed to drain storm water more slowly to comply with state storm water drainage regulations. "The problem with that is that the roof is not designed to hold the extra weight from this water,"he said. "What would inevitably happen is these roofs would either cave in or we would get massive leaks."

His finance teams wrestle daily with Justice Department disparate impact regulations designed to prevent discrimination in lending. But the rules are vague. "They have not described to us exactly what action we must take," he said. "It's unintentional discrimination that we're doing, so we have to have a system in place to make sure you're not unintentionally discriminating against the consumer."

While an applicant with a sketchy credit history can get a car loan, Department of Homeland Security regulations stipulate a car-buying terrorist must not get one. The dealership must report to DHS any potential car buyer who might fit a terrorist profile. But the regulations are not easy to interpret, a dilemma exacerbated by the fact that terrorists tend not to announce their occupation when filling out lending applications.

In another instance of what Pohanka believes to be bureaucratic ineptitude, used car certifiers at his Honda dealership in Maryland were flunking a state-mandated test. One question in particular stumped his computer-proficient technicians. It asked what a "drag link" was.

Drag links are steering components that have largely been phased out of most cars for 30 years or more. Knowledge of them serves little purpose in contemporary car maintenance, and reflects, in Pohanka's view, the obsolescence of the state exam.

Forrest McConnell III, chairman of National Automobile Dealers Association, said car buyers are generally unaware of how the burden of regulation compliance adds to the cost of a car. "They would be shocked to know that 21 percent of the cost of the car is just what the manufacturer's cost is for compliance, “ he said. "That takes money out of their pockets honestly and hurts jobs,too."

Regulation is increasingly limiting the design perimeters for new cars, too. Testing has revealed that serious injury can result when a pedestrian's head strikes the hood. The hood itself acts as a cushion as it crumples, but that cushion effect ends as the hood impacts the engine block.

The new regulations require most new cars have a three-inch space between the hood and the engine block.

But designers can't just raise the hood line three inches without throwing the entire design out of whack. The windshield and windows must be smaller. The lip, where the sheet metal rises to the base of the windows, must be higher. The seats, too, must be higher so the driver can see over the higher hood, andthe wheels have to be bigger, lest they appear out of scale with the new proportions.

It's all money well spent, said safety expert Clarence Ditlow of the Center for Auto Safety.

"The cost of regulation saves lives, prevents injuries, prevents paralysis and overall the government takes into consideration and cost benefit already and if anything, there's too little auto regulation and not enough," he said.